Euan Lind on the evolution of his new 3D maker toy, Stems 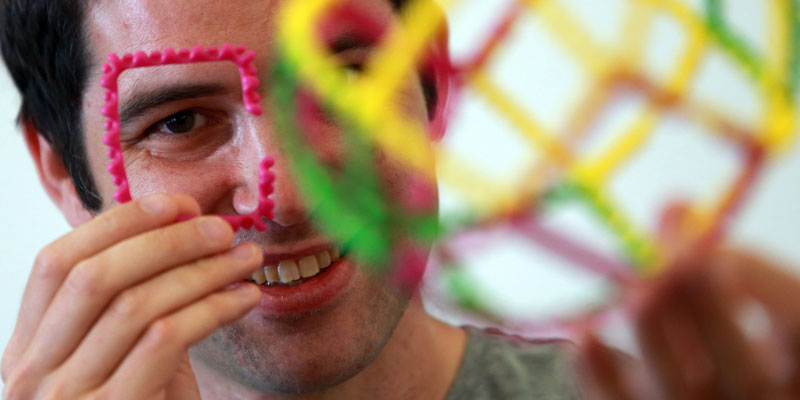 Deemed by the Edinburgh International Science Festival as “the most fascinating conversation your hands will ever have with your brain”, Stems has enjoyed a stellar first 12 months on the market.

Developed over the last five years by Edinburgh-based designer Euan Lind, Stems allows kids to explore and understand 3D geometry, as they create anything from bouncing balls, rolling wheels and even wearable accessories.

Ahead of his first ever Toy Fair in January, we caught up with Lind to discuss where the idea for Stems stemmed from, as well as how he balances the stress of running a start up with remaining on top of his game creatively.

What’s your history in the world of design?
I originally studied painting and have always been interested in art and all kinds of creativity but it wasn’t until I worked for year in Denmark in 2002 that I became fascinated with the world of design.

I graduated in Interdisciplinary Design from Napier University in 2008, having supported myself during the course by working as a nursery and school learning assistant. Highlights since graduating have included selling a table I designed at Christie’s auction house (on the evening of the financial crash in 2008!). I’ve also worked as a consultant on a variety of exciting product and interior design projects. 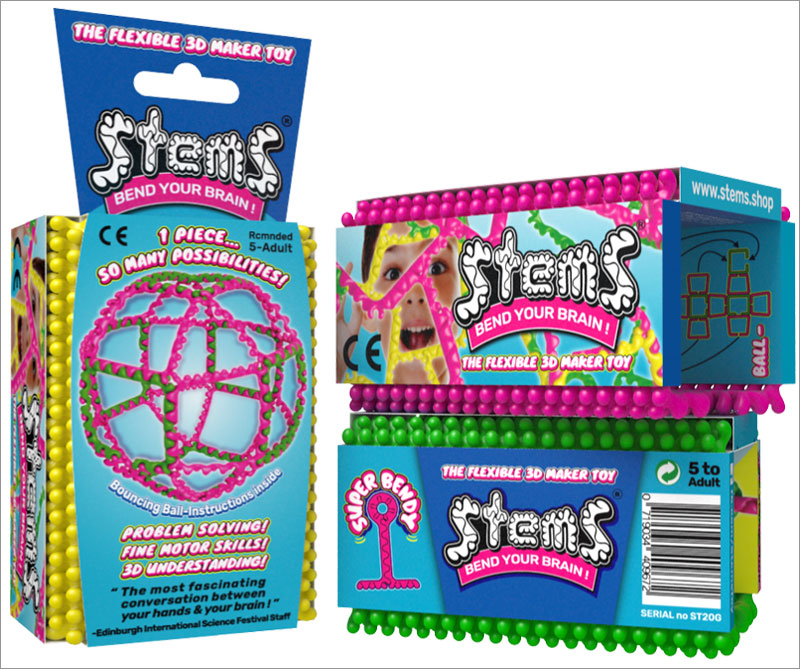 Where did the idea for Stems come from?
Stems evolved through lots and lots of small steps, many prototyped using 3D printing. The first was an investigation into whether I could design a simple zip like fixing with no moving parts to be made from a single material using the simplest and most efficient type of mould.

Having succeeded with this first part, another unlikely key moment came when I pealed an orange and playfully laid the skin flat in a spiral. I looked at it and reflected that if I could change that flat shape I could “change the shape of the orange” so to speak. This led to the idea of an expandable mesh which I realised could offer an amazing amount of geometric freedom and eventually led to the open sided shape of Stems pieces.

The whole process started around five years ago but the most important step was when the prototypes reached the hands of children for the first time and we saw the potential Stems has as a toy.

What has the initial response to Stems been like?
Fantastic! During our launch, the Edinburgh International Science Festival described Stems as “the most fascinating conversation your hands will ever have with your brain!” They’ve been a great advocate for Stems and early sales have been very promising. We’re now looking for partners to help us grow as we extend our geographical reach with an initial focus on museum and gallery shops.

I think a significant part of our success has been down to our rebrand as Stems at the start of 2017. Given how naturally the rest of the project evolved, it’s strange to reflect on how difficult this name was to arrive at, particularly given how obvious it now seems. We’re really excited at how well it reflects the wealth of ideas and ambition for growth we have as a company. It also helps communicate the educational value of STEM which has been a great asset as we’ve started to sell through Edinburgh Council into local schools.

How do you stay creative?
Sometimes the opposite can be more of a challenge. I have a lot of ideas and when I have one I think might be worthwhile, I always try to take it far enough to find out. I’d be selling myself short if I didn’t as idea generation and development is what I’m best at and what I most enjoy, but it’s often a challenge not to allow this to get in the way of more pressing aspects of running a business.

Mental health can be a concern for anyone running a start-up and in my experience being positive and open to all the world has to offer is the key to being creative. So it’s a precarious balance, as I’m not at my best creatively unless everything’s in order with the business, but I also try to look after myself by getting plenty of sleep and exercise and making lots of time for my family.

What are you hopes for Toy Fair 2018?
To have fun and meet people interested in helping us to take Stems to new markets. We can’t wait!