Gender agenda?: A look at why toy and game design is a male-dominated space 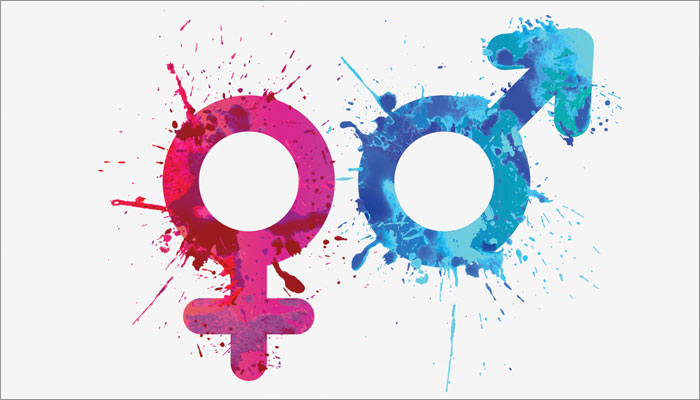 While a quarter of the Mojo Nation 100 is made up of women, only a fifth of all nominations we received were for females. A ripple effect of a male dominated industry or a result of the way product design is taught? We asked several key figures in the world of design for their thoughts on the issue, and whether this gender ratio reflected their own experiences in toy design.

Gina Melone, VP, Invention Lab, Hasbro
“Our company and team believe that diversity is a critical key to unlocking innovation. We are striving to incorporate more diversity overall – this includes more female designers and external innovators. We invite the creative community to work together with us to continue to make that happen! At Hasbro, our Global Product Acquisition team, by design, is more diverse today than ever before. As a global company serving all markets, audiences, fans and families around the world, different perspectives are a key element in a successful innovation strategy. We believe that diversity of thought is not only the right thing to do, but leads us to the most exciting creative solutions.”

Suzanne Robinson, Director, Carterbench
“It is interesting that there are so few women in design roles in the toy industry. I’m wondering if it is a reflection of the degree course. I studied Industrial Design (back in the Eighties!), and was the only girl in three years of my course. They have since changed the name of the course in Manchester to ‘Product Design’, which I think has attracted more female designers as it feels there is less emphasis on the engineering aspect. My observation currently is that there seem to be more women in marketing roles in the toy industry and very few female toy inventors – I wish there were more!”

James Austin-Smith, R&D Concept Manager, Worlds Apart
“At Worlds Apart, we currently have more women than men in our product design team and in the years I have been here, the team has always been pretty evenly split. We do see a slight bias in the more engineering and CAD type roles, which tend to have more men, but I don’t think this is anything to do with industry or education. Our society has only been driving gender equality for a few generations and I think it takes a while for this to impact on the aspirations of our children and the jobs they grow up to do, before education or opportunity even get to play a part. What is great is that change is happening which benefits our products, our industry and the product designers of the future who are playing with our toys right now as kids.”

Rena Nathanson, Top Banana, Bananagrams
“It’s an interesting observation…and true! I guess I had to adjust from the beginning to the fact that the toy and game industry is very male heavy. Luckily, I was brought up by my father in such a “you can do anything” way, and am very grateful for his support. Personally, I have always had many male friends, so I am very comfortable in male company. It can be intimidating if you enter a room for a meeting and there are six men sitting around a table! But I find humour a really good ice-breaker! Saying that, Bananagrams is 2/3 ’s female heavy – by serendipity, I promise! We just try to get the right person for the right job.”

Phil Sage, Senior Director, Design & Development, iPlay, Hasbro
“I’ve witnessed a different breed of entrepreneurial male and female co-ops/interns entering our business – fast learners, smashing every expectation, delivering innovative thinking and making a significant difference. It’s exciting to think what this pool of talent, their outlook and determination can bring to our industry. At school, they are blending business, innovation and design, naturally giving them a different perspective. Those who haven’t stayed with us, have leaped into successful start-ups, or seeded themselves in multi-billion dollar global corporations. The future of our industry is accelerating through youth, diversity and equality, respecting history and experiences. As long as universities offer the right choices, encourage bold thinking and embrace consumer insights, the future of play will certainly deliver.”

Ashley Mady, President of Women in Toys, Licensing and Entertainment
“I believe this current imbalance is a hangover from the past, but the good news is that a shift is in motion. We at WIT are creating more opportunities for female inventors by giving them exclusive access to leading companies, inventor relations executives, and key decision makers. Through our Scholarship Program, we’re finding that more female students are choosing to study engineering than ever before. This coupled with more companies investing in, and focused on diversity and inclusion should allow more female inventors to rise to the top. It may take a little time to feel the change, but it is coming!”

Peggy Brown, Owner, Peggy Brown Consulting
“I’m quite surprised that a fifth of the nominations you’ve received of influential figures in the toy and game design industry are women. That number seems about 75% higher than I would have guessed. For starters, take a look at the home page of Mojo Nation. Count how many stories have men as their topics or at the center of the article. Then count how many are about women. I count nine stories/headlines about named men, and one about a couple. That’s 10 to one, with the one woman represented as a partner to a man. This is very typical of most industries – they are led by men, dominated by men, controlled by men, news is aimed at men about men, accolades go mostly to men, most and best opportunities are given to men first by men, and the cycle perpetuates. I don’t know if you’re following what’s going on in the news today, but there is an enormous backlash of women trying (as they have for millennia) to break the male power complex, and it ain’t pretty. And men aren’t happy about it. It’s funny to me that men are bewildered about why more women aren’t involved in such things. Ridiculous, actually. A recent article in The New York Times, ‘From Ancient Myths to Modern Day, Women and the Struggle for Power’, is a good place to start (and finish) on your search for potential reasons more men go into toy and game design than women. It’s the same reason there are far less women in practically all fields of influence globally. To look for other reasons, like women don’t like to design things, or they’re no good at it, or they would rather be housekeepers, is just plain absurd.”