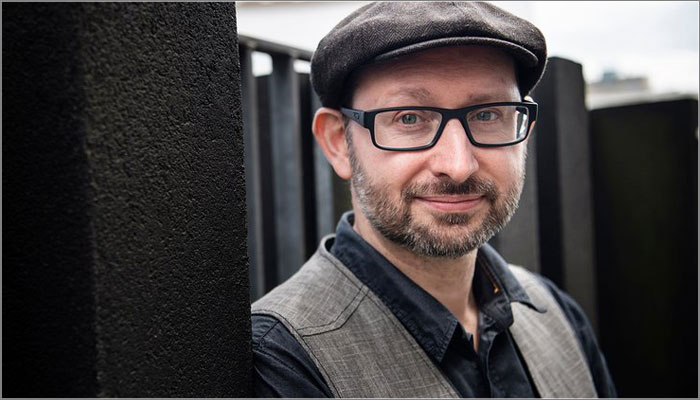 After 12 years spent at LEGO – working on projects including LEGO board games, the LEGO Worlds video game, the LEGO Life social app as well as the company’s first forays into AR and VR – this year saw Cephas Howard launch his own design agency and consultancy in the form of the Play.institute.

The Play institute aims to further the development of products, insights, methods and practices relating to play and offers everything from consulting to collaborations with companies on new areas of play and innovation.

We caught up with Howard to learn more about how his time at LEGO shaped his approach to design, and what the future holds with his Play.institute. 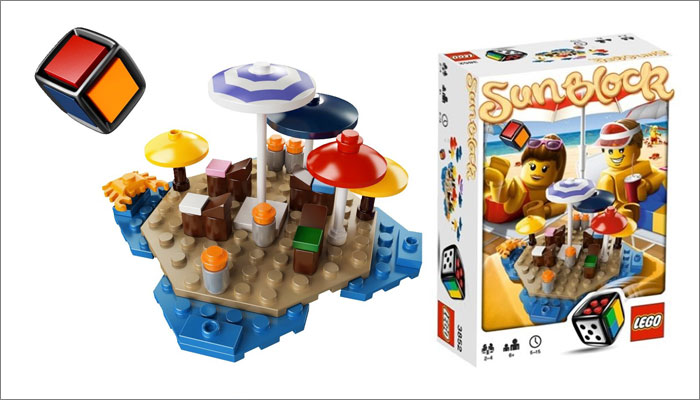 How did you get your start in the world of toy and game design?
Aged around eight I remember asking my Dad: “Does someone get paid as a job to design LEGO sets?” And he replied, “Yes, I guess they do.” He was also an entrepreneur and had been a published children’s book author in his time.

That was a light-bulb moment for me that led to me designing toys and games at home for my brothers and friends and then opening a pop up toy shop aged 12 for two months. I sourced or created all the toys, self-funded it and more than doubled my own invested stake money even after expenses and keeping some of the toys myself of course.

Roll on a few years and after a successful stint in London in advertising and media and fluttering with some early start-ups, I was planning to start my own games company and started work on the first few titles. But instead, at the last minute, I spotted – and then couldn’t resist taking – a job at LEGO in their concept lab in Billund to design the future of play.

Initially my thinking was to learn from the masters for a couple of years then go back to my own thing. However, I ended up having a lot of fun with some amazing people and two years swiftly turned into 12 years along with a fantastic run of launches including LEGO board games, the LEGO WORLDS video game, LEGO Life social app, LEGO’s first mobile VR and AR experiences and a host of other fun things – including three kids of my own.

Talk us through your time at LEGO – how did that help shape your approach to design?
At LEGO I was able to get access to an incredible amount of historic and current information and research on kids and play as well also prototyping and hands on testing opportunities for new concepts.

The brand name opens many doors (and hearts) and I was lucky enough to meet and work with some of the best people and brands in the world: Google, Apple, Microsoft, Samsung, Warner, Sony, IDEO, Take 2, SUPERCELL, Reiner Knizia, Bernie DeKoven to name a few of the external companies or characters. 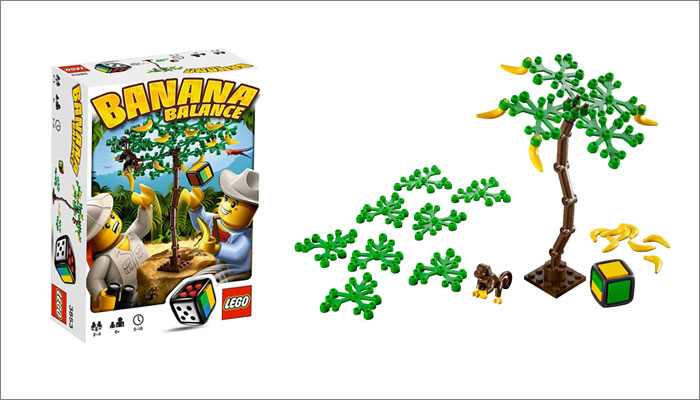 You worked on a line of LEGO board games. I’m interested in what that process was like – creating games that are infused with the DNA of LEGO – and do you think with the soaring popularity of board games today, that it’s an area LEGO could (or should) dip a toe back into?
The LEGO Games line was something I pitched, designed and built up, so I have a special place for it in my heart. It combined my passions of simple fun games that anyone could play and LEGO creativity with construction bricks as a creative material – inventing the LEGO dice that symbolised and personified all that was another career highlight. We tested and developed the games with kids, we built a small internal design team that I led and were challenged assisted and inspired by great minds like Reiner Knizia and Brett J Gilbert at certain points along each development cycle, particularly on rules wording and simplicity. 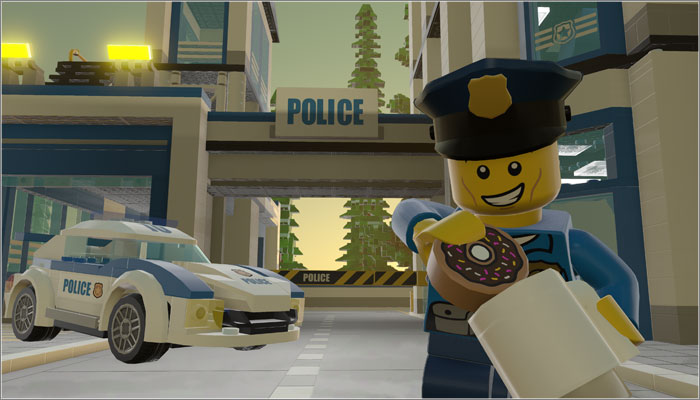 And after working on LEGO games, what other parts of the business did you work in, and how did it inform you creating Play.institute?
My last role was Director for Digital Play Innovation at LEGO, where I was leading a small team developing new and creative ways to play with LEGO digitally, including the LEGO WORLDS video game with TT and Warner and our first forays into VR and AR working alongside Schell Games and Google. After that, I helped initiate LEGO Ventures (https://legoventures.com/), an investment team in the LEGO Brand group that invests in companies that fit the LEGO idea and values.

After all that, I wanted to start something of my own and also help other companies that did not have the advantages or accumulated knowledge that LEGO has, but could benefit from the experience and wisdom I had gained over the last dozen or more years understanding kids and play and pushing the play envelope, particularly in the emerging digital worlds and spaces.

I also have a desire to combine play with learning and creativity in ways that I feel are not being addressed enough or in the ways that my mind wants them to be done. Striking that balance between play and learning, and open-endedness and structure, is a line I love to tread and challenge myself with.

I am releasing a series of books where I am attempting to strike that balance between play and learning for younger kids in areas like literacy, math, art and games.

And I am equally happy to help others solve their own company challenges or identify new areas and opportunities for growth and innovation. I have worked with one man or woman individual business all the way up to some of the biggest and best-known companies in the world.

Reach out to me at cephas@play.institute to start a conversation going.

Do you think the toy space is in a good place creatively at present?
I still think there is not enough innovation and investment in new play types and play offerings. The exception for me is the Kickstarter board games space, which is booming and thriving with innovation being supported by directly speaking to the end user who can vote with their wallet. It is still particular types of games and genres that do well on Kickstarter, but it’s still an amazing boost to the category and has created incredible new opportunities for some new names to get their chance.

VC investment in physical play and toy offerings is still very scarce to non-existent. I think that the struggles of the toy stores and the closures of Toys R Us is evidence of the lack of standout novelty and appeal of physical toys versus video games, YouTube and apps with kids today.

I also think that smartphones and social media are consuming more and more of not only kids but people’s time in general, leaving less time for physical play and toys in general.

How do you fuel your own creativity?
I am still a creative child at heart. Essentially, I am still trying to do the same things I did as a kid, student and in each role or job I’ve ever had. On a daily basis I have new ideas and I try to execute the best of them to the best of my ability, and also work in a way to make some or all of them commercially viable.

I have always seen myself as a kind of commercial artist rather than a product or experience designer. I want to create art and appealing social play, but I try to do so in a way that can scale and appeal to a wider demographic than, say, a fine art painter or sculptor, while still striving to be that artist too at heart. We all wish for that total creative freedom you have as a child and I try to give that freedom to kids with and through my designs whenever I can.

Keep striving and pushing yourself out of your comfort zone, you can’t innovate safely or comfortably, but it can still be fun, playful and exhilarating. 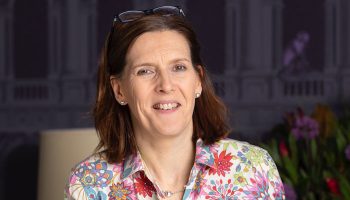 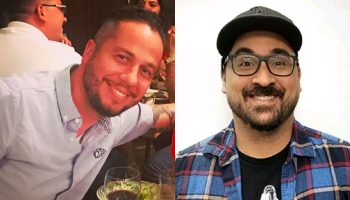 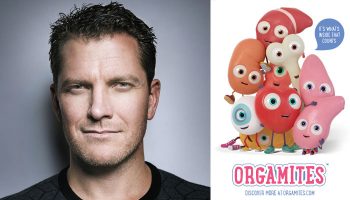 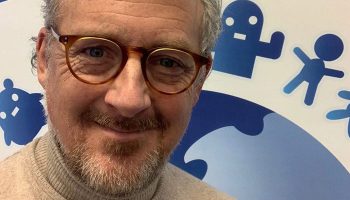 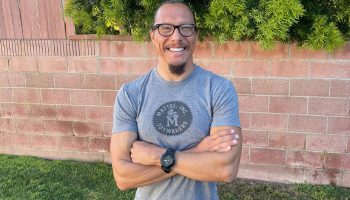 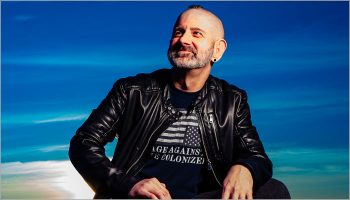