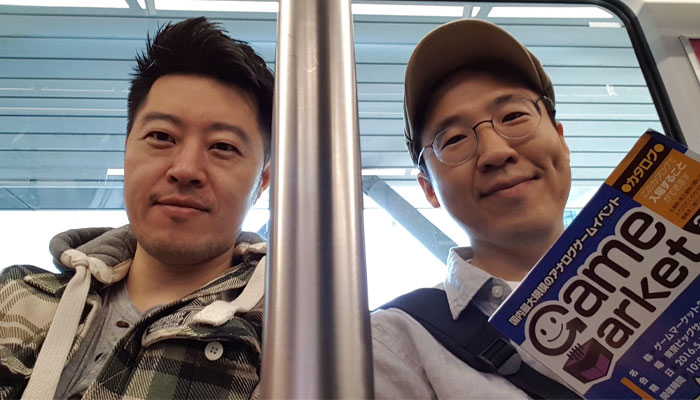 Juhwa and Guing, welcome – I love a doubleheader interview! For those of our readers that don’t know you, how did each of you come to be working in the industry?
Giung: Becoming a game designer has been one of my childhood dreams. About ten years ago, my first published game, King’s Pouch, won the Grand Prix in the Korea Board Game Design Contest. Since then I’ve designed some more games either alone or with colleagues.

Juhwa: I saw an advertisement for a game contest and started making board games after participating in the contest. A year later, the first game, Dark Horse was signed and commercialised.

How did the two of you meet?
Juhwa: We first met at a board game test meeting in 2010…

Giung: At that time, board game production was just beginning in Korea. We had a board game design meeting once a week with several designers. In the midst of such constant meetings, Juhwa opened a board game café… His cafe’s name was Small World, and – as the name suggests – his cafe became a small world that connects board game designers and board game industry officials. 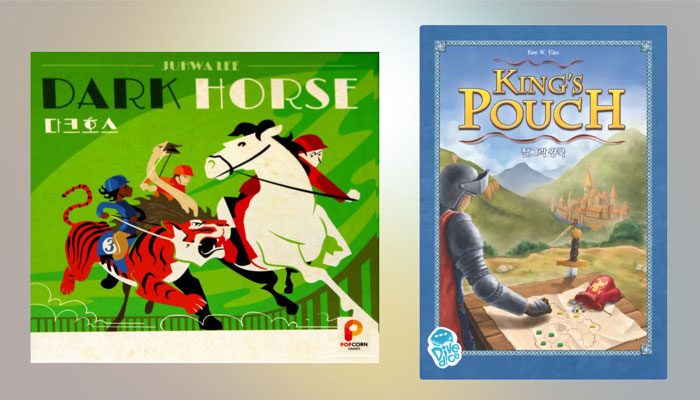 Including you, presumably, Giung? You visited?
Giung: Oh, yes! I went to visit whenever I had time, and naturally got to know Juhwa and share ideas about games, so we made several games together.

Let’s move onto that: what is it that each of you appreciates about the way the other one works?
Juhwa: Giung has a lot of experience with boardgames and has the insight to understand and analyse the structure of the game… And when testing a game, he always gives me advice and positive messages, so it always boosts my confidence.

Brilliant. Giung?
Giung: In particular, Juhwa has worked for Ebay in the past, and has experience running several businesses. Perhaps because of this, when he looks at a game, he doesn’t simply look at whether it’s fun or not, but objectively whether it’s a product that can be used in the market.

Plus he owns a board game café…
Right – yes; he constantly watches actual customers selecting and playing boardgames. That means he actually knows very well which groups of people like which games. This knowledge gives us an objective standard when we make games for a specific target audience. 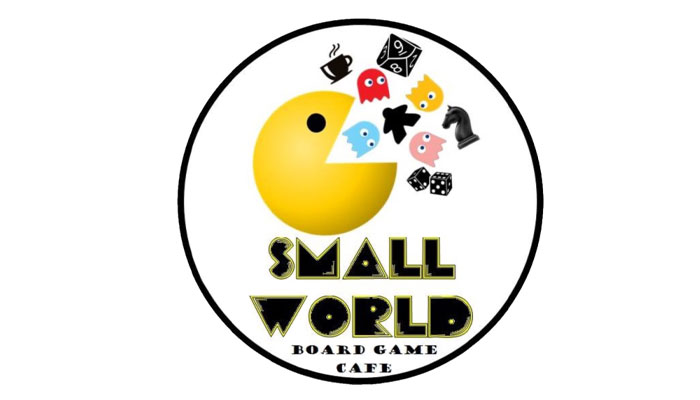 If I understand correctly, you previously worked together on Cat Café and Cat Tower. Your latest game, though, is Last Message. How do you describe it?
Giung: In fact, Last Message was designed before Cat Tower. Although the two games have different themes and genres, they are basically very easy and playable games in a short time.

When I was a hardcore gamer, I had a great desire to make a good strategy game. So the first game was a bag-building game, with a twist on the euro game. But now I’m coming up with ideas in the direction of making easy and light games.

What was your thinking behind that?
Giung: There are two reasons… First, as I’ve raised children, my desire to make games that children can enjoy has grown. Second, I have to spend a lot of time working as a doctor and raising two children. So, I’m going to focus on making fun family games and party games for a while. 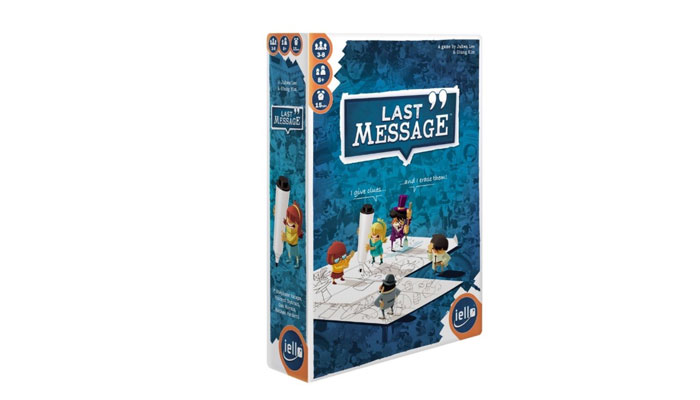 Giung: I suggested the idea of making a deduction game in which the player erases some of the clues. The first prototype was in the form of pictures of the suspects arranged in the middle, and the player giving a hint by writing letters. Another player was to obscure the hint by erasing some of the letters. It wasn’t bad for a very simple card game, but there was a sense of déjà vu.

By which I mean what? But it wasn’t quite new enough?
Giung: Yes; we needed an element that would make the game unique. After some tests, Juhwa brought Where’s Wally?… Those matched perfectly! Applying the artwork with the crowd, we extended the limit to allow both text and drawings when giving hints, and at that moment the game was almost complete.

I love that there was a quantum leap forward like that. So… When two designers work together, I’m curious: who does what? Do you have specific roles?
Giung: There’s no special role when we’re designing, no. We share and refine ideas constantly until something shiny comes out. More generally, game design is very exciting when you first start out. However, if the test is repeated, and the fun of the game proves to be less than expected, a feeling of depression comes – as if time was wasted. 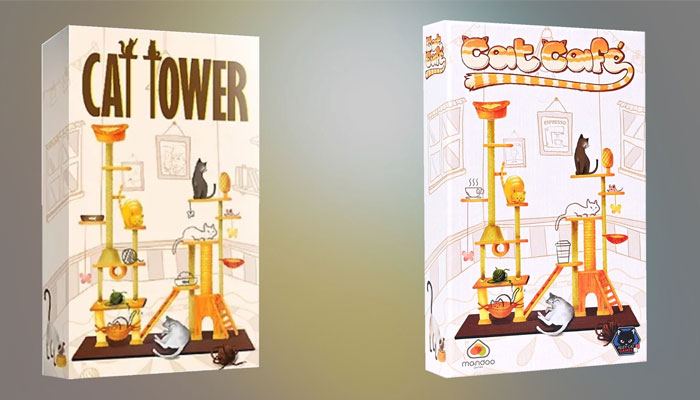 But that’s less true with a colleague?
Yes. If you have a colleague who makes a game with you, you can overcome this process. Since the process of designing a game together is a game in itself, you can be satisfied with the process itself and try a new design… Even if there’s no satisfactory result.

Therefore, designing a game with Juhwa has always been a fun process. I’m very happy to have a partner to try to find positives in each other’s ideas and to discuss all kinds of play, which are resources of the inspiration.

What was the biggest challenge with the game?
Juhwa: We tried to make a deduction game that’s completely different from current deduction games, requires the creativity of the players, and – most importantly – is simple enough to play with the family. That was a big challenge.

Giung: I think deduction game design is how to weave a hint. Hints shouldn’t be too easy or too difficult… In this game, players give hints by depicting suspects. Even though players give hints freely, we had to create the structure and rules so that the difficulty of hints is appropriate.

In that respect, how did you know when you’d got the balance right?
Numerous tests were carried out to satisfy this goal, and in the end two devices were selected. First, we split the hinting squares so that the interfering player can clear a certain number of squares each round. It allowed the game to progress through the second half without hampering the player’s creativity, and created a lot of unexpectedly funny situations. Next, we made sure there were enough suspects – actually a huge crowd – to make sure we could play multiple times. 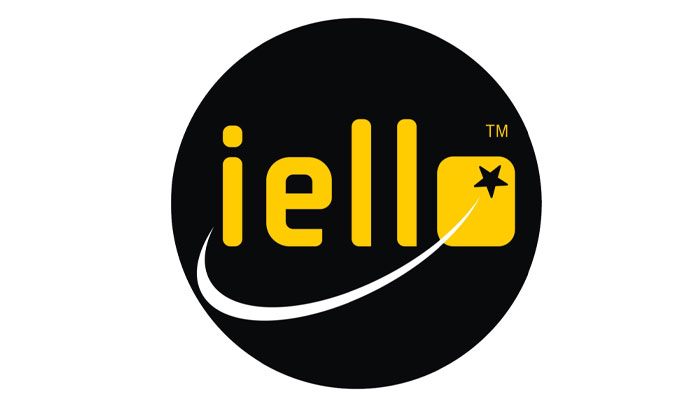 Terrific! And how did you come to pitch it to Iello? Did the game change much with them on board?
Giung: Thanks to Forgenext, Last Message was sent to Iello. The rules of the game itself haven’t been changed. However, Iello produced Last Message filled with the great artworks from the great artists. We are so happy that the result far exceeded our expectations, and really grateful to Forgenext and Iello.

Juhwa: The game hasn’t changed much, but the title has changed. The original name of Last Message was Dying Message. Since Iello was targeting a family game, they have refined the title.

More generally speaking, what keeps each of you creative?
Giung: I think there is no secret in creativity. Making something new is a deligent series of trial and error. I can keep doing this because the process itself is fun. I really enjoy designing games, especially with colleagues.

Juhwa: The creativity comes from the affordability. It takes lots of effort like exercising to build stamina, maintaining good relationships with people close to you, or studying for economic development. 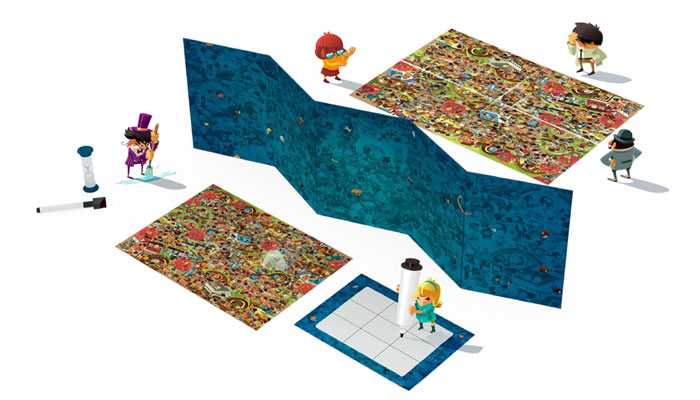 Conversely, what’s the one thing you find kills creativity?
Juhwa: The greatest enemy of creativity is lethargy. In order not to create such a state, I always put a lot of effort into my health.

If each of you could wave a magic wand and change one thing about the games industry, what would it be? Apart from having more time!
Juhwa: As the years go by, more and more board games are being traded online and fewer and fewer by offline shops. As the proportion of online shops increases, the quality of products is gradually declining and the market is changing to price competition. I hope that there will be more offline shops so that many consumers will have more opportunities to touch and play games within their daily lives.

Great stuff! What’s next for the two of you?
Giung: There are two or three games we’ve been designing recently. Maybe the card version of Cat Tower looks the most likely to be released, but, as you know, when and which game will come out is not something we can decide. We just hope that we can release a game per year.

Giung: A picture of my face which my daughter drew. Her lovely crooked line always makes me smile. 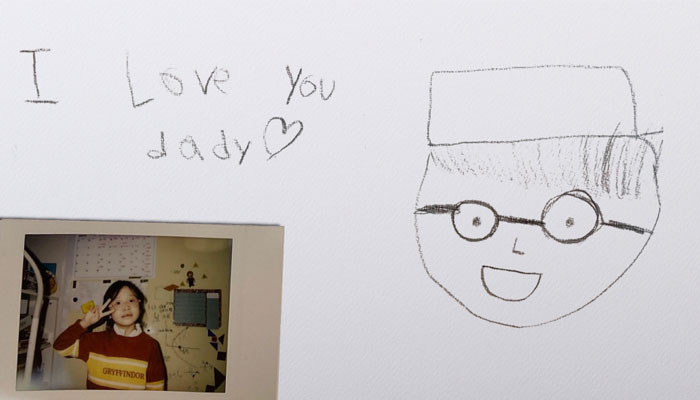