Emma May talks Kickstarter, creativity and what’s next for her card game series, Quirk! 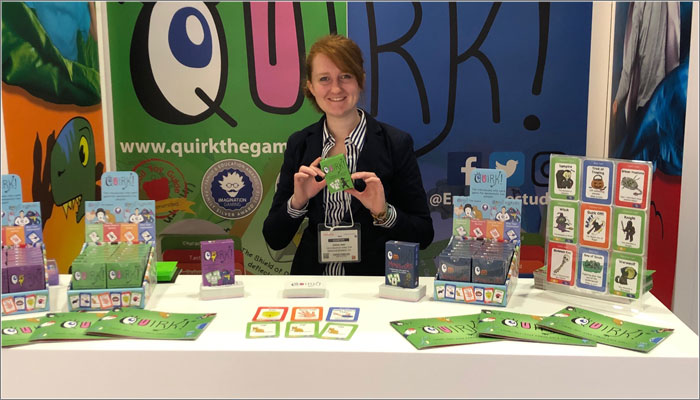 Having scooped awards from Imagination Gaming and a ‘Recommended’ stamp from The Good Toy Guide, Quirk! – the ‘ridiculously silly game for awesomely-fun people’ – has enjoyed a stellar debut since launching back in 2017.

The first game from designer Emma May, Quirk! sees players act out the quirks on the character cards as they attempt to collect sets, spanning everything from pigs to pirates. Quirk! has since been bolstered by two popular follow-up titles – Quirk! Legends and Quirk! Monsters – and all three are now heading to the High Street this year.

We caught up with May to learn more about her journey to date with Quirk!, and how an online hub for the game is in the pipeline. 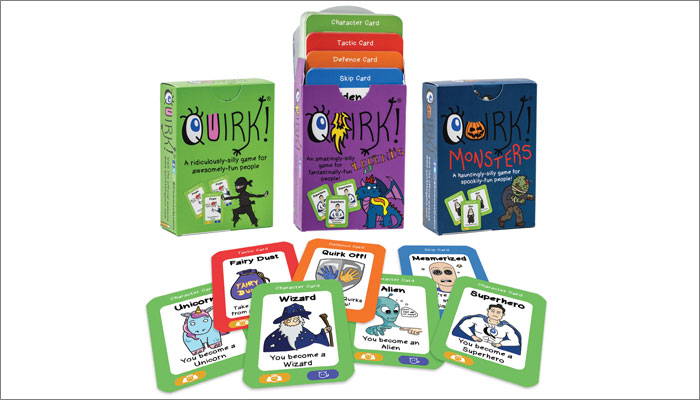 How did the idea for Quirk first come about?
It all started in 2013 when I had written a book called 365 Days of Getting into Character. Each day I gave the reader something different to be. It started out as an entirely positive book after my friend told me she had bought 365 Days of Personal Power by Tony Robbins and realised it was just a two hour audio session.

As I progressed with making the book for her, I realised it was tough to find 365 positive things, so I mixed it up with silly/funny characters and objectives. Things like “Today you are a pirate, talk like a pirate to everyone you meet”. When another friend of mine got the book, they told me it was too hard and was driving them mad, so I quickly thought that was great feedback for a drinking game. Cards with Character was invented from there in the same year; a mix of many drinking/childish games all rolled into one.

I funded Cards with Character on Kickstarter and printed 100 copies of the game but unfortunately it was so complex that everyone needed the creator there to understand how to play.

Fast forward four years, I ended up networking with other entrepreneurs and showing them my original game. A lot of them said if I brought it out for Christmas, it’s definitely something they would buy for friends and family, but it had to work as a two-player game as well. So I got to work with the help of my sister and we decided what would work and what wouldn’t and restructured the game into what it is today.

Did it take many forms before it become the Quirk that’s on shelves now?
The game has changed so much since I first developed it in 2017. It took two weeks to revamp the original concept and include additional designs for ‘skip’ and ‘tactic’ cards. I prematurely took it to Kickstarter with very little marketing around it and the project flopped.

I then playtested over five months with random groups of adults at board game events, I asked in forums about artwork changes, I tested the cost points, removed cards and added cards. We Kickstarter’d again and funded while exhibiting at UK Games Expo for the first time in 2017.

I’ve been actively gathering feedback over the first two years of the game’s production as we’ve taken to the road and exhibited across the UK, improving the aspects of the game as its popularity has increased with young children and families. Some of this meant tweaks to the rules to stop optimum strategies and increase playability to redesigning the packaging for retail. 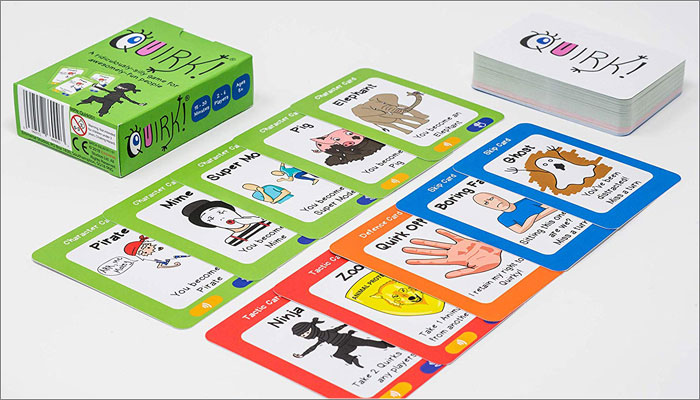 There’s been two follow-ups – Quirk Legends and Quirk Hallows/Monsters – how did these come about and are there future Quirks in the pipeline?
I have to admit I did things a little backwards in my development of Quirk! I took my game to Kickstarter before sending the games out to reviewers, so our feedback came in after we had funded the game. These reviewers were excellent though and tested with groups of kids which sprouted us a lot of positive reviews, some just saying “buy it!” Because the concept was loved so much by children, they were seeking more characters to play with. I adore my supporters so much I wanted to give them that next game to add to their collection.

Originally, Legends was going to be called Quirk! Bizarre, but the more and more characters I added, I realised they fit the category of legendary/mythological characters. It was one of my most successful Kickstarter projects, raising over £5000, and is still the most popular at hobby shows and conventions.

Hallows/Monsters came about from wanting to expand the series into a Halloween themed game and it was a goal of mine to have two games released in 2018, giving us a trilogy of games to showcase.

I would love to increase the brand with more characters in the future. I have ideas to add more animal packs or to create a collectors box where you can make your own Quirk! game whenever you want and store all your cards together.

I’ve already invented expansion sets that have been Kickstarter Exclusives for the time being – these include ‘Mischief’ and ‘Trick or Treat’ cards. They add a lot of dimension and increased strategy to the game, making it even more competitive than usual!

When I test my games, I don’t just ask for feedback but I watch how people are playing, and then ask specific questions around those actions. I found out one character card wasn’t being used. That feedback led me to understand I was confusing my audience and that it needed to be removed for a better player experience. 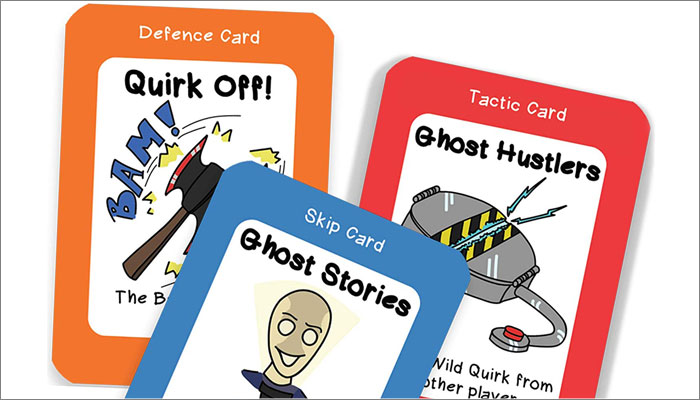 How do you stay creative?
I fuel my creativity by imagining the concept I want to deliver. I think about the thing I want to accomplish and I imagine it being created in the best way possible with all the bells and whistles. Then – and this bit is odd – if I giggle at that concept in my head, I know I’m on to something because it makes me smile.

I’ve also learned not to force my creativity and let it come naturally, so I will break up my day by walking my dog or writing a song and playing guitar. But sometimes I’ve had to turn on creativity for a deadline, so I go searching for inspiration or talk to amazing people and then the ideas start to take shape in my mind, then to paper and then into my work.

What are your main aims for Quirk this year?
Now we have three games making their way into High Street retail, the focus is on increasing the exposure with the brand and looking to do more social events where we can capture imaginations and have fun playing the games.

One aim is to develop our website into a hub for children and parents where they have a safe space to learn more about the games, interact with our characters and engage with activities to improve their confidence in social situations. I feel like this may take some time but it is an ambition for our growth in social development which Quirk! is heavily based on.