“It already feels like there are fewer younger designers in the toy space than there used to be”: Toy creators on what the drop in GCSE students taking creative subjects means for the industry 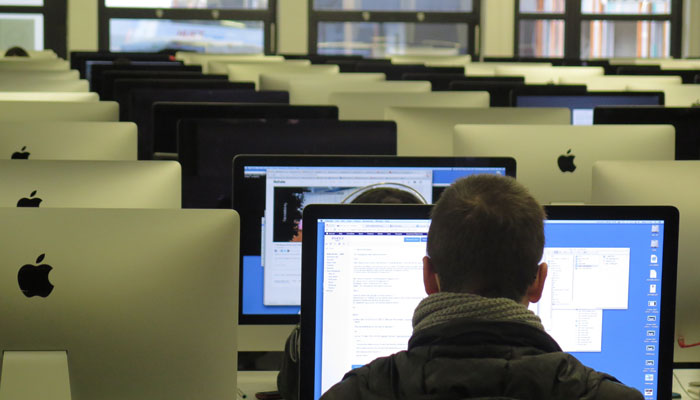 A recent study by the Press Association has revealed that the number of teenagers being entered for creative arts subjects at GCSE in England has dropped significantly in the past five years, with those entered for GCSE Design & Technology dropping by 32 per cent between 2012 and 2017.

As a result, there are fresh concerns that the UK’s creative industries could be damaged as a result, especially with ministers stating they want to see 90 per cent of students taking the EBacc (a league table measure which only judges schools on the number of students that take up Maths, English, Science, a foreign language and either History or Geography) by 2025.

We asked some of the leading figures in the world of toy design for their thoughts on the risks posed by fewer students taking on creative subjects.

Richard Heayes, Founder, Heayes Design
“The emphasis on STEM – although important – has caused real issues for the perception of design. Many people have no real idea what design is as a career and how important it is in the development of new products and services. In my experience, industrial design teaches not only good design principles but also business fundamentals. In a recent Fortune 500 report, CEOs were asked what key skills they thought were important in the future. Creativity was#2! Many companies are now putting CCO’s (Chief Creative Officers) in place. Design courses need to evolve and push entrepreneurship alongside design as the two combined make for a powerful real world skillset.”

Fi Murray, Founder, Creating Things
“This is sad for the future of innovation. Creative subjects breed and foster the disruptors, problem solvers, engineers, creators, makers and innovators of this planet – one of UK’s largest exports is innovation and creative. D&T is where innovation and design-led thinking can be taught alongside the physical skills. The positive is that colleges, sixth forms and higher education is a time where creative students can still follow their passions and hone their crafts.”

Pete Cartlidge, Director, FUSE London
“My academic path to the toy industry was built at secondary school – gaining GCSEs and then an A-Level in Art & Design before going onto study industrial design at university. Most of my peers in the toy design and invention community did the same. School was very important for nurturing my early artistic and creative talent and curiosity. It’s a concern that modern schools with performance agendas, might be encouraging pupils to pick from core subjects which don’t include the creative arts. I think this will undoubtedly limit the talent flowing from the school system into higher education, and subsequently into our industry.”

Bethany Koby, Founder, Technology Will Save Us
“The technology skills gap is a national crisis we can no longer avoid. A significant drop in Design & Technology students should raise alarm in both industry and government circles. At Tech Will Save Us we see there is a need to inspire kids and parents to get comfortable creating with technology at an early age in order to start filling that skills gap.”

Warren Jacobs, Product Development Manager, Interplay
“I have children of high school age. Whilst attending open evenings I’ve seen first-hand a well-regarded Grammar school that has removed their ‘Design and Technology’ department entirely due to lack of funding and a focus on academic subjects. No wonder the number of students adopting the subject are dropping! It’s the Tories and their focus on the ‘Three Rs’; I fear that our kids won’t have an option to take up a creative career if things continue. I wouldn’t be a toy designer without CDT at school.”

Gillian Logan, Director, Skinny Sketcher
“In stark contrast to England, Scotland continues to favour a broad based curriculum where children can study up to eight subjects at exam level. Thankfully this includes music, drama, art and design, albeit funding and a teaching shortage makes delivery challenging. Perhaps the government believes that by focusing on a small amount of subjects, students and their schools will progress through the league tables more effectively. But there’s a danger in making certain subjects hierarchical, where a value is placed on maths, science and language, while the arts are relegated. By pursuing a model where testing and accountability are the priority, learners are missing out on the opportunity to develop their creative thinking, at a point in time when creativity is needed in the work place more than ever.”

James Austin-Smith, Head of R&D and Product Design, Worlds Apart
“As both a designer and a parent, the reduced emphasis on creative subjects is certainly troubling. I studied a mix of art and design subjects at school and it certainly shaped the direction of my life from then on. I found so much joy in creativity and it was very much the first few steps on the journey to becoming a toy designer.   I really hope it doesn’t impact the world of toy design, it feels like there are already fewer graduates and younger designers in the toy space than there used to be, and in an industry that is so hungry for newness and innovation we definitely have room for some fresh young thinkers. As ever, a good toy designer needs to be driven, a natural problem solver and overflowing with creativity and passion: so the optimist in me sees the talent we need still finding a way to us. But it really does send a negative message for kids trying to pick a direction that might include our industry as a destination for their futures.”