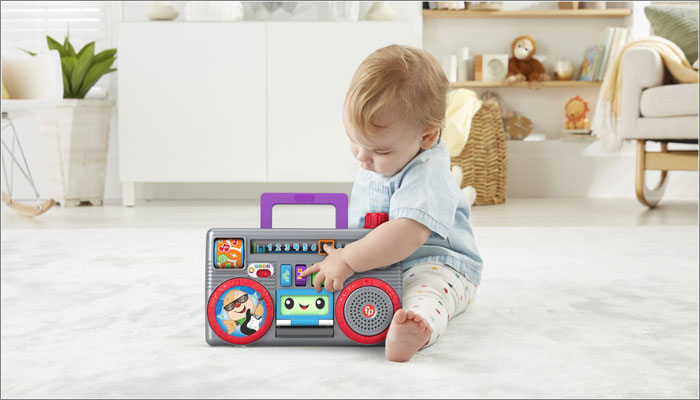 Fisher-Price has launched a new retro line inspired by the Eighties and Nineties.

The new Laugh & Learn line for babies and toddlers includes a boombox, a mixtape and a hand-held gaming device.

“Our Laugh & Learn line was created more than 15 years ago as a platform to teach the alphabet, counting, shapes and more through everyday objects children see at home,” said Chuck Scothon, Senior Vice President of Fisher-Price and Global Head of Infant and Preschool, Mattel.

“Now, this line will also bring those learning experiences to life through toy versions of nostalgic products that parents and caregivers grew up with.”