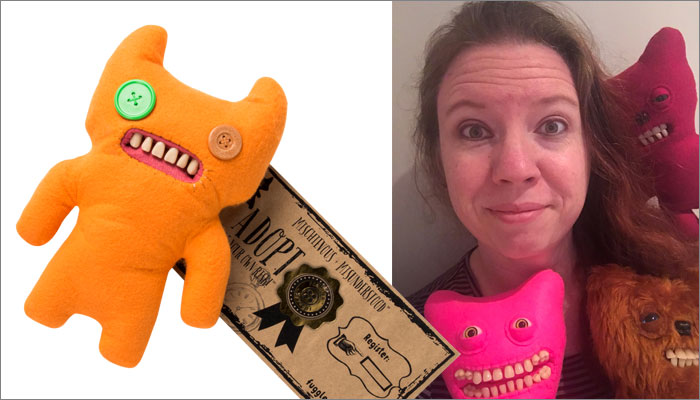 While looking for a Christmas gift for her husband, Louise McGettrick fell into an eBay-shaped rabbit hole where she eventually found herself at listing for a bag of false teeth.

This strange source of inspiration led her to create Fugglers, a line of ‘funny-ugly’ monsters with a once-seen, never-forgotten appearance. What began as a hobby has since evolved into a line of plush toys, set to hit shelves in July from Spin Master.

We caught up with McGettrick to find out more about the origins of Fugglers and why Spin Master is the perfect partner for the brand. 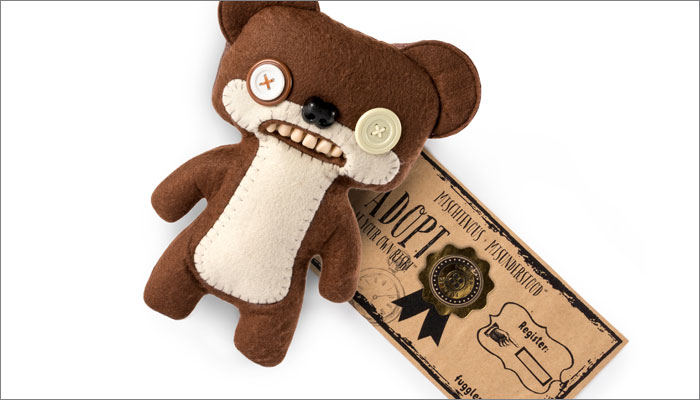 Hi Louise. So what’s your history in the toy space?
I must admit, I’ve turned up in the toy space as a total outsider, and I’ve taken a bit of a scenic route to get here!

I’m a typical child of the Eighties, so I mark my youth both in the toys I owned and the toys I didn’t (there’s a corner of my soul forever mourning the Big Yellow Teapot That Was Never Mine) but growing up, I always wanted to be a writer. I went to university to study drama, spent a fourth year there specialising in stand-up comedy, and then after graduating, I got a book deal for a series of children’s books.

Creating Fugglers was meant to be my hobby, something to keep me entertained in the evenings. Instead it grew of its own volition into this wonderful, bizarre adventure into the world of toys.

Where did the idea for Fugglers come from?
I’d reached the stage of Christmas shopping where you are so bereft of ideas that you start putting random words into eBay. My husband likes sharks, and through word association I ended up typing in “teeth” and seeing what was there. One of the first things I stumbled across was a listing for a bag of miscellaneous false teeth.

I couldn’t for the life of me understand why someone would either be selling, or would want to own, a zip lock bag full of dentures and the more I thought about it, the funnier it became. Eventually I had this vision of a little old lady, buying them to add to her homemade teddy bears. Her little face as she sets out her stall at the village fete, next to the jars of jam and knitted mittens and the jewellery boxes covered in shells. The quiet muttering from the other stallholders. Her crestfallen expression as people steered clear.

I was laughing so hard I was crying, and before I could think better of it, I’d bought the teeth myself. 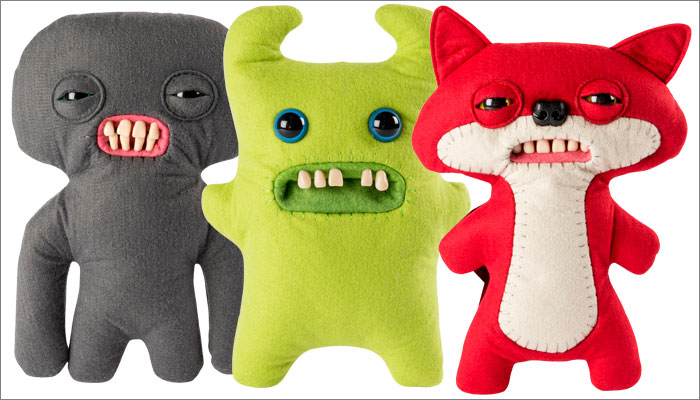 Did they take many forms before you settled on their now very distinctive look?
The original Fugglers were very simplistic. I’d never made plush dolls before, so I started by drawing very basic templates. I’m dyslexic, so complex multidimensional templates are indistinguishable from Escher paintings to me. I was working on a rickety, battery operated sewing machine too; so all in all it was a distinctly amateur affair.

My original intention with the Fugglers was just to post them on Etsy, so people could laugh at the notion of them existing, the way I’d laughed at the idea of the little old lady and her toothy teddy bears. Naively, I’d never anticipated anyone would want to buy one. When the first few sold, I had to create more to fill the store, and through sheer repetition I improved my technique.

The beauty of social media is the immediacy of seeing people’s response to your work, and reading the comments gave me great insight into how to improve and refine the designs. If I tried something new, and people loved it, I’d add it to the repertoire. A less enthusiastic response, and I’d quietly retire the idea. So, over time, I began adding more teeth, and different mouth shapes.

I started with button eyes, then introduced safety eyes, and then played around with eyelids, and the range of expressions that allowed. I experimented with different sizes and different fabrics. Eventually I was able to build up a massive range of designs, just by gradually introducing small variations along the way.

If you were to see the very first Fugglers I ever made, you’d still recognise them as Fuggler ancestors (the teeth help!) – primitive, primordial goo Fugglers that all other Fugglers evolved from. 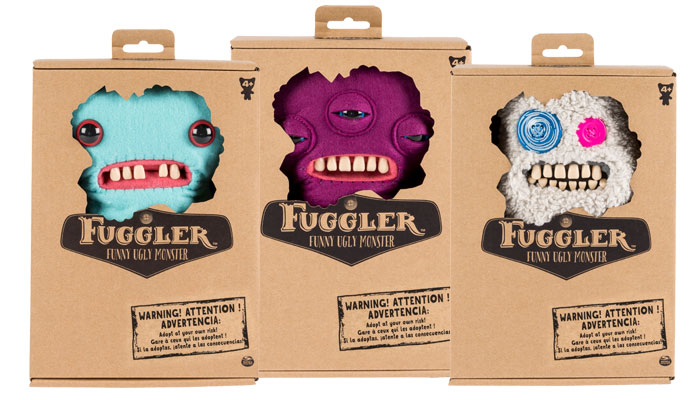 What makes Spin Master the perfect home for the Fugglers?
It was really important to me to work with a company that understood the humour of the Fugglers, and the community that had spontaneously formed around them. As soon as I saw how much fun Spin Master was having with the concept, it was an easy decision to make.

I also watched the company’s documentary and love the fact that, despite being a huge multinational company, it still somehow manages to preserve that original Nineties maverick feel. As a person whose cupboard still holds an unholy amount of tie-dye, invoking that era is a sure-fire way to my heart.

Are there plans for new Fugglers on the way?
You never know what will emerge out of the Fuggler breeding centre! It’s going to be very exciting to see what new monstrosities this collaboration creates. I’m sure they’re going to be on the rampage for many years to come, doing their Fuggler ancestors proud. 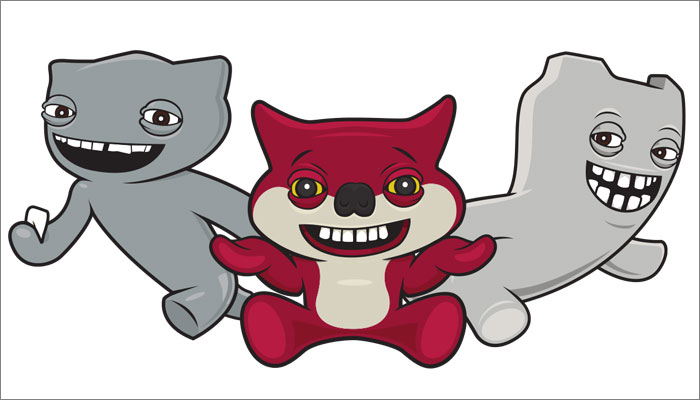 How do you stay creative?
I’ve never had any great problem staying creative; I think it’s the natural gear my brain is stuck in. Staying motivated however, that’s a delicate balancing act of caffeine, concentration, self-confidence and fear that I constantly struggle with!

It’s very easy when you’re self-employed, and isolated inside the office of your own head, to sometimes lose sight of what makes your work sparkle to others. We see the duct tape holding the ideas together, the scaffolding it hangs on, the smoke, the mirrors… the best lesson I’ve learnt is to make sure you regularly look at your work through your audience’s eyes. That’s the only way you can tell if the magic trick works.