Fuse’s Pete Cartlidge to helm ‘Don’t Forget the Past!’ session at Toy and Game Design Conference 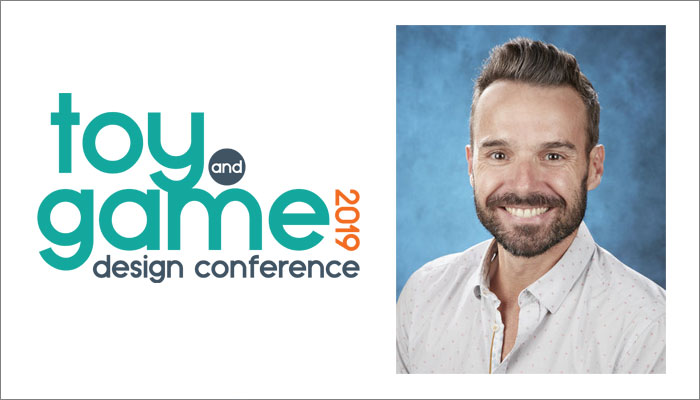 Pete Cartlidge, director at toy invention firm Fuse London, is speaking at this year’s Toy and Game Design Conference with his session titled: ‘Don’t Forget the Past!’

Taking place at Stamford Bridge on Monday, September 2nd, the Toy and Game Design Conference – sponsored by Hasbro and Wynne-Jones IP – will boast engaging and inspirational sessions from figures across toy invention, game creation and the wider worlds of design.

Since 2001, Fuse London has been inventing and licensing ideas to leading companies and their brands, such as Barbie, Fisher-Price, Star Wars and Hot Wheels. A leading light in the toy invention community, the firm’s Cool Maker KumiKreator from Spin Master was named Creative Toy of the Year at this year’s Toy of the Year Awards.

In spite of changes in society and culture, kids and parents are still wowed by toys and games with timeless characteristics. In ‘Don’t Forget the Past!’, Cartlidge will be looking at how past trends and items are often a source of inspiration to him and his team, as well as revealing how some of Fuse’s past hits had actually resided for years in their archives before being licensed.

“Fuse are excited to be attending the Toy and Game Design Conference this year,” said Cartlidge.

“Mojo have put together a great schedule of events with attendees from across the industry, so I’m looking forward to seeing familiar faces and making new acquaintances.”

To book your ticket to this year’s Toy and Game Design Conference, head to: https://toyandgamedesignconference.com