Game designer and author James Wallis discusses his new book, Everybody Wins: The Greatest Board Games Ever Made 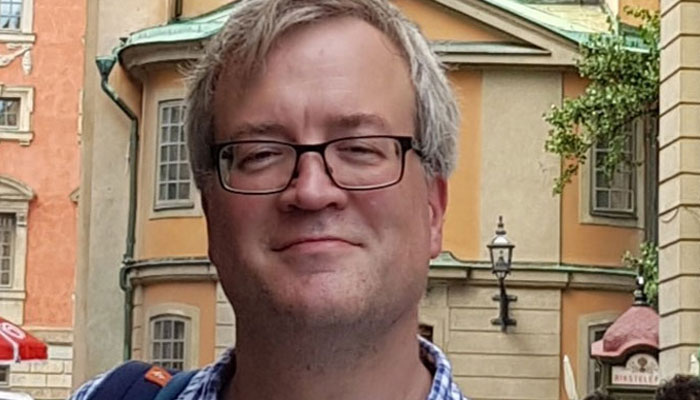 James, it’s great to connect. To my shame, we haven’t interviewed you before for Mojo, so before we dive into Everybody Wins, I wanted to speak a bit about your background in the industry… Did you grow up around games? What first sparked an interest in this space?
When I was a kid my father taught the family a lot of traditional card games – usually slightly odd variants, like whisky poker, which is closer to rummy than regular poker – and we played long games of Monopoly and Cluedo. That said, it wasn’t until I got to boarding school that I really discovered great board games. And then I was introduced to Dungeons & Dragons, which changed my life, and within a few months I’d started a fanzine about roleplaying games.

The fanzine led to writing for games magazines like White Dwarf, and from there to my first contracts to write RPG books for various American publishers. A few years later I set up Hogshead Publishing, which was the largest RPG publisher in the UK at the turn of the millennium. Since then, I’ve been a game designer, consultant, university lecturer in game design, studio manager at The Green Board Game Company, and I co-wrote Board Games In 100 Moves with Sir Ian Livingstone.

Actually, it’s interesting that you asked if I grew up around board games because it turns out that I’m related to John and Edward Wallis, who ran one of the largest board-game publishing companies in the UK 200 years ago, producing titles like Every Man To His Station and An Arithmetical Pastime.

Incredible!
Yes, I didn’t discover that until I’d been designing games for 10 years. Life is strange.

Remarkable. And how did this passion for games lead to you designing them?
That happened almost by accident. In 1990 a friend showed me a prototype card game he was working on, and I saw how it could be improved and joined the design team. That became Once Upon a Time – published by Atlas Games in 1993 – which has sold about a third of a million copies now. A copy of the pirated Chinese edition has a proud place on my shelf. You know you’ve made it when your game gets pirated. 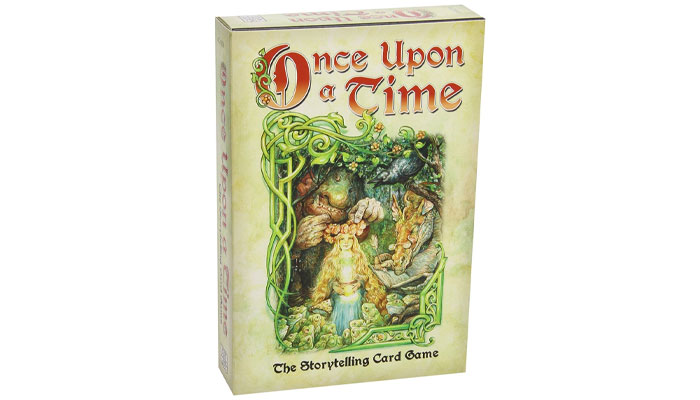 Ha! You’re also the designer of The Extraordinary Adventures of Baron Munchausen, a game of competitive boasting! Where did the idea for this come from?
Like Once Upon a Time, Munchausen is a game that let the players make up stories as they go. I call it an ‘after dinner roleplay game’; it’s simple to learn and hilariously funny to play. I wish I could tell you about the tortuous design process it went through, but the truth is that the whole thing came to me in the shower. I playtested it twice and it went brilliantly. The hardest part of the whole thing was working out how to sell a game that’s really only a half-page of rules. I wish it was always that easy. 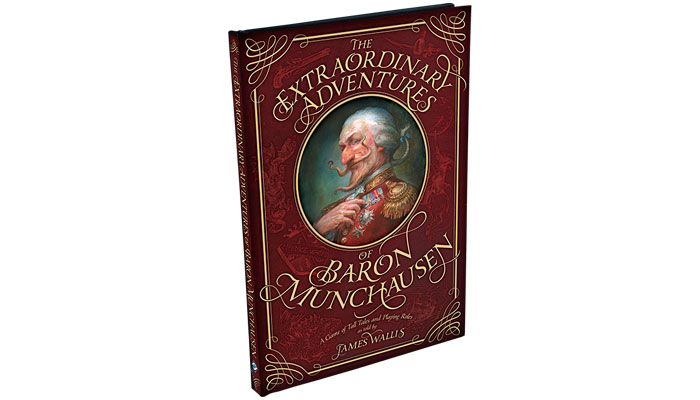 For a game that relies so much on open-ended storytelling, putting the rules together must’ve been an interesting process?
Well, some games need more handholding than others. Games are made of three layers: rules, mechanics, and structure, and if the structure is clear then you can usually trust the players to understand what’s expected of them.

Right, onto your new book… Everybody Wins: The Greatest Board Games Ever Made. Talk us through what’s covered here.
Everybody Wins is a lighthearted run through the rise of modern board games since the 1970s, through a lens of the games that have won the Spiel des Jahres, the biggest prize for board games in the world – an SdJ winner will usually sell more copies than the Booker Prize winner!

Is that right! Amazing. So how is the book structured?
It’s a big coffee-table book that breaks everything down into five ‘ages’, and looks at why some winning games have become classics and some have disappeared, where new game mechanics come from, what trends and genres have emerged, and what games should have won but didn’t. It’s part game reviews, part cultural history, partly a what-to-play guide for people new to modern games – and partly a chance to be a bit rude about some well-known game designers. 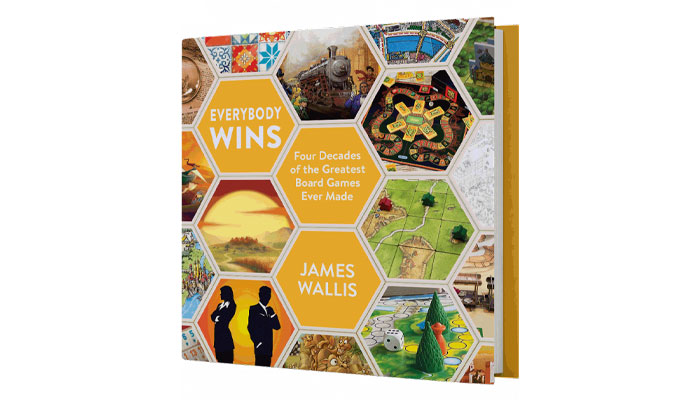 Ha! I’m sold! Why do you think the Spiel des Jahres provided a good anchor around which to explore the industry and its evolution?
The Spiel des Jahres isn’t well known outside Germany and the hobby-games side of the business – yet – but it’s had a remarkable knack of anointing future classics, from Scotland Yard in the 1980s to Catan, Carcassonne and Ticket to Ride, and more recently Codenames, Azul and MicroMacro.

The important thing is that it’s a jury prize, not a popular vote, so many of the big sellers from the last few decades haven’t even had a sniff at the shortlist. Not all the games in the book were big hits but they’re all interesting for one reason or another. Taken together, they give a remarkably clear sense of the way the world of games has re-invented itself, grown and matured. It’s been a fun ride working through them all.

If I forced you to pick one Spiel des Jahres winner that shaped the industry as we know it today, which would you choose?
Oh, it has to be (Settlers of) Catan. It’s the game that pushed euro-style hobby games into the mainstream worldwide. It wasn’t an instant global hit – it took several years to get a foothold outside Europe – but it’s still the quintessential ‘gateway game’ for millions of people. It marks the dividing-line between old-school games and the new wave. It’s a masterclass in design, it presses all the right buttons in exactly the right order and it’s deeply pleasing. I still love to play it. 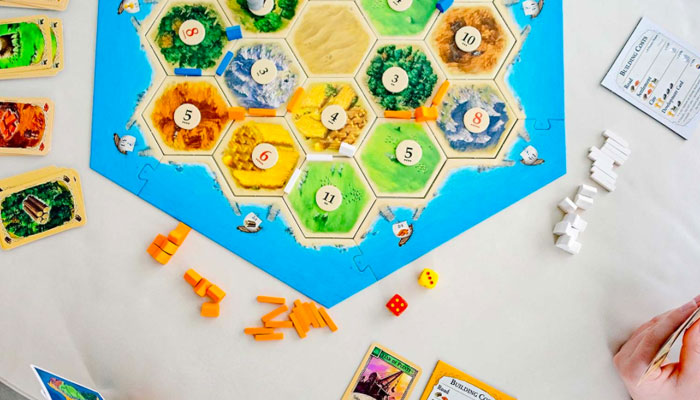 Looking at a few recent winners – MicroMacro, Pictures, Just One, Codenames – to me, these feel very mass market. These wouldn’t necessarily feel out of place coming from a Spin Master, Mattel or Hasbro. Do you feel the lines between the mass market and tabletop sectors are blurring somewhat?
You’re absolutely right. There was a real change of tack about 12 years ago, and more and more of the recent winners of the SdJ have felt much more accessible to people who aren’t already into games. I think it has a lot to do with acknowledging the growing prominence of social and party-games in the market: hobby games have their niche, and it’s a growing niche, but it’s not where most people start their gaming journey.

Plus, the SdJ created a separate award for heavier games in 2011, which has left the jurors of the big prize free to look at titles that have a broader appeal without hobbyists scoffing at their choice.

Interesting. Now, we caught up at Essen last month, where there were, as always, so many games launching. What do you feel a tabletop game needs to have today in order to cut through?
There are various levels of ‘cutting through’. But if a game’s going to have any chance today then it needs to have a strong theme, clever design and clearly explained rules, great art on the cover – and great graphic design inside to convey the necessary game-information.

It’s also important to have a good mix of nicely made game-pieces and ideally eco-friendly packaging. And, of course, a strong hook: players need to know what they’re going to do in the game, how to win, and why that’s going to be fun.

A great list – and I’m glad you mentioned clearly explained rules. It feels like this still can’t be overstated!
Rulebooks still have a long way to go. More and more publishers are putting QR codes on the rules or even on the box that lead to videos of how to play the game, and that’s great. MicroMacro has a playable part of the game printed on the box… This was something which we were careful to keep for the BrainBox redesign, which I masterminded for Green Board Games – and I’m a big admirer of the game-rules app Dized. But the old-style rulebook is still a huge obstacle for many people.

I’m astonished at how many companies think a first-time player will be able to digest 12 or 16-page rulebooks. If we’re going to grow the games market, we have to find better ways to explain rules.

Agreed. I have one last question James – and it’s a key one! – where can folks buy the book?
It’s coming out in early December in the UK, in plenty of time for Christmas. It’ll be on sale at all good bookshops whether offline or on, and a good number of games shops as well. There are ebooks and an audiobook version as well. The US and Canada will have to wait until March for physical copies, but it’s worth the wait.

It certainly sounds it. Thanks again James for taking time out, and good luck with Everybody Wins… We’ll put a link in here: https://www.waterstones.com/book/everybody-wins/james-wallis/9781839081910.
Thanks for the interesting questions!

Everybody Wins: The Greatest Board Games Ever Made James Wallis