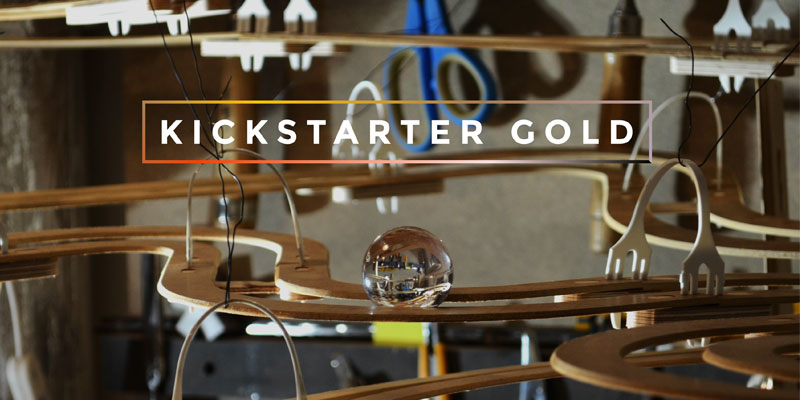 Six years after running a successful Kickstarter campaign to fund the world’s longest marble run, Berlin-based designer Walter Hill has returned to the platform with a line of build-your-own kits.

The project forms part of the Kickstarter Gold initiative, whereby the crowdfunding platform has invited some of its biggest success stories back to launch campaigns that put a new spin on the original project.