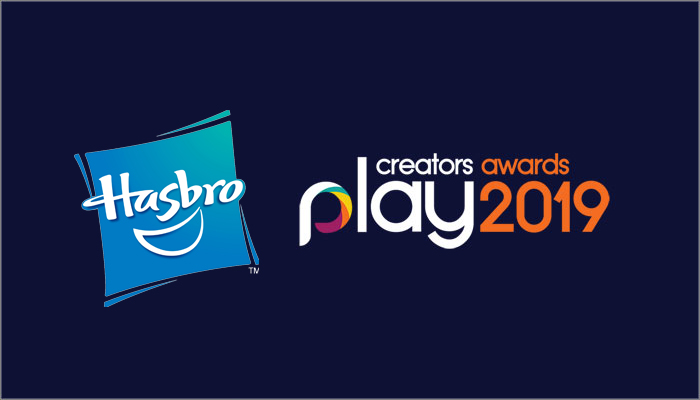 Hasbro is sponsoring the Invention Studio/Design Agency of the Year category at this year’s Play Creators Awards.

Taking place on the evening of Monday, September 2nd 2019 at Under The Bridge (Stamford Bridge), the Play Creators Awards is a new addition to this year’s Play Creators Festival, and will celebrate figures in the toy and game design community that have excelled over the last 12 months.

“Hasbro is very excited to be sponsoring the Invention Studio/Design Agency of the Year at the Play Creators Awards as our relationship with the groups is a consistently strong source of innovation for us,” said Rich Mazel, Senior Director of Global Product Acquisition at Hasbro.

“In addition to the winners, this is a celebration of all of our studio and agency partners.”

For information on tickets to this year’s Play Creators Awards, or to get your nominations in, head to: www.playcreatorsawards.com

For more information on sponsorship opportunities around the Awards, email adam@mojo-nation.com