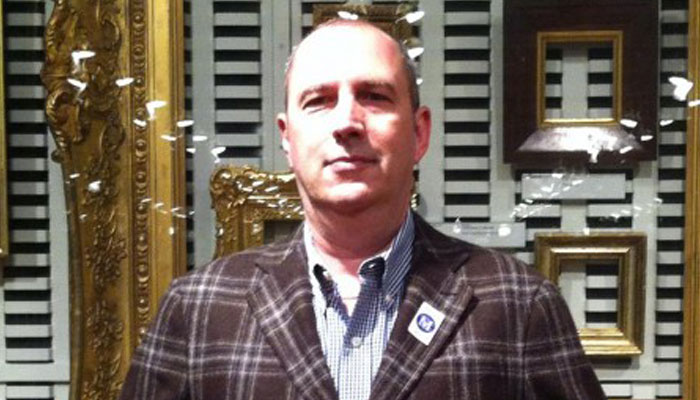 Ask anyone for their earliest memory of playing board games and chances are, Monopoly will get a mention. Arguably the most iconic board game of all time, over 250 million Monopoly games have been sold and it’s been played by more than one billion people worldwide.

But how do you keep a game that’s been around for over 80 years fresh and relevant? That task falls to Randy Klimpert, senior director of design and development for Hasbro Gaming.

Over the last 12 months, Klimpert has welcomed the year’s biggest video game to the Monopoly family with Monopoly: Fortnite Edition, while also risking upsetting the “purists” with Monopoly: Cheaters Edition; both of which play very differently to the classic game.

We caught up with Klimpert to learn more about his history in game design and why Monopoly provides him and his design team with such a creative canvas in which to develop new takes on the board game titan. 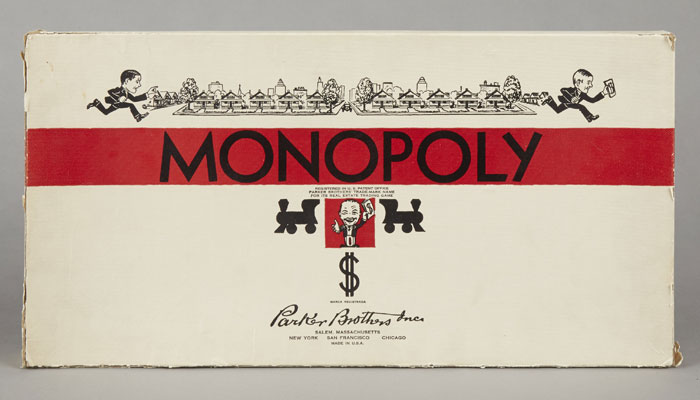 Hi Randy. First off, could you give us a brief recap of your history in the world of game design?
After studying Industrial Design at the University of Illinois, I went into toy inventing at a famous Chicago invention firm. I had some early success with feature-based action figures and then started coming up with game ideas. Throughout inventing I thrived on the variety – you could work on a doll one week and a line of vehicles the next – but I was always drawn back to games.

I joined Cranium because their process was so unlike anything I’d done before. They approached every game with content first – feature, game play and design were almost an afterthought. But it was a fascinating methodology, and a great learning opportunity.

When Hasbro acquired Cranium I felt like I was coming home because I already knew so many people here from inventing.

What does a ‘typical day’ look like as senior director of design for Monopoly?
I’d love more time to brainstorm with my teams, noodle with concepts and play with prototypes, though things never seem to work out that way. Like every company, there are lots of meetings to go to, calls to join in on, and emails to get out. And while new ideas are the fuel of an organisation, information-sharing and alignment are the track that keeps you moving in the right direction. It ends up being a balancing act between the two. 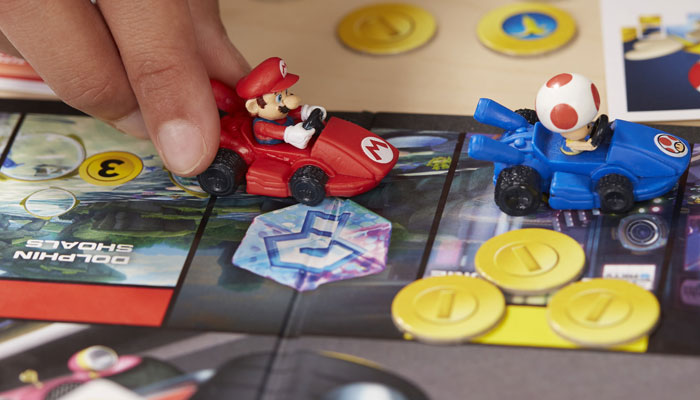 What is it about the core game that you feel has enabled Monopoly to lends itself to so many licensed versions?
Because Monopoly is such a familiar and beloved game, there’s a lot you can do with it and it’ll still be Monopoly.  The challenge is to bend it without breaking it. But because the essential Monopoly story is so universal – you’re on a journey, you’re acquiring things, you’re being acted upon by unpredictable elements, you’re interacting with other players – it’s usually not too difficult to believably overlay licences. Ideally you want players to feel like they’re living the story arcs of the characters.

One of biggest licensed versions of the game this year is Monopoly Fortnite Edition. Gameplay-wise, how different is this from standard Monopoly?
Two major differences with the Monopoly: Fortnite Edition are come the incorporation of the storm and how the game ends. Players draw storm cards which instruct them to choose portions of the board that become no-man’s land taken over by the storm. As play proceeds the board becomes increasingly dangerous for everyone, and the game ends when there is only one player left standing. 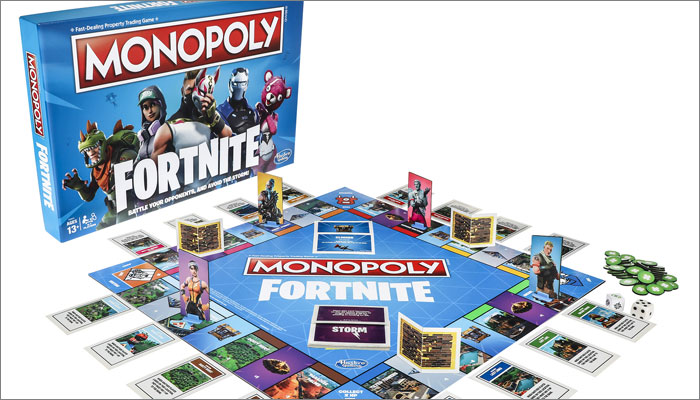 During your design process, how did you go about deciding which parts of the video game translated well to the world of Monopoly, and which parts didn’t?
Our process starts by identifying the strongest elements from the licence, the strongest from the Monopoly, and how we can make them work well together. For this game we realized the storm and elimination play were both very important to Fortnite and could also work well with Monopoly play. We made sure that those were high on our list, but we made sure to preserve iconic Monopoly elements like passing Go, going to Jail and Purchasing Properties.

Another big launch for the brand this year has been Monopoly: Cheaters Edition. Where did the idea for this come from?
We are always listening to our fans on social media, and saw a lot of chatter on our Monopoly Facebook page about players with some bad habits such as stealing money from the bank or skipping spaces. When a survey in the UK indicated that nearly 50 percent of game players bend the rules during a Monopoly game, we knew there was a fun element there we could bring to life and came up with the Monopoly: Cheaters Edition game. 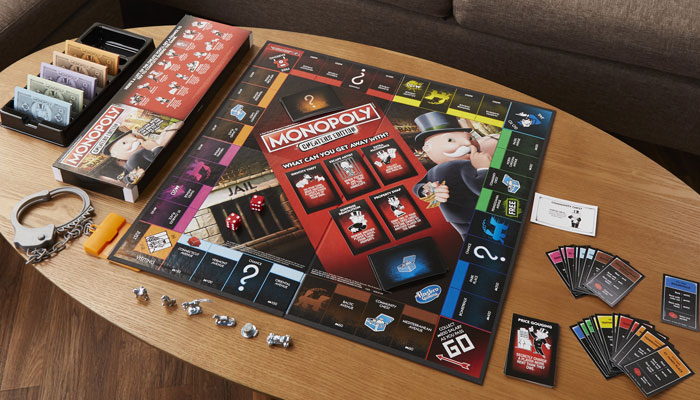 The game levels the playing field by giving all fans the opportunity to play by the same rules. Players can attempt to get away with “borrowing” money from the bank, skipping spaces and avoiding rent payments during gameplay, as well as other sly swindles. While players will be rewarded for completing the in-game “cheats,” they must be sly. If caught, offenders will face consequences – including a pretend handcuff that will “chain” those culprits to the game board. This is the first time these moves will be included in official the rules of the Monopoly game.

Was there any resistance to the concept initially, or is this playful approach to the brand key to its on-going relevance and longevity?
There are many Monopoly “purists” out there who believe you should follow the official rules, so we had a lot of internal debate about whether or not we wanted to add cheating to be part of the official game rules. But ultimately the game came to be and was a fun way to bring to life some of the iconic moments that we know families are doing anyway during their Monopoly game nights. 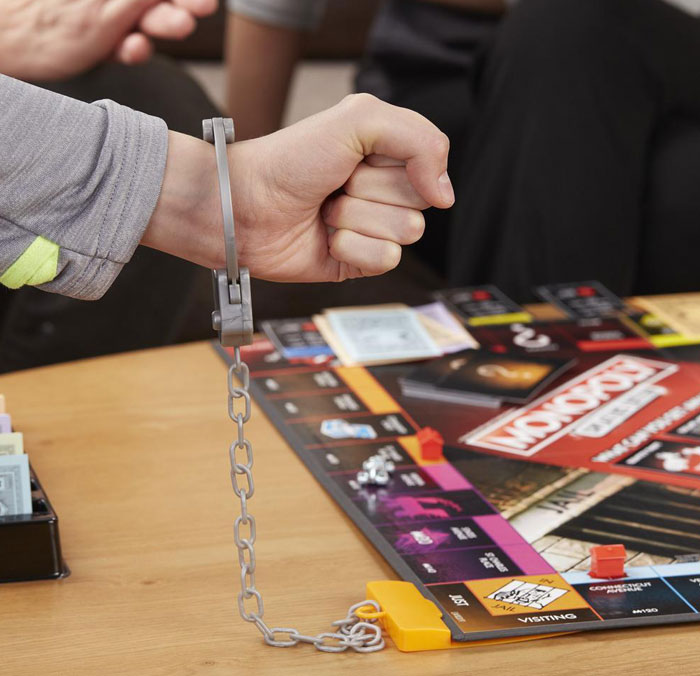 Fortnite and Cheaters have each boasted a different style of gameplay to standard Monopoly. As a designer, does Monopoly offer quite a flexible canvas to play around with when developing new editions?
Some stories are easier to tell than others, but I would say that Monopoly is a very flexible canvas. It works best when you’re incorporating authentic fan expressions into the game – things that are very familiar.

Passionate Monopoly fans know the tendency to cheat, it’s an inside joke among players, and true fans of Fortnite know the value of owning a lot of skins in the game.

Licensed Monopoly games have great synergy when you find just the right reasons to adjust rules, leading to exciting new experiences that are still true to the theme. We don’t change rules for every new version of Monopoly, but we always do our best to ensure completely genuine expressions of the properties that enhance the classic play.

Can you tell us about any new editions landing in 2019?
We haven’t made any announcements yet about our 2019 line-up, but stay tuned! 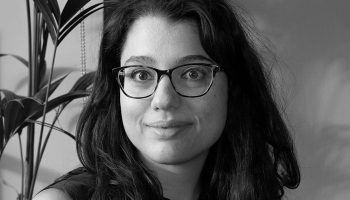 Pamela Stathaki joined The Marketing Store (TMS) in August 2019 in the new and important role of Head of Sustainability. Her focus initially is to work with TMS’ researchers, developers, engineers and designers to find the right sustainable solution for the firm’s toys; all the while making sure the toys are safe, fun and as environmentally friendly as possible! 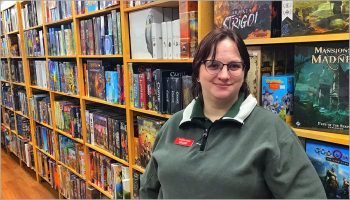 Games that sell: Specialist retailer Becky Ottery on what she can’t sell and doesn’t buy

What do retailers know about inventing games that sell? Darrell and Becky Ottery own and run the aptly named Eclectic Games in Reading. With a tireless work ethic, they strive to play every game they stock, and meet each customer’s need with insight. 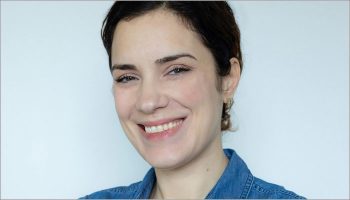 “My ethos is to design toys that enrich, stimulate, educate and solve problems”: Valeria Miglioli on the launch of her new toy design consultancy, Pumpkin Projects 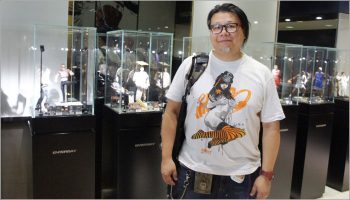 From Comic-Cons to fish markets, Fab Design’s James Yuen on finding inspiration for toys and games in all aspects of life

We caught up with Yuen to find out what drives creativity at Fab Design, and how decades at Hasbro shaped his approach to design. 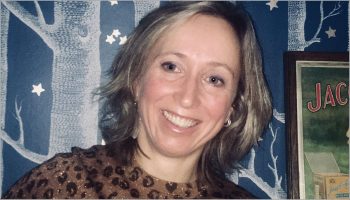 A much-loved figure in the toy and game inventor community, Sally Jacobs has launched an exciting new venture this year in the form of Bean, a brand new invention hub. 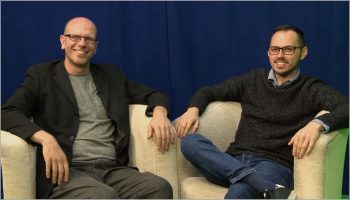 Deej Johnson and Billy Langsworthy on unearthing the secrets of creativity in their new book, The Snakes & Ladders of Creative Thinking

Writer and speaker Deej Johnson is a creative consultant with five books to his name. His latest, co-authored by Mojo Nation founder Billy Langsworthy, explains how to apply creative techniques to the invention of board games.