Posted on 12th May 2017 By Billy Langsworthy 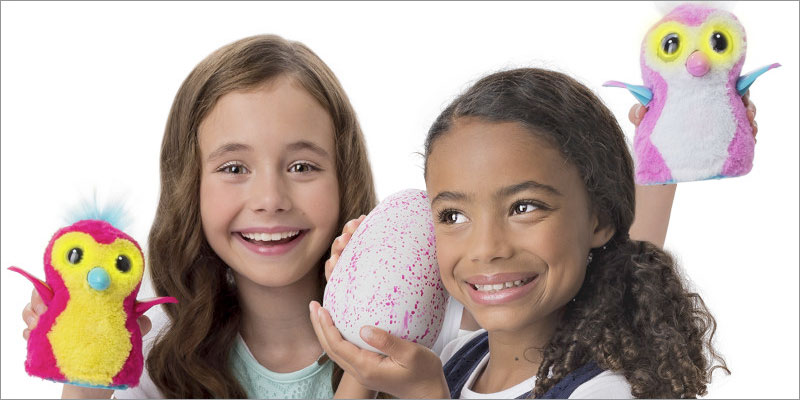 Spin Master has enjoyed a strong start to the year, with its Q1 2017 results showing a revenue increase of 40.8 per cent.

“We saw a strong performance in the first quarter of 2017, which is seasonally the smallest quarter of our year,” said Anton Rabie, chairman and co-chief executive officer of Spin Master.

“Our Q1 revenue increased by 41 per cent, despite Easter falling into Q2 2017, unlike 2016. Growth was driven primarily by the Outdoor business segment following our 2016 acquisition of Swimways Corporation, and continued growth in the Remote Control & Interactive Characters and Pre-School & Girls business segments.”

“Our entertainment properties including Paw Patrol and the recently launched Rusty Rivets are resonating very well with children globally and the ongoing success of the Hatchimals line, including the just released Hatchimals Colleggtibles, is a testament to our ability to innovate,”

Category wise, sales in the Activities, Games & Puzzles and Fun Furniture segment decreased 3.5 per cent due to a decline in Kinetic Sand, while sales in the Remote Control and Interactive Characters segment increased 115.4 per cent in Q1, primarily due to sales of Hatchimals.

Gross product sales in the Boys Action and High-Tech Construction segment decreased 42.8 per cent due to the decline in shipments of movie related products, while sales in the Pre-School and Girls segment increased 6.6 per cent in Q1, driven by Paw Patrol and PowerPuff Girls.