Industry veteran Doug Morrison on making a noise about sound, engineering toys for Lucasfilm – and why he’ll never be a millionaire 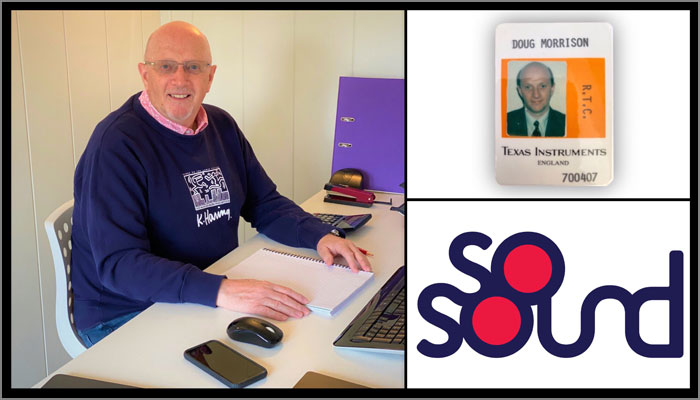 Few people in the toy-and-game industry earn a reputation as truly “go-to” experts. So Sound founder Doug Morrison is one of them… We spoke to Doug about Star Wars, expanding services – and why he’s not a millionaire.

How would you describe yourself, Doug? Inventor? Engineer? Tinkerer?
And how did you start out?
When I started my career, it was working for a company who produced recording announcement equipment for railway stations and airports. Initially, I worked as a service engineer and later as the Recording Studio Manager… So I’d say I’m more engineer than inventor.

And as little Douglas, growing up in Scotland, were you always that way inclined? Did you dismantle things just to see how they worked?
I’m afraid I was always taking things apart, yes… And getting into trouble for not always being able to put them together again – most often losing some of the bits before I put them back together. 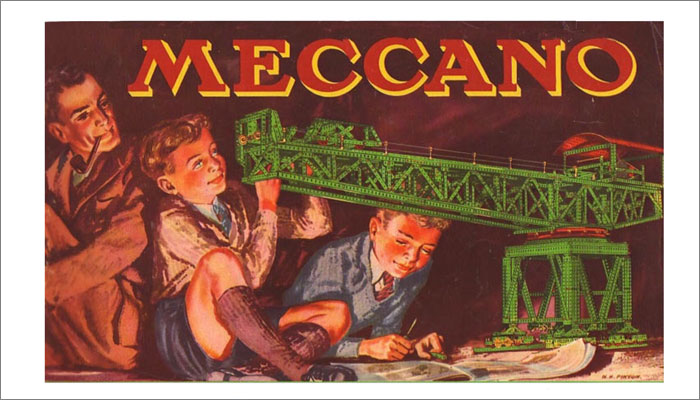 I’m going to jump about a little bit here so that there’s a context: what’s the most-recent thing you worked on? That you can talk about, obviously…
It’s difficult to say; we’re always working on new and exciting inventions. Some are totally in-house, some are collaborations. We’re lucky to now have a full range of skills for toy invention, with a very talented team.

Talented – and award-winning…
Award-winning, yes; thank you. Talented and award-winning! Actually, one project I can mention is Tweet Beats. I’d love to say I was closely involved in it, but mine was more an overseeing role. 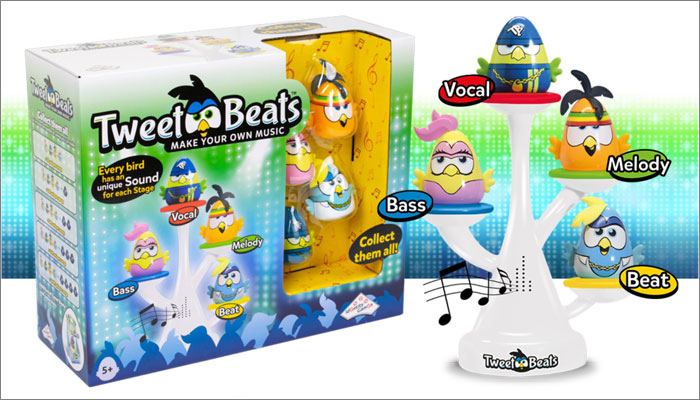 Tweet Beats is the musical toy? You add egg-size birds to tree branches and they make the sounds of instruments… In effect, you create music by moving the birds around?
Yes! It was developed in house; the product design was done in collaboration with Geoff House of Tricky Ltd. It’s a fun musical toy – and I’m proud to say that’s award-winning as well!

It’s great! And a good example because it shows off your sound prowess. But So Sound’s services have really developed over the years. What do you do?
We take on everything from 3D design, 3D printing and model making, electronic design and development and toy IC programming, as well as offering recording studios for voice, music and sound effects – all in house.

Rrrrriiight. So you’re saying you program the tiny electronic chips inside toys?
Yes – we put in the tech so toys make sounds. But we also create the sound effects; we write and record music: songs and jingles, and we make sizzle videos as well.

So it’s all quite specialist stuff. How did you arrive in toys and games?
I started a company called Radicle Technology Ltd which developed Digital Recorded Announcement and message display machines, using Texas Instruments IC’s.

IC’s?! I’ve heard of those: Integrated Circuits…
Yes! You’re very well informed! So anyway, because of this connection I was asked if I’d work as a consultant for Texas Instruments in their Regional Technology Centre’s recording studio. So I undertook recording and editing for their products and their customers. This was in the very early days of speech products, around the time of Speak and Spell. 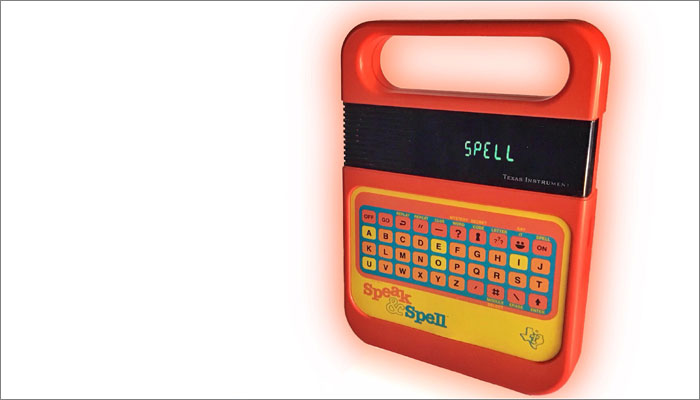 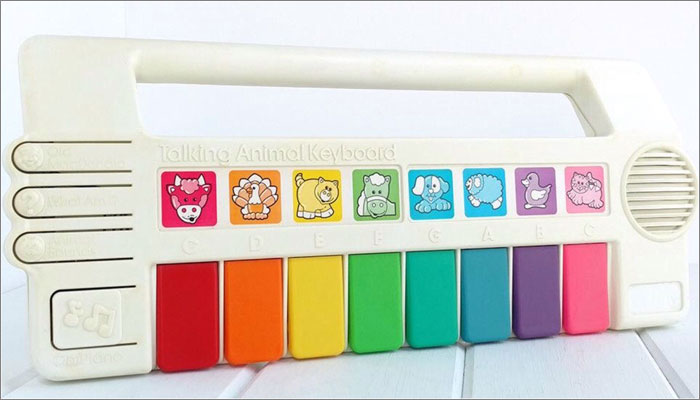 That was closely followed with Mall Madness for MB Games. Each of these was also produced in five or six European Languages, and this was when I discovered that the human vocalisation of animals differs for each language…

What kind of a world are you living in, Doug?!
Right? Who knew?! So this meant that we had to record and edit all new sounds for each language, where we thought we could use the same sounds across Europe. I became more and more interested in that aspect of it.

Wow. Okay. For some reason that’s mind blowing to me; I suppose I’d not even thought about it. Am I right in saying you also worked with Lucasfilm?
Yes. When Hasbro won the licence to produce various toy products from Lucasfilm, they wanted us to do the recording and editing of the speaking products. We had to record and edit the voices for approximately 20 of the characters for the Star Wars films that became known as the prequels, starting with Episode 1: The Phantom Menace. We recorded the characters in up to six different languages. 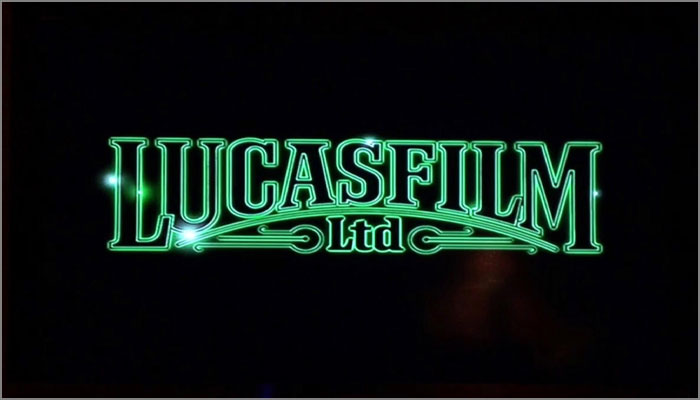 Sorry: where is this, and when?
Oh, this is months before the films were released – all the speech had to be approved by Lucasfilm; it was all so secret… We had to go to Skywalker Ranch, near San Francisco, with a Hasbro representative. I was introduced to George Lucas on one of these visits by the then Head of Toys Licences for Lucasfilm, Tim Wills… We had a great working relationship with Tim and I travelled to the ranch at least once a month for about a year.

Is that – obviously, you know your stuff by this time – but playing sound recordings to George Lucas and Lucasfilm – is that not a bit intimidating?!
It’s not intimidating, no, but as with any client you’re concerned to get things right. I remember one visit when we’d just finished the Italian version of the speech and took it for approval. We played the phrases to Tim and he listened very intently, then he said, “It doesn’t sound right”. I said, “Which bit?” and he said, “All of it”. Well, I was worried then! I didn’t understand…

So anyway, I explained I’d taken the character description and translated it… For instance, one character was described as a ‘Gruff New York cabbie type’, and, for the Italian version of that, I’d used a ‘Gruff Rome cabbie type’. But Tim said, “Doug, Doug, Doug… This is where it’s gone wrong: this isn’t set now, in Italy: this is “A long time ago in a galaxy far, far away….”!

Ha! But what does that sound like? What did he actually want?!
What he wanted was the speech in Italian, but with the same inflections as the English version. It meant a re-record for the Italian but fortunately that was the first language we’d done. We followed a similar pattern for other languages.

You know, I have absolutely no capacity for sound – I’d never have got to the bottom of that. But with sound dominating your career, you founded So Sound in 2002. To what end?
It was a change of focus from producing recorded announcing machines. After working with many different toy companies, I decided to focus on the recording and editing of toy products using many other IC’s – not just Texas Instrument IC’s. Also, I wanted to collaborate more with toy inventors and help them produce prototypes for their concepts, something we’d been doing for the major toy companies. And now, of course, we invent ourselves. 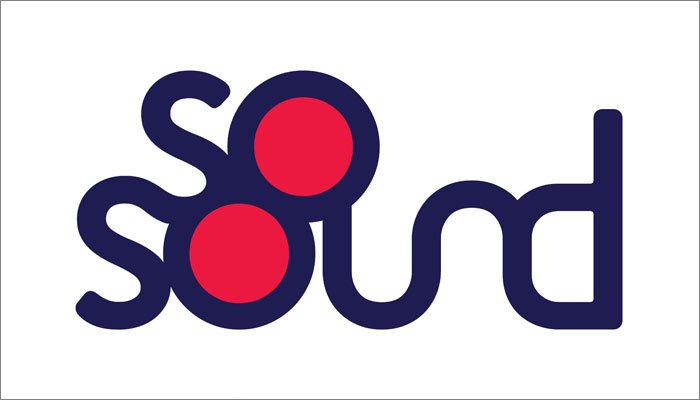 And to that end, how can people become more creative; do you think?
I have a simple answer for that, and that’s by encouragement. Allow people to make things and learn as they go, and don’t limit them; let them try different things in the design process. We all make mistakes in that process, but you learn from it and become more creative. You learn how to overcome problems. My dad used to have a great saying: “The person who never made mistakes never made anything”, and I think that’s true.

What are the biggest changes to toys and games in your time on the scene?
I think that it’s the way speech, music and sound effects are used in toys. I think, in the early days, talking toys were more of a gimmick, something to attract attention to the product. Now I’d say they’re more an integral part of the product, as an encouraging and learning aid for the user, as well as fun and amusing. There’s also a big difference in that there’s a huge increase in the number of licensed products.

What one question should we ask you that we haven’t yet?
Why aren’t you a Millionaire?! And that would be because I put what we make as a company back into the company… I want to invest in the people who work here. The employees are the life blood of any company. We don’t have bosses and workers, we have a team. My job is to encourage and gently direct the company’s future, as with all companies, you have to evolve to survive and be willing to embrace news ideas and ways of working.

Well, Doug, I’ve visited So Sound a few times, and I know you really do mean that; it’s not the lip service some companies pay just before they stitch you up! You really do look after people. It’s remarkable.
Thank you! And there’s one other thing I’d like to say on that… If it wasn’t for the help, support and encouragement of my wonderful wife, Christine, none of it would have been possible. I’m also glad to say that my two sons now work in the business, and I can see that they’ll carry the business forward for many years to come, with the help of our young team.

Lovely. Oh, I’m quite emotional, Doug! Ordinarily, I’d give you a hug but we have to stay two metres apart… Course, that’s not covid related; that’s court ordered! Last question, then: looking around your desk, what’s the most-interesting thing you see?
A radio controlled BB8 toy from Star Wars, an Action Man infrared gun which we helped develop some years ago… And a model of my 1965 Ford Mustang, which I’ve just finished resorting. 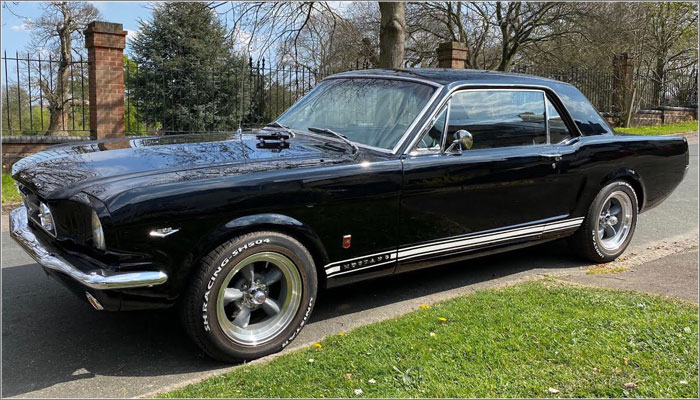 You finished restoring the real thing?
Yes. You see, I still can’t stop taking things apart and rebuilding them! No missing pieces on that, fortunately, thanks to the help of my brother-in-law.

Doug, this has been lovely! Thanks for making time to chat; I know you’re busy even in lockdown. Stay safe; let’s catch up soon! 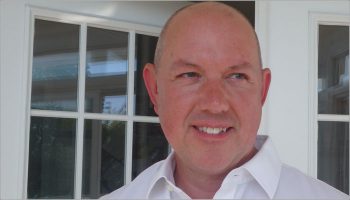 HeroQuest inventor Stephen Baker on his creative process, designing the legendary game… And its upcoming revival. 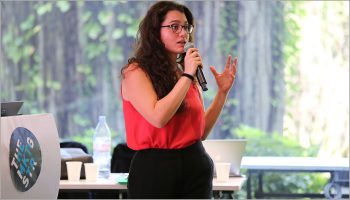 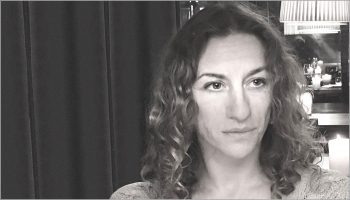