Inger Stevenson on why, after ten years, she’s now on a roll with Absolute Dice 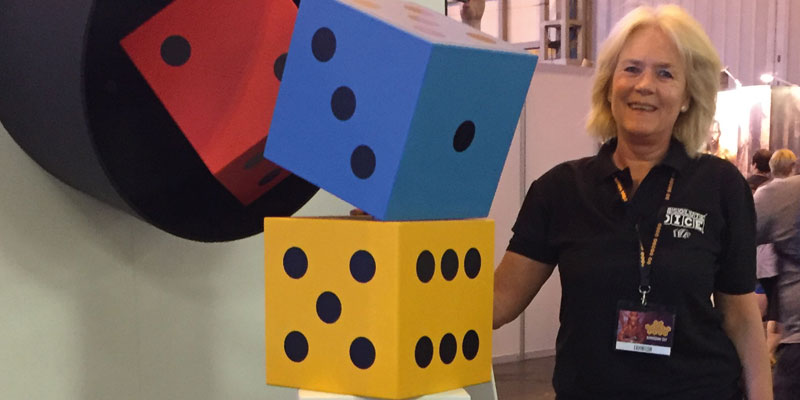 Back in 2008, Inger Stevenson had just about given up on Absolute Dice.

A major firm had expressed an interest in the game, but then decided it wasn’t right for them. Disappointed with the decision, Inger shelved the game and forgot all about it.

But a few years ago, Inger decided to have another roll of the dice when she stumbled across the game and recalled her earlier enthusiasm for it, and it seems to have paid off.

The game sees players roll a Category Die, which tells you which die face you need to accumulate, and a Number Die denoting how many turns a player has to achieve their target. Players get points when they roll the corresponding dice, with the first player to score 101 points emerging victorious.

We caught up with Inger to find out exactly what made her persevere with the concept, and get the lowdown on the next game in Absolute Dice portfolio. 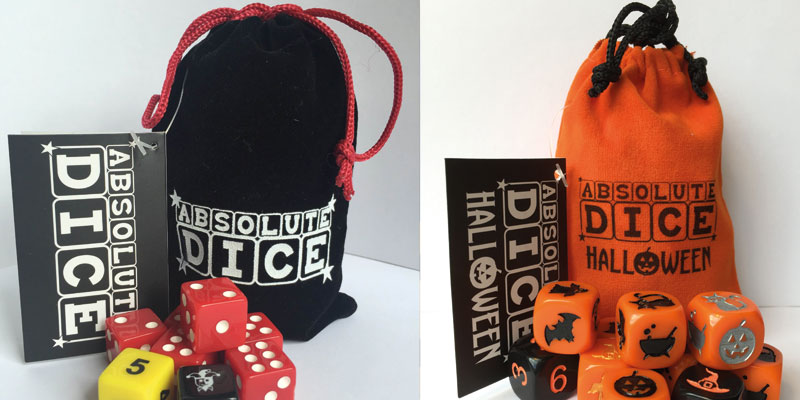 How did you go about making the idea a reality?
I had pitched Absolute Dice to a major company about 10 years ago (as I’d had already dealings with them and they had a lot of ‘appropriate’ licenses that I knew would work well with the game). They really liked it, but unfortunately, after keeping it for a year, they just said ‘thanks but no thanks’.

It was at a time in the industry when everything had just gone technology-heavy, and I think a lot of the more traditional companies were taking a financial knock and were wary about embarking on anything new. I was extremely disappointed because I thought it was a great and very versatile game. But my attitude was essentially, ‘well, if this game doesn’t take, then nothing will’, so I packed everything away and left it locked up with all my other prototypes for nearly a decade.

Then one day a couple of years ago I was just cruising around online looking to see if an idea I’d had for a domino game had been made by anyone else, as I was just itching to do something. I didn’t come across a domino game like mine, so went to hunt out my prototype. I found the domino game and right next to it was Absolute Dice, and I just knew that it was the game I wanted to make a success of, as it still looked as fresh and exciting as the day that I’d put it away.

What’s the secret to a great game?
For me its simplicity – something that’s fun and accessible to everyone.

How do you stay creative?
I honestly don’t have to work at it – my head is so full of ideas that I’d need another lifetime to just get them down on paper let alone make them.

What’s next for Absolute Dice?
More ‘core’ games. The next one is made with wooden dice, as I’ve had so many shops saying that they love Absolute Dice, but feel that due to their customer base they would like a more ethically produced game. The new game has already been fully designed; I’m just working on the logistics, as it’s a bit trickier getting the right manufacturing process to work so I can keep the price point the same.

I would also love to get a licensing deal as I have (in my very humble opinion) so many great designs that I just want to ‘dice up’ the planet!