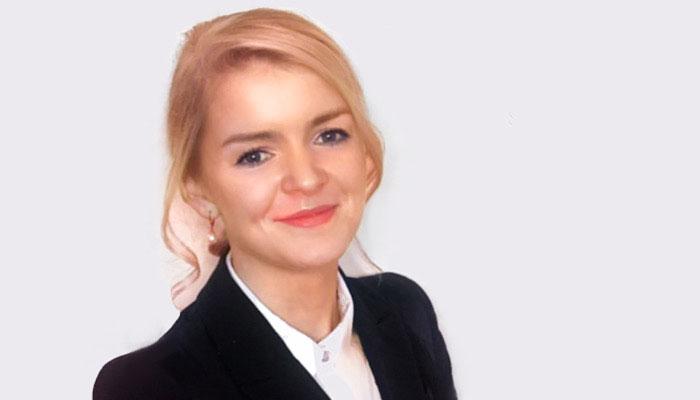 Emma, you entered our story at the point when product developer Emily Charles went on maternity leave. What was your background before coming to Gibsons?
For three years, I worked at Talking Tables, another games and gifting company. We developed games and puzzles alongside partyware. I got to work on some fantastic projects; from pick-up party games to boxed murder mysteries and escape rooms. I love getting into the nitty gritty of each game play concept, while ensuring each product has a premium look and feel that appeals to the target customer.

From your point of view, what skills from product development in that area are directly transferable to Gibsons board games and puzzles?
In general, a lot of the skills I developed in my past position are transferable. In any product-development role there’s a key emphasis on ensuring a clear direction to a project. When working on Out of Order, there was a high level of inter-departmental involvement. It was important that the different departments understood the direction and how this fitted in with the Gibsons brand. 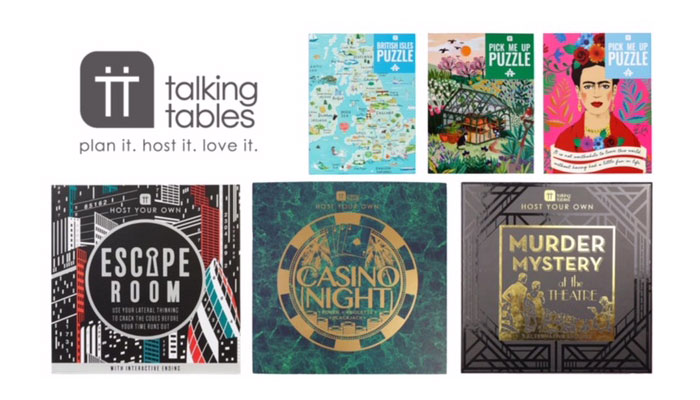 In addition to the creativity needed for any board game, my past experience helped in meeting lead-times, and ensuring any delays were communicated to the wider team and beyond. I built in allowances for unforeseen complications such as changes to design, costing, content restructuring, supplier complications or shipping and border delays.

When you first saw Out of Order, what did you make of it?
I love games that are easy to pick up and impossible to put down. When first looking at the game, I could see it was well thought out and had the potential to be really entertaining.

It was pretty rounded out as a concept when you saw it, presumably?
Yes. I wasn’t part of the initial concept chats and product discussions, and it was interesting entering a project a little later on. This did mean there were a few hurdles along the way in ensuring that everyone was on the same page with the project.

For example?
A little restructuring was needed to ensure it had the right balance of cheekiness, while guaranteeing we didn’t upset anyone. With a party game like this, it’s important to get the tone right. 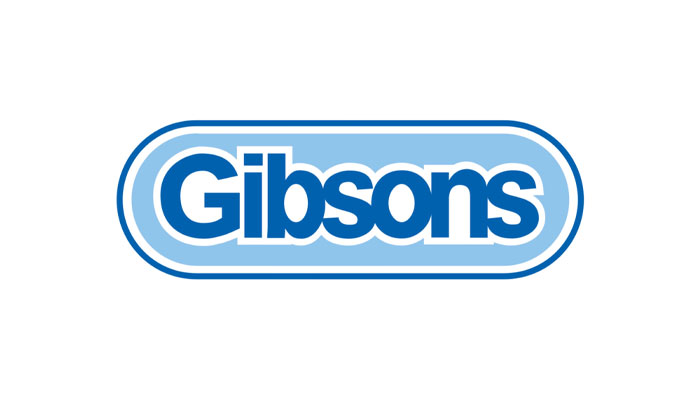 Right. And I think it’s probably fair to say that the most challenging part of developing the game was trying to balance that tone. Where we – as inventors – proposed a very cheeky party game, Gibsons understandably wanted it much tamer… How did you see it?
Previously, the target audience for Gibsons has predominantly been family-friendly, so a cheeky party game was quite a change. This was an opportunity to extend our audience further into the realms of millennials and teens; those that enjoy the likes of Exploding Kittens and Cards Against Humanity. It’s always a risky jump as you want to make certain that the humour is mindful of the Gibsons brand… Ultimately, communication is key from the get-go to ensure that everyone is happy with where the project is going.

Out of Order’s development coincided with the formation of a Diversity and Inclusion Team at Gibsons. We spoke with the team about the importance of that work in an earlier interview… From your perspective, how did that affect things?
The Diversity and Inclusion Team is pivotal in ensuring that Gibsons keep up with the expectations of modern society in any new game releases. This is ultimately a good thing because, as a developer, there’s never an intention to offend. It did mean, though, that there were more discussions on content…

What kind of changes did they want? And why?
They really enjoyed the game, but felt it could be more inclusive. It needed to appeal to everyone, regardless of age, gender or race… So they advised removing some of the questions relating to religion, for example, and asked that we add in more questions specifically for the Gen Z audience.

I think that’s fair. We did seem to end up discussing some very nuanced things and, I think, some pretty puzzling things too. At the back of my mind was always the thought that the publisher has to be happy. At the front of it was the thought that it shouldn’t be at the expense of everything the public could claim is offensive! Did we get there in the end, do you think?
I think so, yes. Fortunately, we managed to keep the tongue-in-cheek essence of the game while not causing any offence. Hopefully, this has laid the foundations for future products of a similar nature at Gibsons! 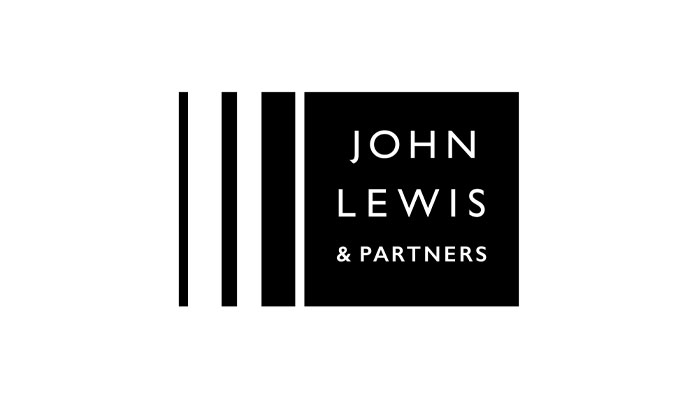 Oh! Quite small changes? Okay… And looking at the finished product, was that direction more right for the game, do you think? Or more right for the publisher? Or both?
As developers, we work with an array of buyers and sales teams who have years of experience within games… Working with John Lewis certainly helped us improve our packaging. This direction worked for both the game and the publisher; it helped ensure the game was successful in the current market.

Good answer, thank you. And if you could’ve waved a magic wand and had one thing happen to make your life easier on the project, what would it have been?
I would’ve liked to be part of the initial discussions between the inventors and publisher. I can imagine it would’ve been exciting to help outline the game’s concept from the start.

Yes, I imagine that the continuity would’ve helped. And – I brace myself as I ask this… As inventors, what could we have done to have made your life easier?
It was great to work with you inventors because you had an idea that was genuinely exciting, and had the potential to be a great commercial success.

The main obstacles to achieve this were largely unavoidable and Covid related. At that time, for example, no one was used to conducting meetings over video-call, and it’s something we’ve been forced to adapt to. That meant the development process wasn’t as seamless as it may have been from face-to-face meetings. 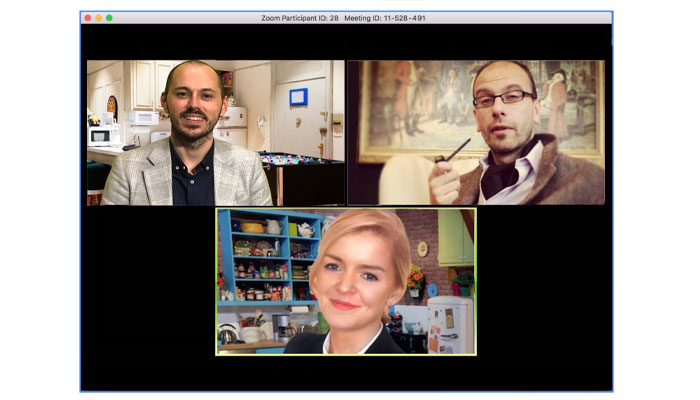 Well, I think that’s a very good answer and perhaps quite a tactful one! It’s hard to imagine we didn’t outstay our welcome at some point, but thank you. We need to start wrapping this up, but let me ask this: what else do you think Mojo Nation readers would like to know about the process and progress developing Out of Order?
So much of the content had me in stitches; it’s not just funny it’s also really clever in the way each card is laid out. We played this game with members of the UK Games Expo 2021 – and it was great to see everyone getting excited about the concept! 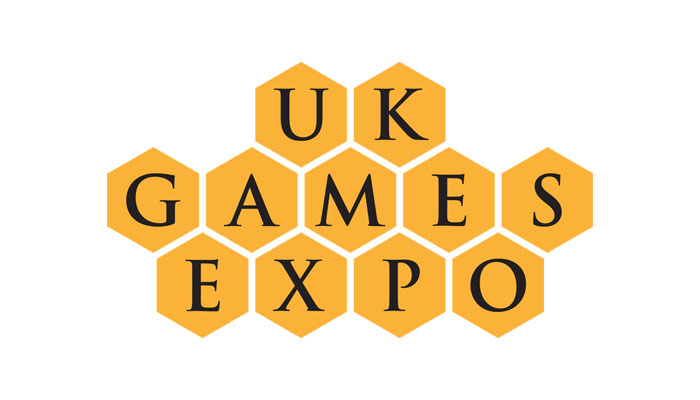 Brilliant, thank you. You’re a pretty fine ambassador for the game; we should put you on a retainer! Speaking of which… Shortly after Out of Order was finished, your year with Gibsons was up – and you moved on! What is it you’re doing now?
I actually chose to make the career move into UX design and development, so I’m currently studying to work in this field while working part time!

Well, look it’s been a pleasure catching up with you and hearing your thoughts as the missing part of the puzzle. Thank you for making time! Also, you left Gibsons before I really got the chance to thank you properly for all your hard work. I greatly appreciate your time, insight and effort. Thank you again. 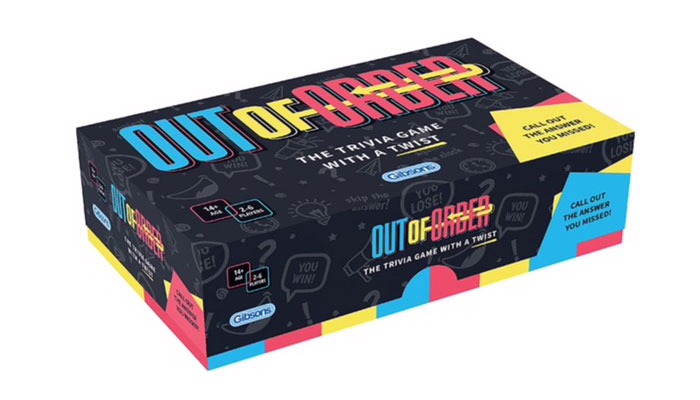