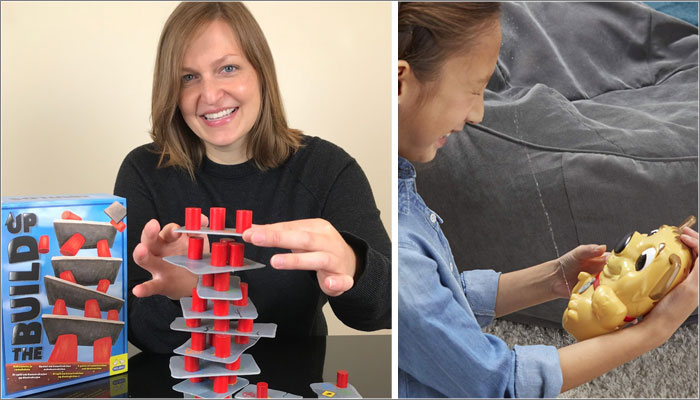 Games designer Kim Vandenbroucke has an expansive portfolio that spans everything from dexterity games about balancing food on your head to pre-school titles designed to help youngsters learn their colours through play.

As well as designing games, Vandenbroucke also reviews them over at TheGameAisle.com, where she champions great products and promotes the designers behind them, as well as sharing key industry insights.

Fresh from winning the Emerging Innovator Award at Hasbro’s annual Innovator Expo, we caught up with Vandenbroucke to learn more about her approach to design, and find out about the real-life inspiration behind one of her recent launches, Hasbro’s Peeing Pup. 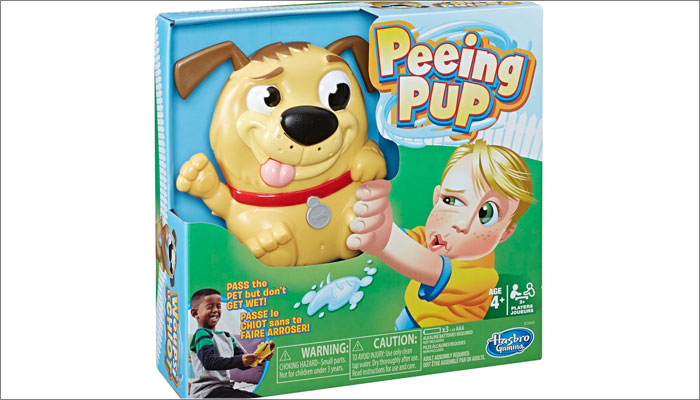 How did you get your start in the world of game design, and what was the first product you had published?
I started right out of college at Meyer/Glass Design, a toy and game invention house in Chicago. The very first game I designed and pitched was licensed on the spot by Hasbro.  It was called Cover to Cover and was a very cool magazine scavenger hunt game. 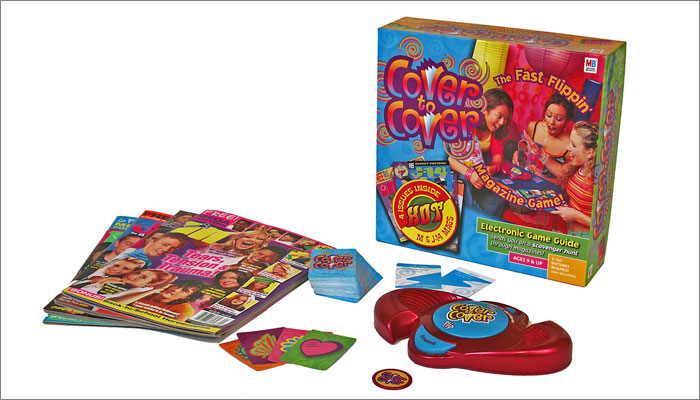 How would you sum up your approach to design, and has it changed much over the years?
I approach brainstorming in so many different ways that I think what I do now is still similar to what I did when I first started. The thing that’s really changed is my understanding of the toy and game market – which is a positive and a negative. Sometimes I quickly filter an idea out because I tried something similar a decade ago and it didn’t work.  On the flip side, I’m definitely better at pitching than I was when I first started.

One of your recent launches was the fabulous-looking Peeing Pup from Hasbro. The game sees players pass a cute dog between them, trying to avoid getting squirted at! Can you talk us through where the idea came from for this, and did it take many forms on its journey from concept to shelf?
Thanks! I was staring at my dog Otis while my brain was chugging on game ideas and I started thinking back to when he was a puppy.  He was so cute and everyone wanted to hold him, but you didn’t want to hold him too long because he might pee on you.

I just thought that was such an amazingly relatable game idea and who doesn’t love dogs?  (Especially when they pee water and don’t shed or chew shoes!) I pitched it at ChiTAG (Chicago Toy and Game Fair) and Hasbro worked their magic and made one darn cute peeing pup! 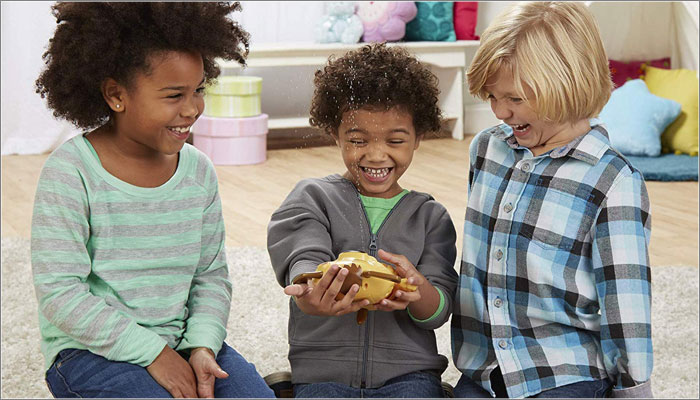 We aren’t as classic-brand focused as we once were, so there’s lots of space to invent. I personally feel less constrained when I’m coming up with game concepts as I feel there are lots of companies to pitch to and many of them are looking in lots of different areas.  I hope it continues!

You also review games at The Game Aisle. Has reviewing had any knock-on effect in terms of how you approach design? We imagine it could help you empathise even more than you already might do with the end consumer when designing new games?
Yes, I’ve been reviewing games for 10 years now and I think it’s really helped me keep up with what’s in the market and forced me to play a lot of different types of games.  It’s been great! There’s so much you can learn as a designer/inventor from playing games regularly.

Finally, how do you fuel your creativity?
I don’t really know. When I was asked as a kid what I wanted to do when I grew up, I said I wanted to be an inventor and I was told that wasn’t a real job. It’s just a thing I’ve always done and there are definitely days when the air feels more creative than others, but I think part of my brain is always thinking about what I can work on next.

In a way, a better question would be “how do you take a pause from creativity?” and I’d say volleyball. It’s the only time my brain is completely engrossed in something else. Ha!