Marcel Pasternak of BionicToys discusses the power of words, nature – and respect 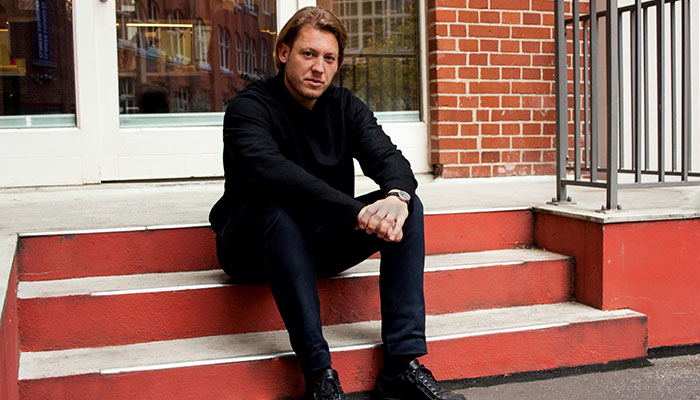 Marcel, a great pleasure to talk.
The pleasure is all mine, Deej!

Well… You’re kind to say so. You may change your mind by the end; many do! Let’s start in the obvious place… With which toys and games did you play as a child? Do they still influence the way you think?
Absolutely! LEGO had an impact on me early in my development and is likely the reason I became a product designer in the first place… Who could resist their inspiring yet simple designs? Fast forward to today, where I have the pleasure of naming them as a direct competitor. Just as LEGO took over the world, BionicToys is poised to do the same and inspire children globally to take an interest in nature.

So to that point… You’re the founder of BionicToys… It’s a really beautiful innovation! For those that haven’t seen it, what is it?
The word “Bionic” simply means a blend of biology and technology. That innovative mix is what we at BionicToys use to create toy building sets with both stiff and flexible building bricks.

That’s the combination, I think, that makes this so interesting. What does having stiff and flexible building bricks let you do?
Through this method, you can build natural constructions akin to how nature approaches problem solving. For example, you can make a scorpion claw to extend your human hand, or construct a model sea turtle complete with a hard shell, soft flippers, and a swimming mechanism. And, to help facilitate ideas for young scientists, we include supplemental educational booklets with each construction set! 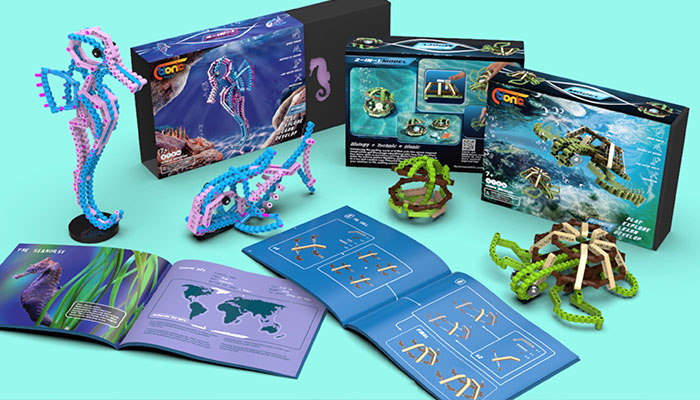 It’s great; I love it. How did it come about?
I’m completely fascinated with Mother Nature and her way of solving problems. I did extensive research into bionic principles and found that nature prefers to achieve motion through flexible fibres such as muscles, tendons, and ligaments… And yet all traditional building bricks are the total opposite – hard and stiff. I decided to invent a rubber-like construction brick that behaves similar to flexible fibres found in nature. Thus, our patented FlexBrick was born, designed to bring constructions to life like no toy before.

I’m very interested in your views on nature: its patterns, its solutions and its lessons… Tell me a little about that.
Nature has always been a place I immerse myself in. When I was a kid, I loved exploring new terrains in the woods and forests, or building treehouses. And in fact, my Berlin Studio looks like a treehouse as well!

What is it about woods and forests you like?
They have an enchanting effect on me – they’re a magical place filled with unlimited colours, patterns, and solutions. And it feels so strange to see all those organic shapes and compare them with our manmade, rectangular concrete houses. We share a planet with nature, but for some reason humans have decided that hard and stubborn materials have more value than soft and pliable ones. I’m here to show everyone that it is the other way around. 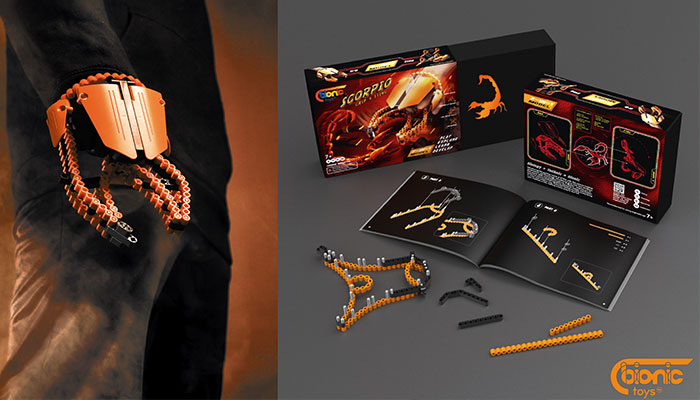 To what degree, then, do you think great design can take its lead from nature?
I think great, manmade design should take all of its cues from nature. Nature optimised its processes over millions of years. How long have societies been around? Humans shouldn’t even begin to think they can do things better… The only thing we can do is watch, learn, and be thankful. BionicToys is my way of creating awareness of our ecosystem.

And on that subject, you were frustrated, I gather, when you made a patent application for BionicToys… You had to use the ill-fitting word “Brick” to cover the strands you use. I’m interested, then: do you think language sometimes limits creativity? Or automatically sets designers on a path?
I consider language to be a powerful tool with many approaches you can take, especially when it comes to inventions. There’s a famous quote by Henry Ford, who said, “If I had asked people what they wanted, they would have said: faster horses.”

That’s a great quote! Similarly, there was a time when – if you asked bank customers what they wanted – they’d have said, “Longer opening hours”. They wouldn’t have dreamed of the ATM…
Exactly! As an inventor, you have to know your target audience well, and you have to be able to pinpoint their pains and needs by asking them the right questions. But be careful with the words you chose. Because every word released may limit the level of innovation you want to foster. 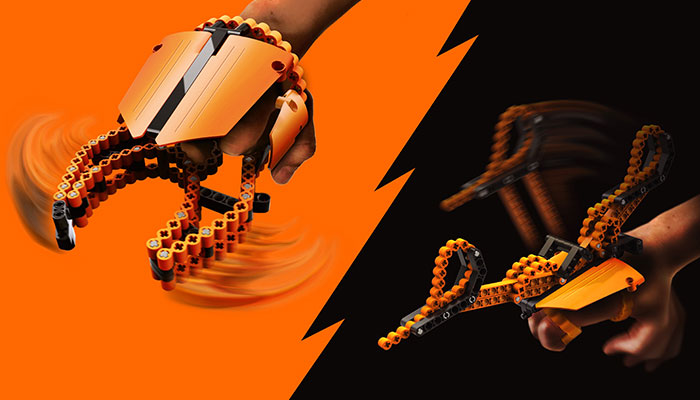 For illustration’s sake, can you give us an example of that?
Absolutely… So if I were to say to you, “Create a toy” the outcome would probably be much more limited than if I said, “Create a fun experience”…

Right. Because you’re aiming for the the interest, not the position. The label ‘toy’ isn’t that useful that early…
And by the time I needed to label my invention, I’d already created the process… I wasn’t too influenced by the old, ill-fitting word “Brick”. In fact, I named it the FlexBrick because I loved the paradoxical nature of it. I figured that would pique audience interest. 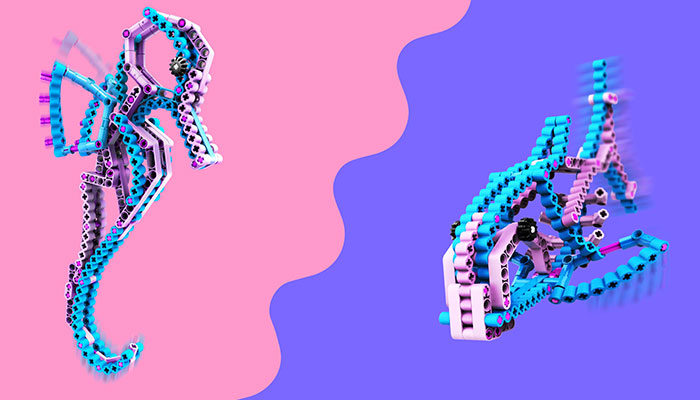 Respect? Interesting answer… In what way?
While other brands may see kids as simple consumers, or focus primarily on their parents, I try to take the children seriously. It’s them who are the creators, the innovators; the ingenious master-builders. I simply introduce them to the tools that are outlets for their creativity.

I’m curious then, Marcel, what’s your creative process? What do you do once you have that first germ of an idea? Write it in a notebook? Put it in your phone? Mark on it for a few days? Walk me through it!
When I was younger, I felt quite overwhelmed with all the visual impressions life had to offer, and always carried a huge sketchbook with me to try to make sense them. Nowadays I have much better control over my perception – thankfully!

No notebook?
I’ve turned the paper and pen digital… I take pictures with my smartphone, add a note, and store it in the cloud. I do quite a bit of research online or in the library. Podcasts and documentaries also help a lot. Overall, I’d say the best method I learned for my creative process is to let ideas sit for a while. They hit you like a flash sometimes – but a good idea is not yet a good product. They need time to develop and time to find the right partners. 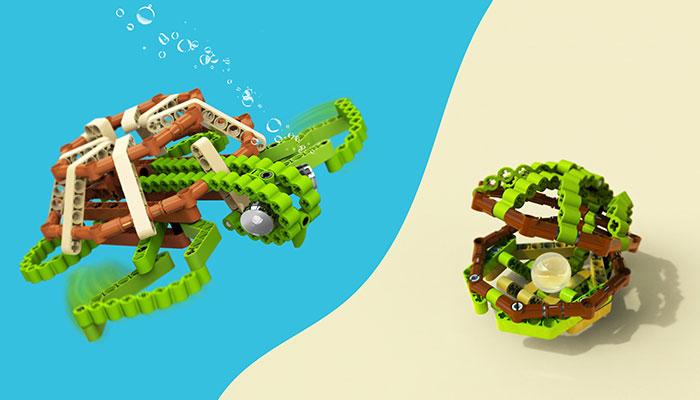 Interesting. What’s next for you?
After landing licensing deals with some huge toy companies like Clementoni and Cada, BionicToys decided to produce our very own bionic construction sets. It’s been so much fun to see my invention coming to life with so much personality, and you can feel the love of our design team embedded in every piece.

We shouldn’t be bashful here… Let’s just give it a big old plug! What’s the line called and when’s it out?
The product line is called C-bionic and will be released in September 2021, starting with the SCORPIO, TURTLE, and SEAHORSE sets. I’m also especially excited to see how the market will react to our STEM set for girls – as nature’s a topic that concerns us all. We just launched our online shop where we’ll be adding even more bionic science sets soon. 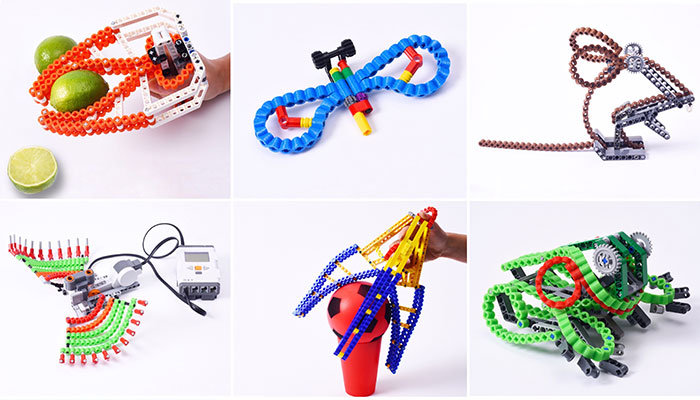 Sounds great. We’ll put a link in there and some photos in, too. This has gone very quickly Marcel; we need to wrap things up so let me finish by asking you this… What’s the most interesting thing in your office or on your desk?
It’s a plant called Alocasia Macrorrhiza – or “Elefantenohr” in German…

Elefantenohr? Elephant something?
Yes! It means ‘ear of an elephant.’ She has impressive, fast-growing leaves and even bloomed last year. Some leaves are so huge they stand straight up and ignore gravity. The secret to this – and here comes the interesting part – is the constantly transforming cross section of its stem. It starts as a V-Shaped cross section before transforming into a U-shape, a heart-shape, and finally reaching its O-shape cross section. It’s a perfect example of how diverse nature’s constructions can be.

Great answer! I’m going to have to look into that; sounds fascinating. Marcel, best of luck with the launch and thank you so much for your time. 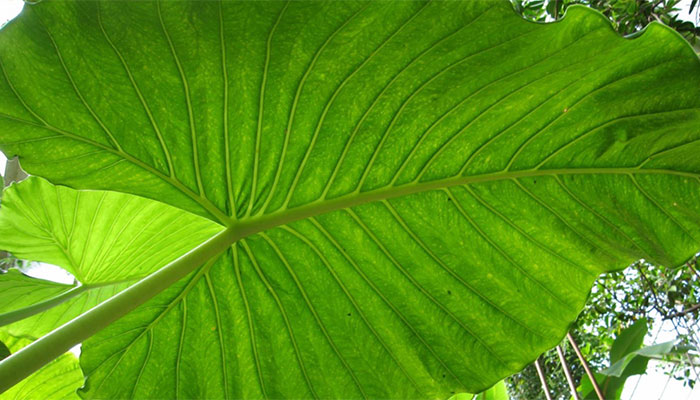 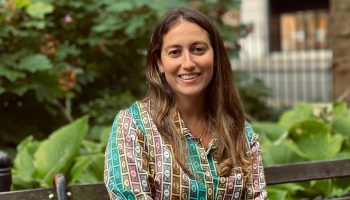