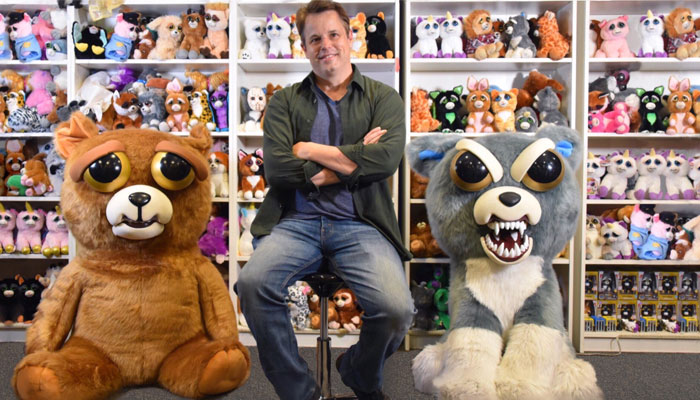 Mark, you’re the M in WMC; the William Mark Corporation. What’s the W?
My first name’s William! So there you go…

Simple as that! Tick! So… Before Feisty Pets, for what were you best known?
My first big hit was called X-zylo – a flying cylinder that can be thrown over 200 yards. We sold millions, and that’s what launched the company.

The X-zylo… That’s the flying gyroscope? I’m familiar with it! I didn’t realise that was yours…
Yes. That’s my first big hit; I came up with it when I was very young. My Mystery UFO and Flitter Fairies were also big international hits for us. Our biggest-ever hit, though, was the Air Swimmers… Giant, remote-control flying sharks and clownfish. That generated an international fad. 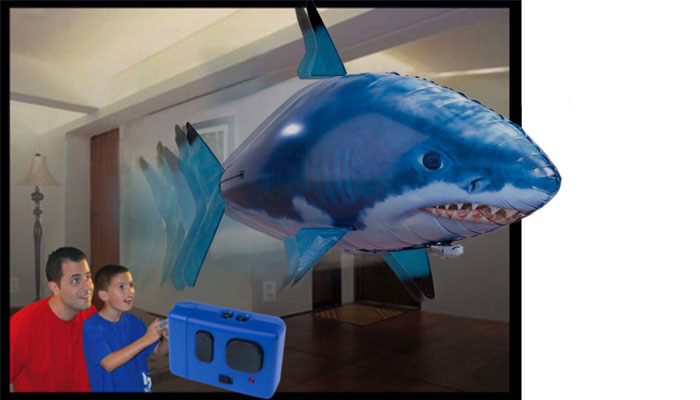 Yes! I think Jonathan Ross had one on his TV show here in the UK. Everyone was asking about them. So, now… Generally speaking, I’m not a huge fan of plush – but I think Feisty Pets are absolutely fantastic! How do you describe the concept?
That’s funny, I’m not a big plush fan either! I’ve always been mostly into inventing flying toys, and plush had never been on my radar… So inventing a successful plush line was never in the plan! We call them the bad boys of plush; the Anti-Care Bears. Stuffed attitude!

Anti-Care Bears! That’s great!
The Feisty Pets also have an edgy sense of humour along the lines of Bugs Bunny, or Bart Simpson. You can see that on our Feisty Films channel on YouTube – we’re now up to the 127th episode, and 300 million views. Our fans really respond well to that irreverence.

And how did that idea come about?
I’m an artist and always have been fascinated with how a slight change in eyebrows can make a tremendous change in facial expression. I tried to design a mechanism that would have the most dramatic mood change with the least amount of mechanical movement. 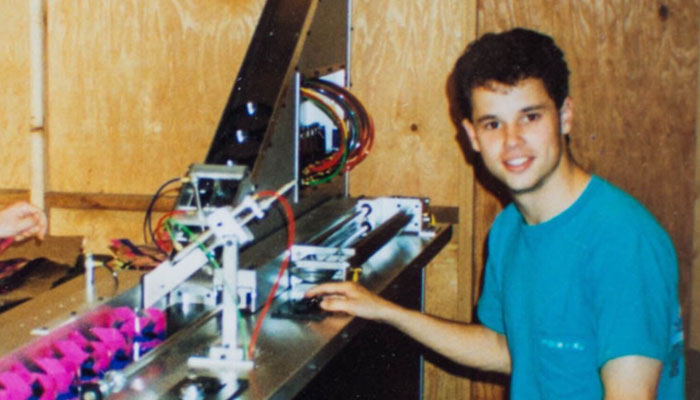 So it was just that thought? Just the eyebrows changing made you curious?
Yes. Then it was clear that dropping the jaw and bearing the teeth would also make a huge impact on the emotional expression. At the time, I called it the ‘Jekyll and Hyde monster’, and it would’ve been a little plastic guy that would sit on your desk.

Oh! So to clarify: this wasn’t intended to be a plush at this point?
No – just little plastic toys. This idea was just okay and sat on the shelf for a few years in favour of other inventions. A while later, I was inventing a product called Sneekums… Sneekums required me to cut up a lot of stuffed animals for fur during the development – something that was traumatic for my daughter. 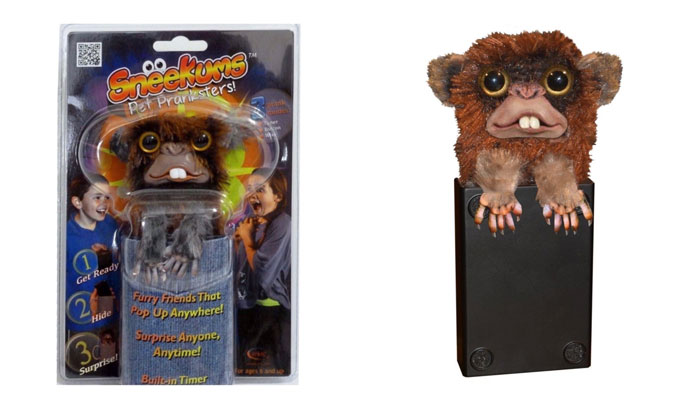 In any case, my office was filled with plush animals at that time, and as I was going through my invention notebook, I saw the monster idea again and looked up to see hundreds of stuffed animals looking at me. At that moment I said “Oh my God, this is a plush line!” From that point on, I was completely focused on making sweet stuffed animals turn on you in the most dramatic way possible.

What a fantastic story! I love it! Notebooking, hard work, patience, luck! It’s all going on! And when you first showed Feisty Pets to potential buyers, then, what was the reception?
To my dismay, the reception was terrible. I’d spent two years developing the toy… We took it to the New York Toy Fair and pitched it to plush buyers. It turned out this was not a product plush buyers were into! The response was, “Why would you want to scare little kids? This is terrible!”

That’s amazing…
Right? It greatly perplexed me because every kid I’d ever showed it to during development laughed their heads off. So I said, “Oh well, we’ll just sell a few containers and on to the next invention.” 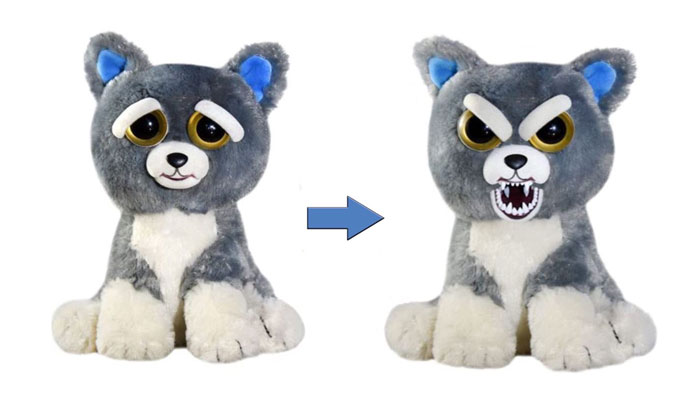 But – let me ask… As a setback, was it more than perplexing? Was it upsetting?
It was, particularly since I already had three more expressions planned, and many new characters. I already knew that if I could have a minimum level of expression, I could story tell and have a series on YouTube that could propel the brand. This would now not be the case… I restricted the launch to four characters to minimise any financial risk that an unsuccessful launch might create.

Wow. So the industry wasn’t hugely keen… What did you do to persevere?!
I got on to inventing the next product! However, I was working with my sisters and they were absolutely convinced this would be a hit, even though initial orders at the show were weak. But as the head of the company, and the person who writes the checks out of his own bank account, I couldn’t afford to be so optimistic.

I’m very curious then: sometimes inventors convince themselves they have a great idea despite feedback to the contrary… But that conviction is pure folly! How do you know the difference? At what point might you have given up with Feisty Pets?
I was initially very confident in the idea because all of the children I showed it to thought it was hysterical! That kept me going. And I’ve always had a good sense when something is just freaking awesome – even if others can’t see it at the time. It’s very difficult for people to critique an idea or prototype since that’s an analytical process. And people do not use analytics when they buy something – it just happens to them… 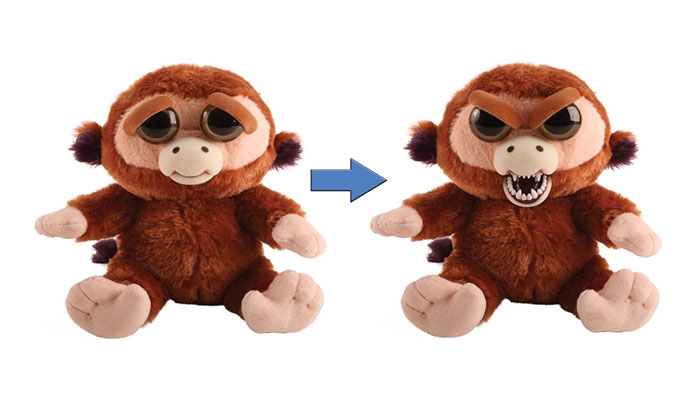 In what way?
It’s like watching a movie – you experience it. However, if going into the movie I asked you to tell me what you’d improve, you’d come at it totally differently. You’d feel like you hadn’t done your job if you didn’t have a list of things that were wrong with it. So I’ve alway found focus groups to be of limited value when inventing toys.

Right – “People don’t know what they want until you show it to them.”
Right!

What was the turning point, then, Mark?
The turning point came when I posted the commercial video on YouTube and it went viral. It now has over 60 million views. It turns out all of the buyers were wrong and the whole world got the joke at the same time! 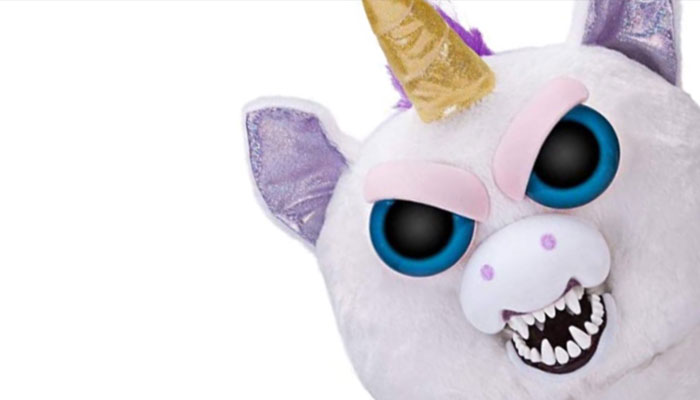 And how did you react to those views to convert them to sales?
I quickly called one of my amazon sellers and said, “Take a look at the Google analytics. They said, “Amazing! I’ll take a 40-foot container ASAP!” I called my next amazon seller and they said, “Amazing! I’ll take two 40-foot containers ASAP!” And then the next… They were also asking if I could make a goat, a snow leopard, or a unicorn and so on. I said yes… We went from four characters to 14 in two weeks! And at that point, I knew I could execute my other expressions – doofus, evil grin and tongue out…

Good nicknames for the Mojo team! And that opened things out?
Exactly. Basically, that meant I could start storytelling! But nothing prepared us for what happens next… In short, a mother posted a video on Facebook. In it, she uses the unicorn – Glenda Glitterpoop – to scare her child! That video generated 180-million views in two weeks… At that point, it was a production problem not a demand problem.

Great! Great stuff… How do you stay creative, Mark?
Being detached from the toy Industry is important. The worst way to invent something new is to walk down a toy aisle at a store and contemplate your next product…

Why’s that?
My feeling is that visiting the toy aisle only lets you look at the world that “is”. But you should be shooting for something someone has never seen before. So you might look at the squirt gun section and say, “Hey, those sell – I’ll make one that you can put ice in and the water will be freezing!” But that will just be a small change, and not something completely different. But going to an aquarium, say, and noticing that – from below – sharks look like they’re flying is a better way to go. Having said that, trying to come out with something completely different is always a high-risk endeavour! 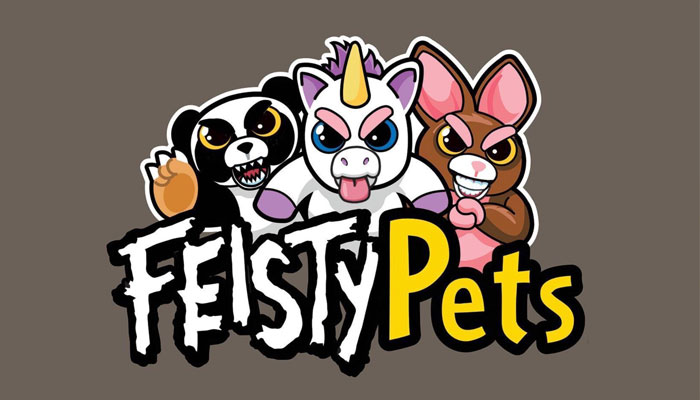 Got it. Interesting. So are you creative outside the toy industry as well?
Yes – I like to draw, create music and make videos as well – that can all be like creativity cross training! So having a broad range of experience and staying hyper curious is still the best bet.

And – conversely – what stops you being creative?
Fear of failure is always the biggest obstacle to trying to do something totally out of the box. Fear is kind of the opposite of play, and play is required to be creative. As we were saying, working on unrelated creative endeavours also helps… If you can do great work in other areas, it can give you confidence that your creativity has a broader value than just personal edification. However, fear is also one of the emotions that keeps you developing.

How so? Like a whip without a stick and carrot?
Yes, you have that thought: “If I don’t come out with something new, I’ll be out of business in a few years.” So balance is required. Also, a brutal honesty as to whether the idea is good enough – or if you yourself are good enough to pull it off – is essential to evaluate. 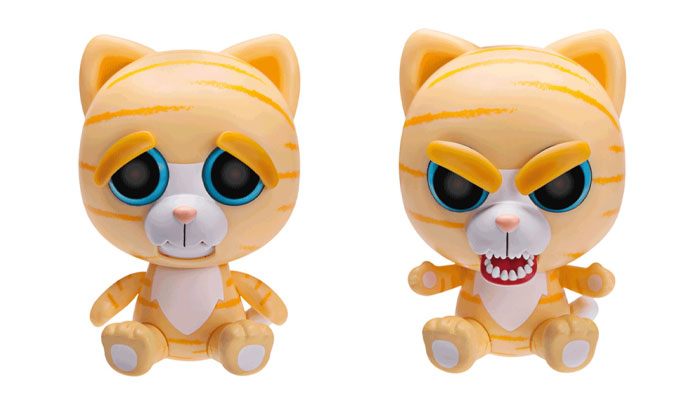 What advice do you give people that want to get into this industry?
Don’t do it! Ha! I’m only half joking… It’s a very tricky industry which requires both creative thought and business savvy that usually don’t coexist well together. As they say in Hollywood, “The problem with the business of making movies is that it’s an art. The problem with the art of making movies is that it’s a business.“

Love that quote!
People think the idea of the toy is the invention… That’s just the price of admission. The real invention is actually devising the process by which you can produce the good idea for a price that the majority of people are willing to pay. That’s where the hard work lies. 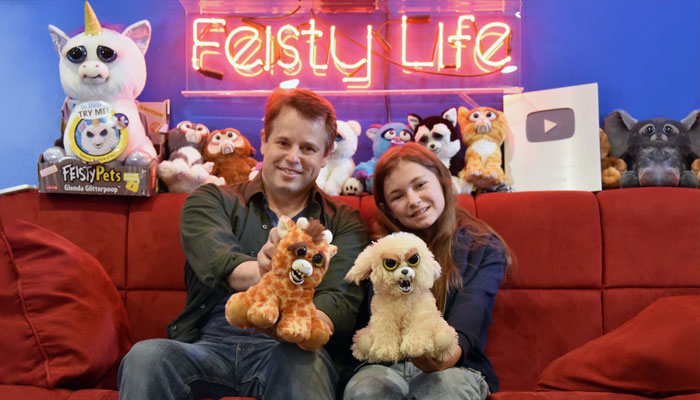 Fantastic. Mark this has been such an insightful chat; I’m a huge fan of your products so I’m enormously grateful for your time. Let’s start wrapping things up… What’s next for you?
I want to come out with a different line of Feisty Pets that do something completely different; designed to propagate on different social-media platforms. I’m also writing and directing a feature-length movie about different world views of people around the globe.

Finally, then, what’s the most interesting object in your office or on your desk?
A small native ax, designed by the Dani tribe in Papua to chop off fingers. True story.

Good God. Well – I’m glad I asked! Mark, thank you again. Come back, won’t you, and tell us how things are going. 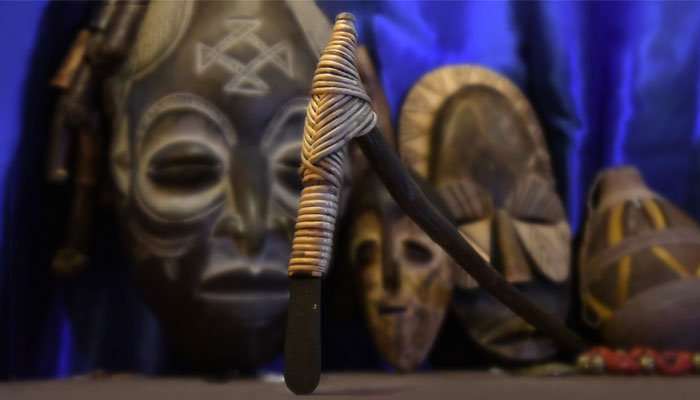