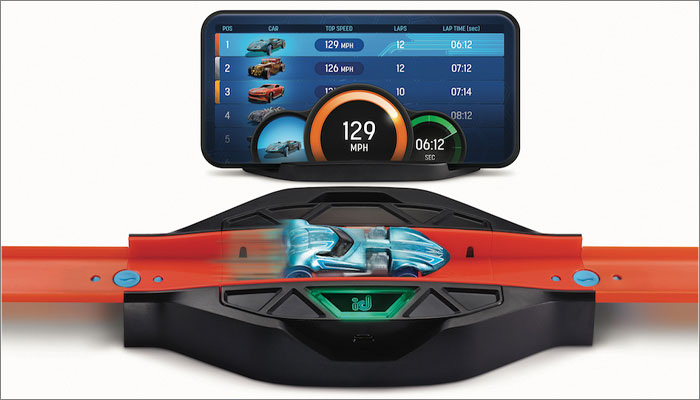 Mattel has debuted Hot Wheels id, a new blend of physical and digital play that allows kids to race in both the real and virtual worlds.

The line includes Hot Wheels id die-cast vehicles that are equipped with wireless technology that stores each vehicle’s performance data and makes them uniquely identifiable.

“Hot Wheels began innovating vehicle play over 50 years ago and now, we are doing it again with Hot Wheels id,” said Chris Down, Chief Design Officer at Mattel.

“While the brand is no stranger to digital play, this is the first time our fans will be able to keep track of top-speeds, races-won, and challenges-completed with Hot Wheels id die-cast in the physical world. Then, they can collect, manage and race the same cars in the digital world. This revolutionary Mixed Play experience enables kids of all ages to take on challenges like never before.”

Check out Hot Wheels id in action below: