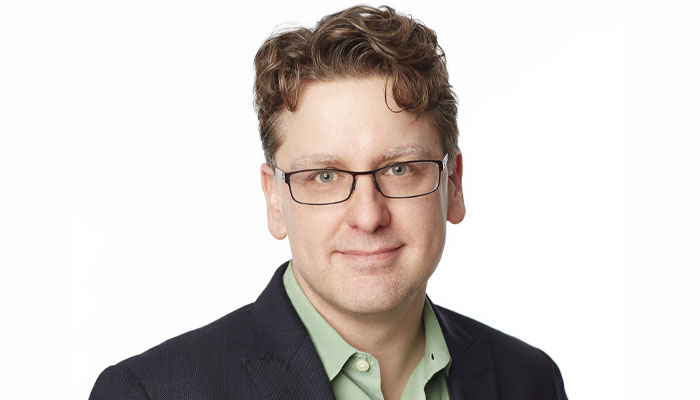 This week has seen Mattel Television’s Masters of the Universe: Revelation land on Netflix, marking the first piece of episodic content from the franchise to be produced in nearly 20 years.

Helmed by showrunner Kevin Smith, Revelation has been deemed a “love letter” to the fans who grew up with the franchise, and features deeper themes, characterisations and battles designed for the adult audience.

We caught up with Rob David – Executive Producer of Masters of the Universe: Revelation and Vice President, Content Creative at Mattel Television – to find out more about the development of the show and what guides how the toy firm brings its IP into TV. 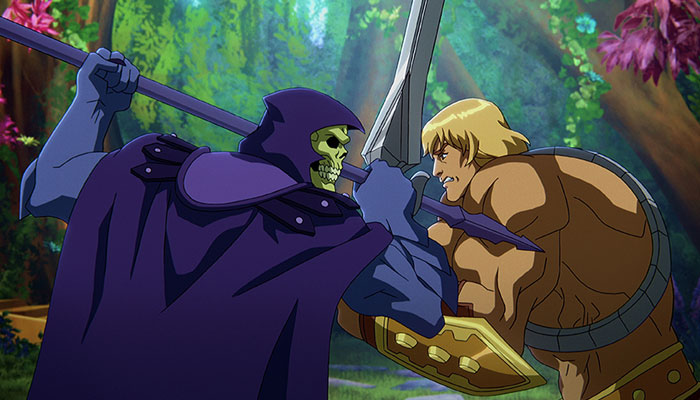 Rob, it’s great to catch up. Thanks for making time. Before we dive into Masters of the Universe: Revelation, what came first for you: a love of content creation or a passion for toys?
Oh, that’s the ultimate chicken or the egg question! It’s so hard to tell which came first – both loves are like the double helix chains of my brain’s DNA. I do know that I learned how to become a writer and storyteller by playing with my toys.

I grew up in a split-level house, with a big basement with plenty of sunlight. My kindly mom and dad gave me sovereign domain over that “world below.” I could play with my toys all day, and never have to put them away at night, so long as my toys stayed downstairs. I would spend days, weeks, months playing out plotlines with my action figures. They started off simple but only got crazier and more complex.

Everyday afterschool, I’d just go back down, sometimes with my friends, and just pick up on a cliff-hanger where I’d left off. Looking back, it feels like I was playing out what I’d now call season arcs of a TV show.

This love of storytelling prompted me to become a writer/producer in TV animation. I love telling stories that inspire play. I’d written for Disney, Nickelodeon, PBS and Cartoon Network, when Mattel recruited me to come inside to write, develop and produce new storylines for Masters of the Universe across the entertainment landscape. I’ve also had the opportunity to develop other Mattel IP into TV shows as well. Total dream job.

I was about to say it sounds like dream job territory! And your official title is Vice President, Content Creative at Mattel Television. For anyone new to this division of Mattel, how would you describe the company’s approach to translating its iconic toy brands into TV shows?
Mattel has some of the most iconic IP in the world – and the strength of any IP is in its characters, its world, its story… When Mattel TV creates a new series, we focus on those three pillars.

Who are the characters? What do they want? What do they love? What do they fear? What stands in their way? How does their world resemble the world we know, yet push past any world we’ve yet imagined? Is it a universe diverse and expansive enough to tell not just one story, but a thousand different tales for generations to come? It’s a big task! But that’s where we start.

Obviously, we love toys; we look for concepts that encourage toy play. But it all has to start with character, world and story – that’s what fuels the passion for play. 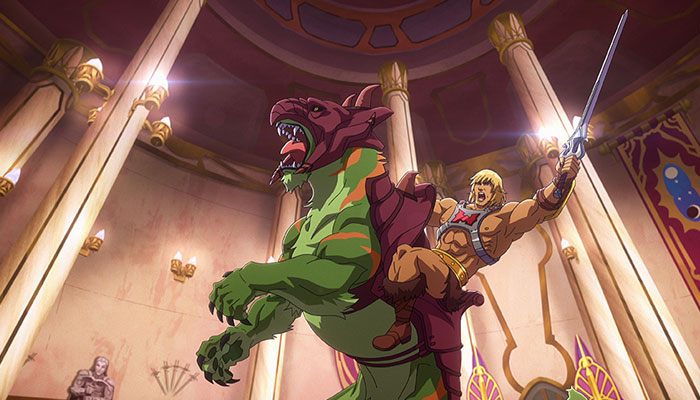 Great stuff. This week has seen Masters of the Universe: Revelation land on Netflix. You’ve said this is a “love letter” to fans who grew up with the franchise, so this is very much a continuation rather than a reboot?
Absolutely! It’s a follow-up to the entire 1980s era of Masters of the Universe, a sequel to that classic storyline. We’re inviting fans to come back and pick up their old He-Man figures right where they left them.

In Revelation, we’re able to pay off plot points and character arcs hinted at in the 80s; many of which fans have waited decades to see. And because we’re creating this for fans who have grown up, we’re able to raise the intensity and stakes, and depict this fantasy realm with added realism, beyond what was possible when we were watching He-Man as a kid. Our heroes have never been tested like this.

How did you balance that need to cater to adult fans of the show, while also bringing in a new audience that will hopefully fall for the franchise as hard as folks did in the 80s?
We’re actually producing not one, but two new animated Masters of the Universe TV series for Netflix. The first, Revelation, is aimed at that adult fan; the second series, which I developed for television and serve as showrunner, is He-Man and the Masters of the Universe, a CG animated series that reimagines the property for the next generation of fans. 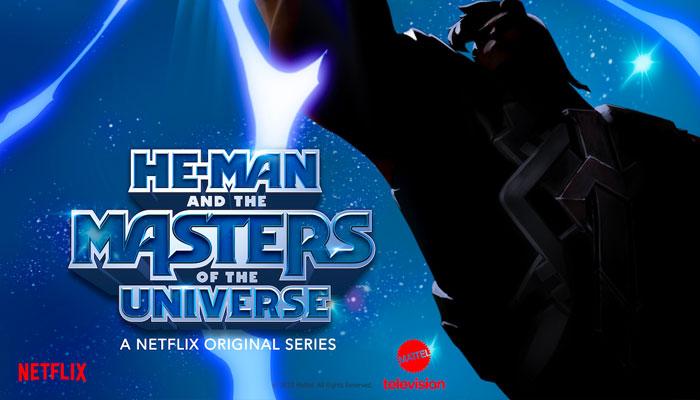 Kids today will get to meet Prince Adam from day one, the very first time he holds aloft his magic sword and says “By the Power of Grayskull, I have the power!” Masters of the Universe is so rich and compelling, its tent is big enough to include everybody. We’re encouraging parents to share Revelation with their kids, and for kids to share He-Man and the Masters of the Universe with their parents. Both shows are co-viewing, family events by design. We all have the power!

We’ll keep an eye out for that! Back to Revelation, the showrunner for the series is Kevin Smith, the filmmaker behind movies like Clerks and Chasing Amy. What made him a great fit for the Masters of the Universe brand?
I’m a big fan of Kevin Smith, not just because of his movies, but because of his comics. I’m a comic book geek, and I really enjoyed his run on Marvel’s Daredevil, where he embraced the source material, but pushed it to new levels. I wanted him to helm Masters of the Universe: Revelation because of that quality.

Kevin loves the genre but isn’t afraid to take risks. We developed Revelation together; the nucleus of the show is based on a story I had written for Mattel a few years back called The Fall of Eternia. Kevin and I took that idea and evolved it into Revelation, and then with the guidance of our brilliant exec at Netflix, Ted Biaselli, and the collaboration of an amazing team of writers, evolved it even more into the show that debuts this July.

Kevin has excelled in running the show, day to day, through every phase of production. He’s a fantastic talent. 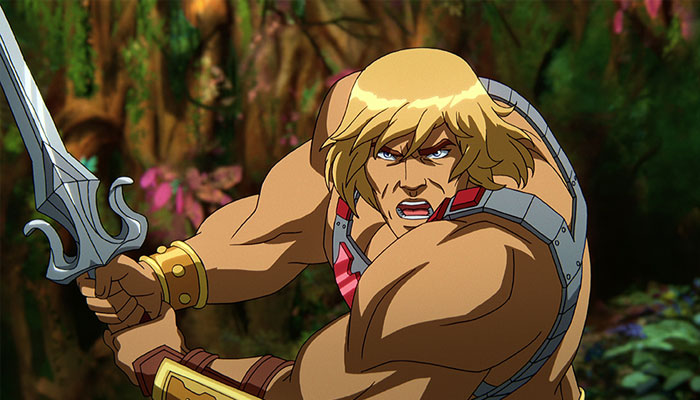 There may be some toy inventors reading who work with Mattel. Does this show provide them with a great new sandbox to play around in when it comes to creating Masters of the Universe toys?
Absolutely! Masters of the Universe toys are known for their innovation! In the 80s, every figure had its own creature feature that not only defined the core concept of the character but was something kids could actually play with. Moss Man was really mossy; Stinkor really stank. The brand, then and now, is all about mashing up elements and genres, fantasy and science fiction, with new and surprising twists. The sandbox is wide open for play!

Rob, huge thanks again for taking time out for this. Before I let you go, are there any other shows that we should be keeping our eyes peeled from Mattel Television?
Masters of the Universe: Revelation is on Netflix now, with He-Man and the Masters of the Universe premiering soon. Beyond that, look for a delightful 2D reimagining of Thomas and Friends for Netflix, called Thomas & Friends: All Engines Go, and a bold, hilarious new take on Monster High that Mattel TV has created for Nickelodeon.

It’s a great time to be a kid, or an adult who’s a kid at heart.