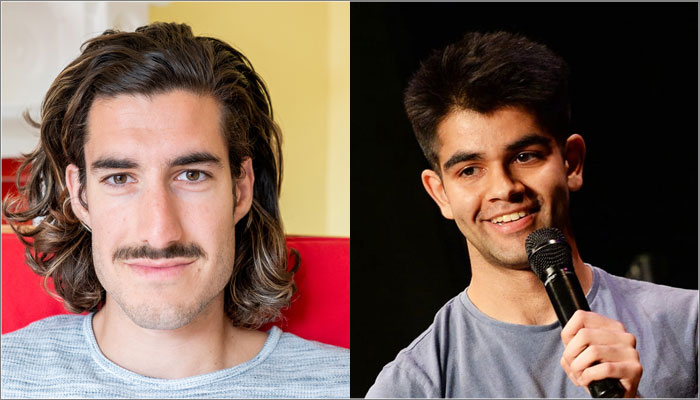 The firm’s latest game, Underwater Missions, launches this week on Kickstarter, so we caught up with Petros Nicolaou, product and interaction designer at OjO, and Surya Dhir, who looks after digital marketing and sales at the firm, to find out more about how the team at OjO tackles games design. 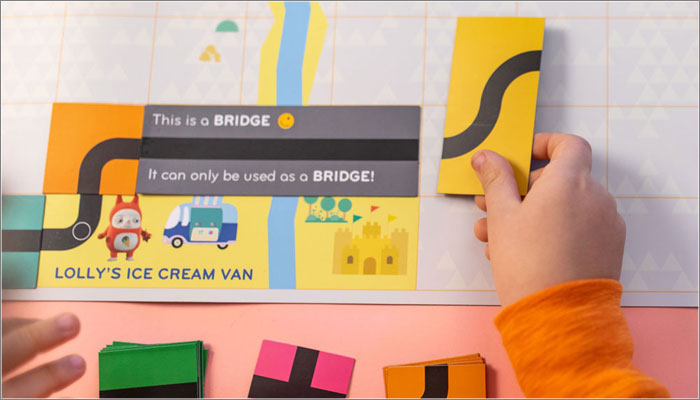 So Petros, if we start with you, how did you get started in the world of toy and game design?
Petros Nicolaou: I studied production design in the UK and Italy and then worked in different studios, gaining experience in furniture design, website design and branding. Then, in 2017, I got the chance to work as a freelancer at LEGO; I helped LEGO’s prototype department create new play experience and fresh functions for their existing models, and also worked a little bit with the design teams who were building sets.

Then I moved from Denmark to London and met Maha Khawaja, the CEO and founder of OjO. She was looking for a product designer to initiate a series of STEM-based arts and crafts kits. That was our first project, and we explored different themes like rainforests and Mars.

As a team, we looked at what kids and parents want to know about the future, and what we can do to best prepare them for the future by helping with some basic, but very important skills. To be honest, that was new to me and we were learning as we were developing the product. 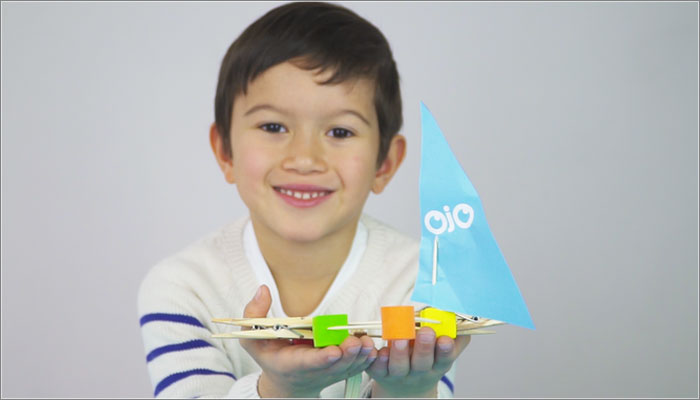 After a year, we came across the Bett Show and that’s when we realised that coding games were going to be the next big thing and so we wanted to create a coding game. We spent a few months researching different coding games that were out there in the market and then set out to create something different, something cheaper and something more universal that can be played with by kids from a variety of different backgrounds. Out of this, we created the Which Way game. The Which Way game teaches the fundamentals of coding through a map and a car; basically you have to travel from point A to point B by coding your own path. 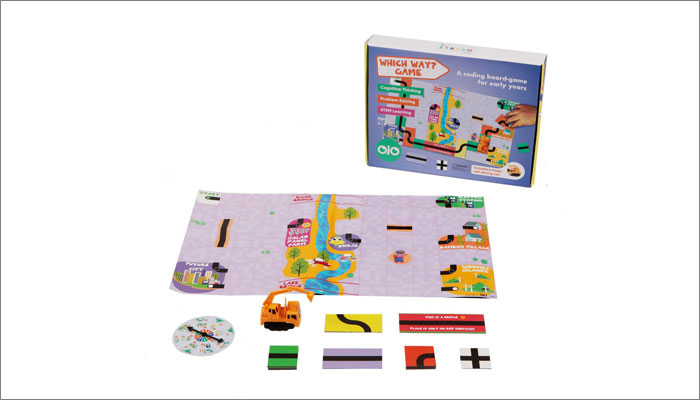 How did you go from Which Way to the wide range of games OjO has now?
PN: After that, we wanted to try something different. Our whole journey has been experimental; we’re trying to create different things and I think it’s common for a start-up to have that initial ‘why’ question, and then try and find the best way to communicate that to our audience.

We then came across the board game market and realised how big this space is. We wanted to go back to the drawing board, come up with a system, standard our process and then explore areas that kids would find interesting through board games.

So for the last year and a half, we’ve been working to create a series of STREAM education board games that can teach kids about different concepts. During this time, I think the team and the company has been consistent with our product offering and this has enabled us to build some momentum. 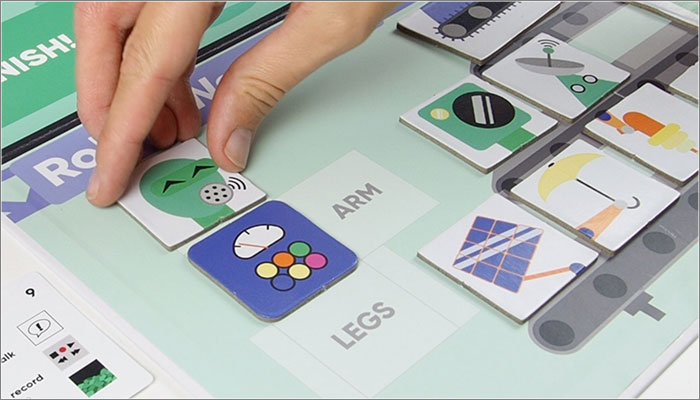 You’ve used Kickstarter for the launch of several games, and your latest title – Underwater Missions – is arriving on Kickstarter this week. What is it about the platform that keeps you coming back?
PN: After three Kickstarter campaigns, we came to realise that through crowdfunding, we can attract a large, global audience, teach them about what we do and promote our offering. It’s an impactful way to promote our brand and to be honest with you, it’s not solely about generating funds, we do it for marketing purposes too.

Surya Dhir: Kickstarter has proven to be a great means of connecting with your audience and customer base. It’s in-line with our mission statement as a company; our goals are altruistic in nature. We want to educate people and we’re all about fluid, fun, active learning play experiences. That’s why we went down this route, but it also enables us to keep up with previous backers.

And what can you tell us about the new game?
SD: It’s called Underwater Missions, it hits Kickstarter on July 6th and it’s going to be active for a month. It’s a strategic board game that aims to educate kids on marine biology through trivia flash cards. As you make your way across the board, you earn oxygen coins and along the way you meet different sea creature characters and learn facts about them. 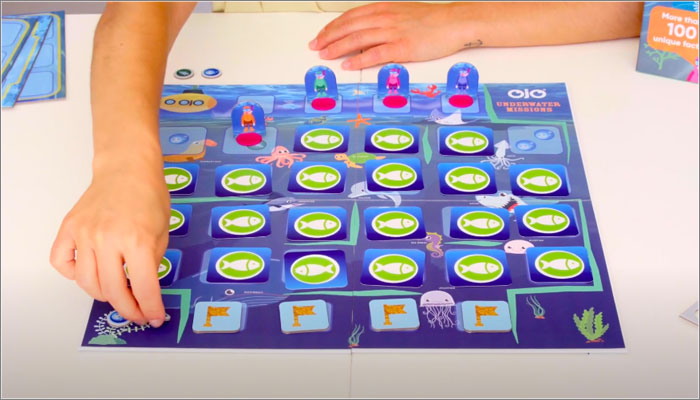 Delving into the design process behind your range, they don’t look like textbooks – they look fun! So how do you balance the educational elements that you want in there with the equally integral playful side of things?
PN: First of all, we choose a theme, like the underwater theme of the new game. We know we have to include a board, so we then create the board which is the foundation of our product. Once we have the board, we have to come up with a story. Each story has characters, challenges and we see them as adventures. We also look at competitors’ products to ensure what we’re doing is fresh.

But you’re right; our range doesn’t look ‘academic’. We want to avoid that; we want to provide something fresh and exciting. We invest a lot of our time in creating playful visuals and funny characters because we want kids to sympathise with our characters, including the blobfish – which is considered the ugliest creature in the sea!

We’re also aware of how much we can teach kids. Our target age is five to eight years old, so we’re obviously not try and teach them everything; our goal is to provide initial learning to get them curious and get them excited.

After a few months, depending on the complexity of the game, we come up with a prototype and test this with our close network of families and kids. We’ve had to be clever about how we do this during the pandemic, but in normal circumstances, we host events and workshops and invite families to try the prototypes and give us feedback on the games. That’s what start-ups have to do; be clever with your processes and utilise all your assets.

We wanted to create a lean innovation process where we keep receiving feedback so we can refine the prototype. After two or three rounds of testing, we finalise the product and then send it off to the manufacturer to start production. They send us a sample, which we test one more time, and then we start the final production. 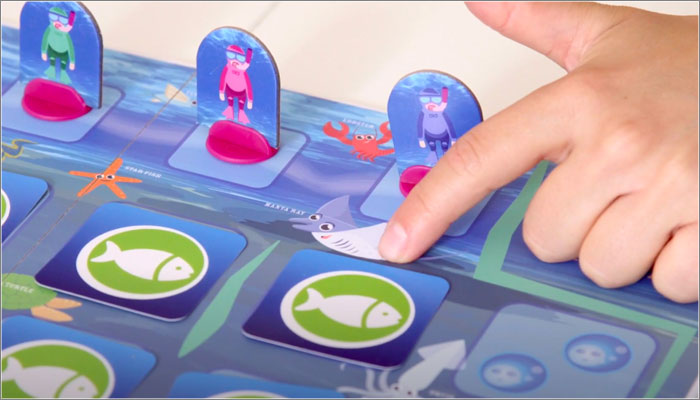 What’s your retail plans for the games, post-Kickstarter?
SD: We usually sell our games through our site and on Amazon, but for this game and a few others, we’ve partnered with OKIDO, the arts and science magazine for kids. We’ve also partnered with the NHS and BBC in the past, but for this game, we’re teaming up with Shore Buddies, a US company that sells plush sea creature toys. As part of this partnership, if you pledge a certain amount, you’ll get a plush toy as well as our game.

Petros, before I let you go, you mentioned earlier that you worked at LEGO a while back. Did that experience help shape your approach to design in any way?
PN: Yes, definitely. The main thing I learned from LEGO is that if you build on each other’s ideas, you come up with great concepts and create great product. LEGO really invests in this philosophy and it shows in their product offering. It’s something I’ve taken on board and incorporated in my work with the team at OjO from the very beginning. It’s helped shaped who we are and our product offering.

The team at OjO has a passion for education and a passion for having a positive impact on someone’s life at a young age. Our world is suffering; my approach to design is to reverse-engineer and look at what went wrong at the beginning. I want our products to have a great impact on the life of a child so that in 10 or 15 years time, we’ll have a much better society.

Thanks guys! And for anyone interested, the Kickstarter for Underwater Missions launches later this month, but you can pre-order the game here.