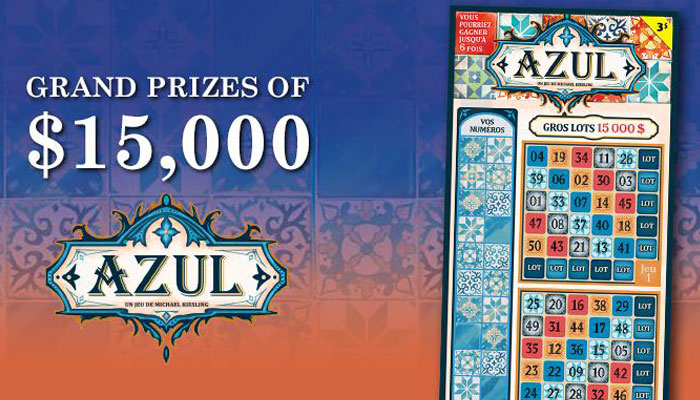 Plan B Games has teamed with Loto-Québec to launch a scratch card based on its award-winning board game, Azul.

The scratch card is inspired by the game in both its look, but also in the idea that players are looking to uncover all the numbers in a horizontal or vertical line to win prizes.

“The board game Azul – from Québec publisher Plan B Games – caught our attention as it’s been quite a hit in Québec and internationally, with more than two million copies sold and numerous awards won, including the prestigious Spiel des Jahres award,” Anne-Marie Voyer, Director of Products and Development at Loto-Québec, tells Brands Untapped.

“We’re always watching the entertainment market in all its forms in order to assess the possibility of entering into partnerships on themes that speak to Quebecers. It’s in this spirit that we’ve also launched scratch tickets with homegrown businesses, like our BBQ Québec ticket (with the company of the same name), YUM (inspired by a Québec dice game) and Oh! Gelato (with La Crémière).”