Play Creators Awards: Get your nominations in for Design Agency/Invention Studio of the Year 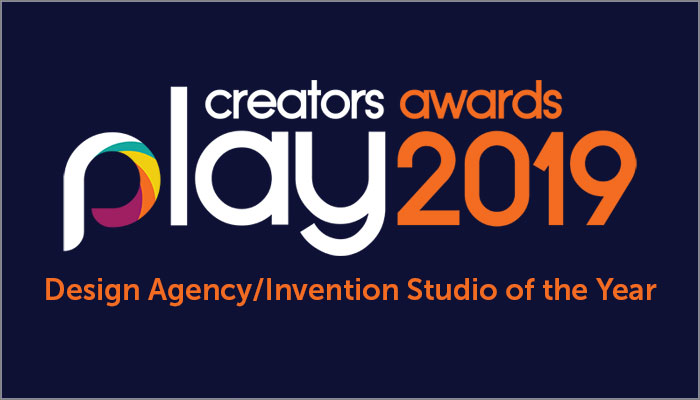 Nominations are now open for the Play Creators Awards.

Taking place on the evening of Monday, September 2nd 2019 at Under The Bridge (Stamford Bridge), the Play Creators Awards will celebrate figures in the toy and game design community that have excelled over the last 12 months.

We’re running a weekly spotlight on each of the categories, and this week, we’re looking at: Design Agency/Invention Studio of the Year

The secret weapon for many toy firms, design agencies and invention studios are the unsung heroes of our industry. This category celebrates a firm that deserves recognition for exceptional work over the last 12 months.

To nominate a studio or agency for this award, email info@mojo-nation.com with the name of the company, as well as your reasons for that nomination.

You have until May 1st 2019 to get your nominations in, and you can nominate yourself, or figures from within your own organisation.

For information on tickets to this year’s Play Creators Awards, head to: https://playcreatorsawards.com