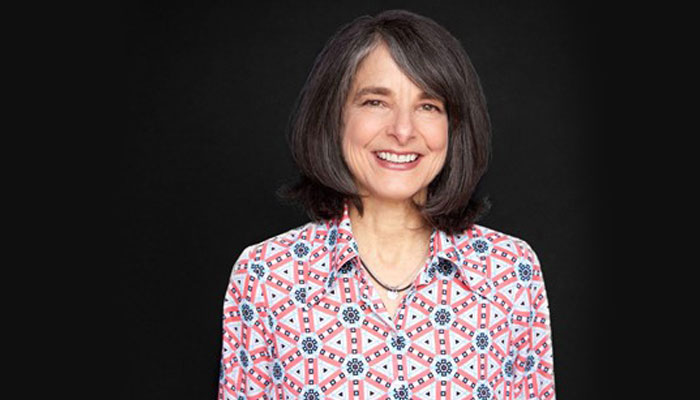 We caught up with Dianne to find out more how a career as an inventor looks set to shape her approach to inventor relations. 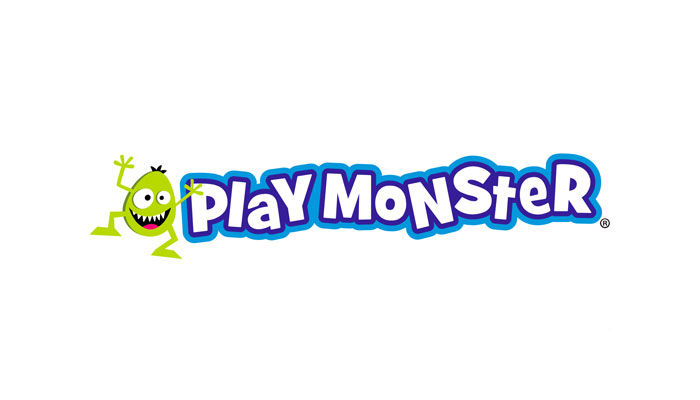 Dianne, it’s great to chat! Now, if we go back to the start of your career, was the toy industry always part of the plan or did it come out of left-field?
It was totally left-field! I studied Fine Arts and was totally ‘the dark artist’, but the day I graduated I made a determination to never make art again.

Oh really!
Absolutely, I was not in the right place. I was not part of the intellectual art conversation. I remember a month after graduating, I was walking down the street when I saw a Hallmark card in a store window. The character on that card really grabbed me. I had this realisation that I needed to do art that was utilitarian; art that was for other people.

The commercial world called me, and that was my segue into toys. I started drawing toys for Steve Rehkemper; that was my first job. Then I started to learn how to ideate and come up with concepts and became more of an industrial designer.

How smooth was your evolution from artist to designer?
It happened pretty fast. Although I started out primarily as an illustrator, I worked with industrial designers. They would say, “let’s try this” or “where could we take this idea?” which fostered my practice of ideation. It’s a practice you can hone. You can really train yourself to get into that zone; it’s something you can teach yourself.

You mentioned your next job was at Meyer/Glass Design, where you were an inventor for 16 years. Can you recall the first invention you licensed?
One of the first concepts that I got out there was Rain or Sun! Barbie. It was just an umbrella that rained! That was it! The water would go onto Barbie and that changed the colour of her raincoat a little bit… Or maybe that didn’t end up in the final product… Either way, that was one of the first concepts I licensed.

I found an old commercial for that! I’ll put that above so people can check out the umbrella in action! Having spent over a decade at Meyer/Glass Design, what would you say was your key takeaway about the world of inventing?
My big takeaway after all those years was that as an inventor, you can be the most creative person, but you have to understand the context of what you’re doing. That includes elements like the companies you’re pitching to, the holes in their portfolios, the social trends… If you don’t understand all of that, you have less chance of being successful.

Having said that, I know it’s sometimes the crazy ass idea that breaks through! But I think you have to have context to be successful.

I think that’s tremendous advice. I’m interested, during your inventing days, was there a sector you especially enjoyed inventing for, umbrellas aside?
Ha! I really loved to invent dolls, collectibles and activities, but as a company, Meyer/Glass Design really succeeded with games, like Loopz.

So what took you away from inventing?
Well, Meyer/Glass closed its doors and I went out on my own as a developer and an inventor. What I found very quickly – and I knew this at Meyer/Glass but I was protected by a salary – is that you sell one out of 100 things. It’s very hard.

I was on my own for eight years. When I started, I was an inventor/developer, but I quickly became solely a developer. It’s the curse of being able to draw! I developed lots for Spin Master and Hasbro, and it was all work-for-hire because it brought the money in. During that time, I would also do stints at Hasbro where I’d step in as a Director for three-months at a time covering a maternity leave.

Then Gretchen Forrest, who was then VP of Girls Brands at Hasbro, called and offered me a Director position, which was amazing.

How did you find life on the other side of the fence, from inventing to in-house?
I thought I was going to lose it! Have you ever worked at a corporation the size of somewhere like Hasbro?

I haven’t!
The adrenaline, the speed, the excitement; it’s incredible – but I don’t know how people do it for like 30 years. It’s super exciting and super stressful, but amazing. I learned so much. I got to taste the power of corporate culture for good, and the stress of corporate culture.

Something else that became very clear to me there was that leadership matters. While I was there, Brian Goldner was there. He was quite amazing. He was like the best NFL football coach – you wanted to be on his team.

Amazing. From Hasbro, you joined Creata as Creative Director. There, you worked on Happy Meal toys for McDonald’s. Was that a radical gear shift in design-thinking from your previous experiences?
Yes! It’s all about problem-solving. You have a few cents to make a toy with the strictest safety regulations – and you have to do it very, very quickly. My joke at Creata was ‘Be careful what you draw, they’re gonna make 150 million of them.’ It’s kind of not a joke!

I also loved the idea that McDonald’s is the biggest distributor of toys in the world, with about 1.5 billion toys a year. Research shows that for many kids, they’re the only toys they have. There’s the plastic issue, right? My goal was to make toys that were re-useable; not throwaway toys. I think if you make a toy good enough, it’s not throwaway. That was an interesting problem to solve.

Let’s talk about your most recent exciting move! You’re now the Director of Inventor Relations at PlayMonster. What appealed about joining the company?
The first thing was Gary Aigner, PlayMonster’s Chief Design Officer. He’s been such a friend and he’s always reached out, saying he wants to work together. Then there’s the other leaders there, like Tim Kilpin. He’s beloved! It goes back to what I was saying earlier – leaders matter.

The other thing was that I had a great realisation. I read the book Start With Why because I was trying to do an exercise with Creata to help them find their ‘why’ – but I actually found my own…

More than being creative, more than creating toys, my own ‘why’ was to connect people with the best in themselves and each other. Looking at an invention and rising that up to the right people is exciting to me! So that’s why this new role was attractive to me at this stage of my career. 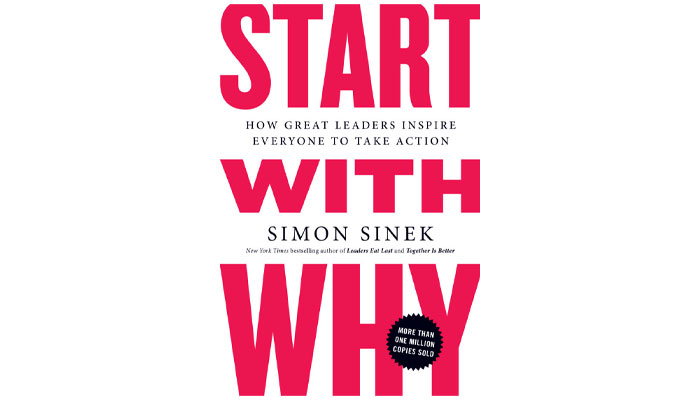 Having been an inventor yourself, what are some of your key pitching tips?
It’s about practice. I would practice to the point where it seems like I hadn’t practiced. You should practice and be excited. And be confident!

And on the flip side, are there any common mistakes you think new inventors are susceptible to?
Falling in love with your idea and finding it hard to take input as a result, especially if you just have the one idea. A good thing to say to a first-time inventor might be: “This is a great beginning; give me 10 versions of this.” I think that process would result in better concepts.

Speaking of new inventors, are you interested in seeing ideas from young inventors? Design graduates, maybe?
Absolutely. Everybody has their competitive advantage. I saw people come into Meyer/Glass Design straight from college that came up with things we sold within three weeks of them starting. Young inventors have the competitive advantage of youth – they’re different humans than we are. They’re living the trends.

Great stuff. Dianne, this has been fun. I have one last question: How do you fuel your creativity?
I meditate. When I meditate, things way down in the lizard brain pop to the top.

The other thing I do is go to coffee shops. To be in a coffee shop, with white noise and people around me… It works so well. During those eight years as a solo developer when I did development for Spin Master, in a couple of hours I could come up with 30 or 40 ideas. It was all down to the coffee shop!

And is there one coffee shop in particular that does the trick?
There is! It’s called Colectivo Coffee. It’s a little coffee shop that started in Wisconsin and is now in Chicago. It’s just off the radar enough that it’s not everyone’s favourite, if you know what I mean? It’s kinda crunchie! 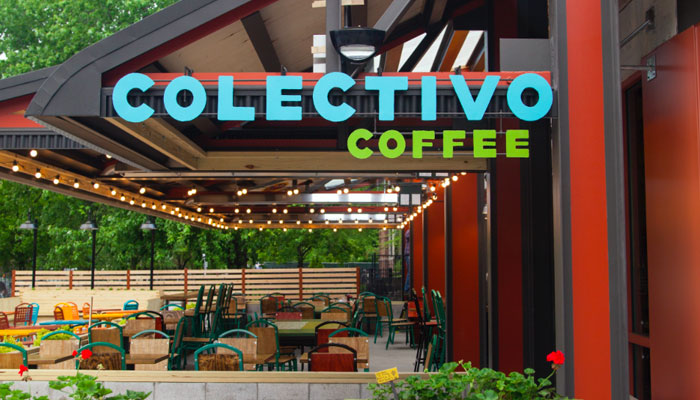 Ha! I was just about to say that’s a lovely plug but then it took a turn! Either way, it might be full of toy inventors from now on!
I’ll have to elbow my way in! Fight for the last Impossible Burrito!

Ha! Dianne, this has been a joy! I’m already looking forward to catching up again soon.