Resident Evil 2: The Board Game passes £300k mark on Kickstarter 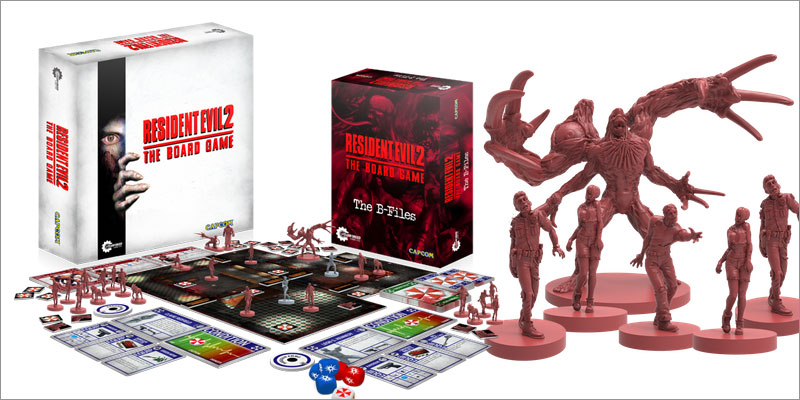 Steamforged Games’ Resident Evil 2: The Board Game is soaring on Kickstarter.

Having reached its goal of £150,000 within an hour of being live on the crowdfunding site, the game is now nearing the £350k mark with 26 days of the project still to go.

Costing £70, Resident Evil 2: The Board Game is a co-operative survival horror game for one to four players that has been ‘designed specifically for the Resident Evil universe from the ground up’.

Players choose from a number of familiar characters before venturing into the zombie-infested streets and buildings of Raccoon City to find clues, equipment, and weapons that are critical to staying alive.

Steamforged has a history with mammoth Kickstarter campaigns as its Dark Souls: The Board Game is currently the third biggest games project of all time on the platform, raising £3.7m from over 30,000 backers.

Kicktraq is predicting that the Resident Evil 2 campaign will just fall short of the Dark Souls total, instead hitting a-still-very-impressive £3.3m by the end of the project.

Check out Steamforged Games’ Resident Evil 2: The Board Game on Kickstarter here.