Resonym’s Mary Flanagan on the origins of her new engine-building game, Mechanica 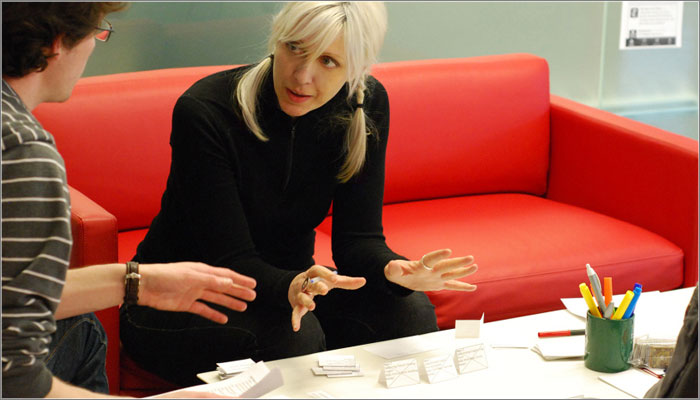 Resonym is a playful woman-led media company in New Hampshire bringing new voices to tabletop gaming and beyond.

Many of the games from Resonym have been researched at Tiltfactor, the interdisciplinary innovation studio dedicated to designing and studying games, founded by prolific game designer Dr. Mary Flanagan.

The latest game from Flanagan, and her co-designer Max Seidman, is Mechanica, an engine building game where players must buy factory improvements and fit them together like puzzle pieces to manufacture the best Tidybots.

With the game currently doing well on Kickstarter, we caught up with Flanagan to learn more about the origins of Mechanica, and how she got her start in the world of game design. 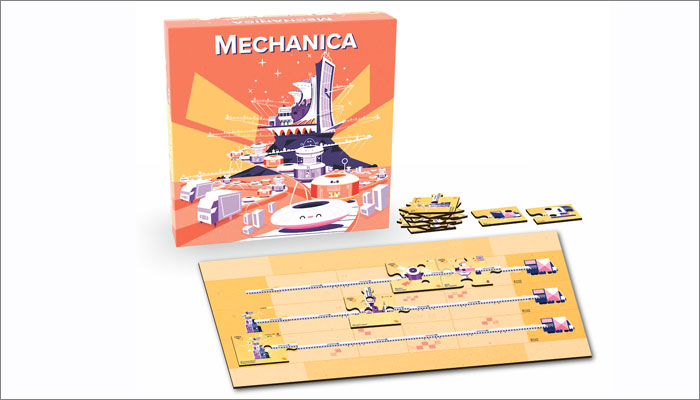 How did you get started in the world of board game design?
I grew up with lots of board games around the house, including Dark Tower, an electronic board game from the 1980s with awesome sound effects. My family played a lot of games, and my grandmother and great aunts were particularly great card players.

I was actually a long-time digital game designer before doing board games! I started game design in the 1990s, and I founded and still run a game design research lab that looks at the psych principles of games and their impact since 2003.

Around 2010 I was approached by a public health organization to do a game for immunization, and I made POX: Save the People with my collaborator Max Seidman. I’ve been hooked ever since!

Where did the idea for Mechanica come from?
Mechanica started off as an AI game where we were trying to tell the AI from a non-AI from player behaviour. The factory floor started there… eventually, that was scrapped/morphed into a tale in which humans are participating by unwittingly helping robots to have global domination. It’s a little bit of a provocation, set in a cute factory with lots of cool components that are physically fun to play with. 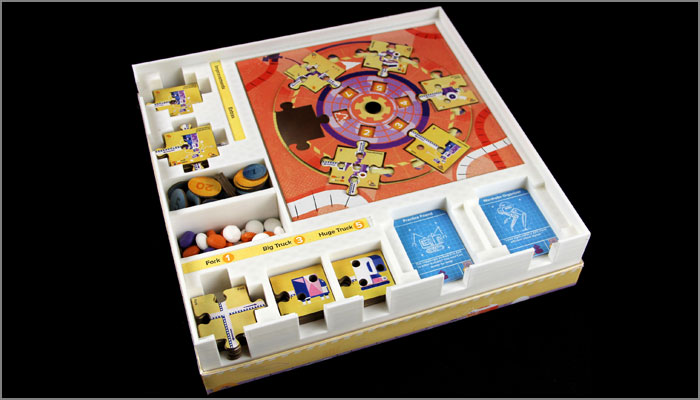 Why launch via Kickstarter?
Kickstarter allows us to connect with our community before launching, and, of course, raise funds for the first printing of the game to get the engine going, so to speak. It’s where we hear from our players internationally first. I love that about Kickstarter: hearing from players in Thailand, Australia, Germany, UK, France, Italy, Spain, Brazil, China… the list is long. Such a collection of players is rather hard to get from a local playtest!!

How does Mechanica fit in with the rest of Resoynm’s portfolio? Is there something that ties all of your games together?
Resonym.com has a party game line and a strategy game line, with the strategy games striving for accessibility so that hard-core gamers are pleased with the complexity and choice (ie the depth of play) but new gamers can quickly learn and pick up the game. It’s a sweet spot that’s actually pretty tough to find but it’s important for us as a company. And so far all of our games feature women artists and or designers, another feature of inclusivity that’s important for us.