The right (and wrong) ways to receive inventor pitches 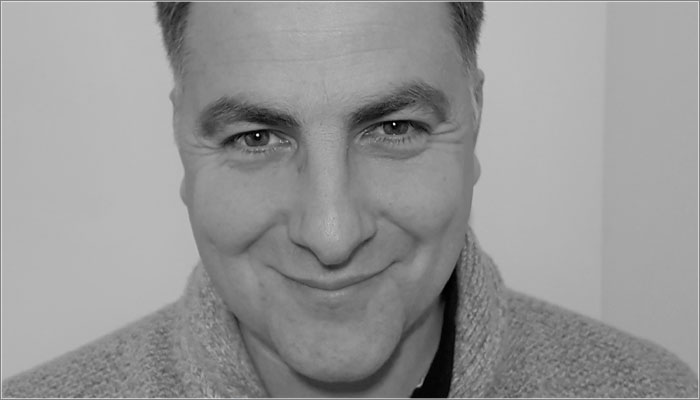 There is quite a lot of advice available for inventors on how to pitch to toy and game company executives. Either online via the Mojo Nation website and interviews, or via face to face conversations at the Mojo Pitch events and other opportunities to meet inventor liaison teams.

One area though where there is less advice is on how to receive and react to inventor pitches by toy and game company executives.

My position is probably slightly uncommon, in the sense that I have sat on both sides of the table in this. I’ve pitched concepts and also been pitched to hundreds of times both ways, and we’re still actively representing and pitching for a select few professional inventors; this tends to reinforce what I’ve seen over the years and what I’ve learnt from my own shortcomings.

One of my strong conclusions is that there is an effective way to receive concept pitches and to feedback. Not following an effective process can have negative implications.

Companies can see hundreds, or even thousands, of pitches before choosing just a handful of products to option, and even fewer to launch, so when you are on the toy and game company side looking at so many concepts, it’s easy to get:

A) Really bored and blasé

C) To make the mistake of thinking there is always another inventor and another concept to see, so why worry about the niceties of each pitch and each person.

When hit toys are worth so much in terms of revenue and brand equity, the risk of getting your approach to receiving pitches wrong is just too high not to do properly.

In my experience (having managed this really badly some of the time and really well slightly less frequently) there are some key points to remember when receiving pitches:

1. Establish genuine human relationships and interaction with the person as much as the concept.
The best in the game are working primarily, of course, to help their company find the best new concepts, but they are also trying to guide and help the person pitching. If you point someone in the right direction in terms of another company where a product fits best or how they could change the pitch or product to have more potential, that approach will come back to you over time in terms of goodwill and inventors will likely bring you their best stuff first.

In terms of career management, it is worth bearing in mind that things change and people move around – today’s inventor might be your boss in your next role. If there was one thing I would change about my own career in the toy and games business it is the arrogant know-it-all approach of my twenties which saw me irritate or alienate a handful of people who occasionally still harbour grudges to this day!

2. Be clear with feedback.
A clear yes, no or maybe is really valuable to the inventor, because then they know for sure and don’t waste effort and energy chasing up opportunities that don’t exist. A good concept acquisition exec will usually know whether something has any chance in general, and whether it has any chance with their company. To win trust, give clear and definitive feedback the 99 times out of 100 where it is obvious, whether the concept is of interest to you or not.

3. Be clear on your product selection process.
Some companies take forever to make a decision on products, while some make a decision almost immediately. Both of these approaches have pros and cons. A company who takes a long time either doesn’t have enough staff or is doing such a thorough job of researching and positioning the product for the market that the chances of success when it launches are better. A company which says yes instantly can fail to consider obvious factors and risk launch-failure as a result. Either way, make sure your inventor partners understand your process and be sure to explain if there is a delay or uncertainty over a product they pitched to you.

4. The inventor liaison process is more important after the product is selected and launches.
If you want people to bring back their best work in the future, then when you do license their products you need to keep them informed of how it is going. Bearing in mind inventors rely on your success for their own success, hearing nothing until a royalty statement turns up is really poor management of the relationship.

Sometimes the product will sell well, more often it will bomb and very occasionally it can become a bestselling evergreen product; either way, your company will need more high quality concepts in the future, so it’s an imperative that inventor liaison actually liaises with inventors about products which have or are about to launch. If you don’t, you will not get to see their next round of output, but your competitors will!

I ran into the inventor of a very successful board game at one of the trade shows a couple of years back. The company he had licensed the game to had achieved huge sales with the product, selling more than 3m units over a year or two. But when I met the inventor he was not happy; far from it. He was actually outraged, because the company had created two extensions to the game and launched them to the market without communicating that with him – he only found out when he read about the new brand extension products in the trade press. Clearly there is an argument to say that whether he was happy or not, he would still be laughing all the way to the bank with his big fat royalty payments, but the company’s poor approach to managing the relationship had alienated him. As far as I know he never took another concept to present to them, so that company had cut off the creative thought-power of someone who had delivered them a multi-million unit selling product – not clever!

In conclusion, it is often easy to see concept acquisition for toys and games as a one-way process; where one party holds all the power and occasionally thinks they can behave how they like with their creative partners and still get good results. The reality is that while the company gets to choose, so does the professional inventor.

If you sit down and have a really frank conversation with professional inventors in our industry, many do tend to have people and companies they won’t pitch to – that’s worth mulling over for any product acquisition exec, because in the end your success will depend on how many of those inventors come back to you next time to pitch again.

Steve Reece has worked in the toy and games industry for 20 years, he has played on both sides of the fence – he has both reviewed and bought toy and game concepts, as well as created and sold them. He now runs a consultancy to toy and game companies around the world: www.KidsBrandInsight.com