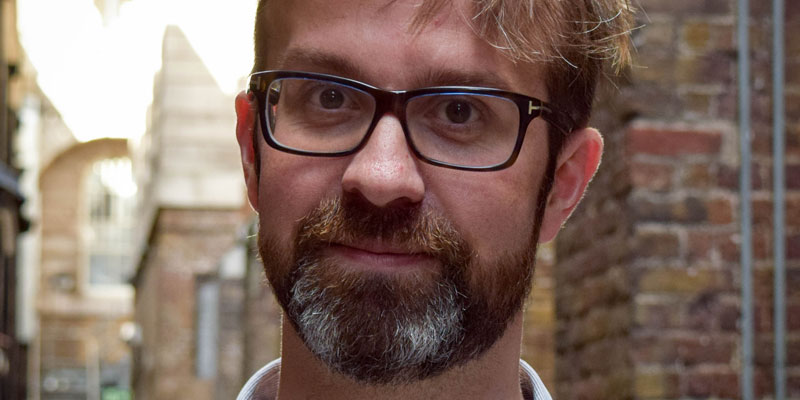 In February 2016, Beasts of Balance from London-based tech start-up Sensible Object hit Kickstarter. The game, a blend of tabletop dexterity and digital strategy, sees players take on the role of gods and goddesses, taking turns to add magical Artefacts (including an array of beasts) onto a balancing tower. Every time you successfully stack an Artefact, the connected digital world is altered, allowing users to build magical worlds and create fascinating new beasts.

The game raised over £165k on the crowdfunding platform and landed on UK shelves in November, where it was immediately met with a wave of critical acclaim: some deemed it the “perfect melding of a digital and physical game” while others called it “the next evolution of the toys-to-life gaming.”

As the firm returns to Kickstarter with its first expansion pack, Beasts of Balance Battles, we caught up with Sensible Object CEO Alex Fleetwood to discuss the origins of the game and how both the toy industry and the tech sector have responded to the product. 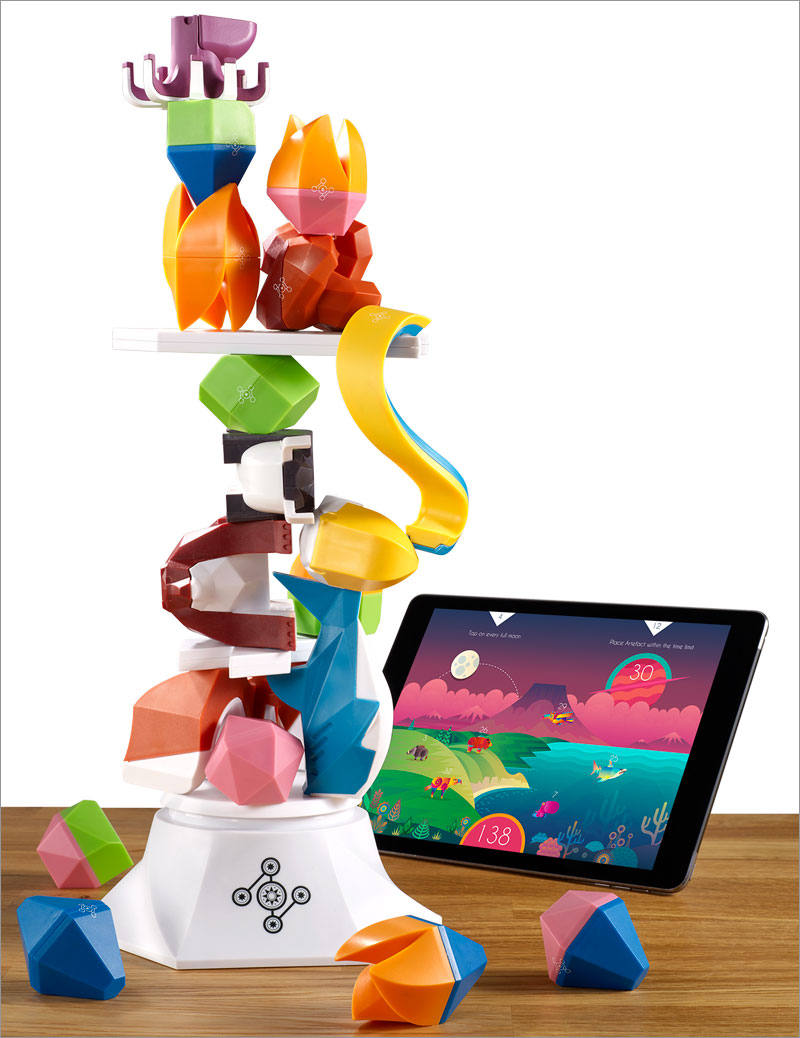 How did Sensible Object come together?
Before Sensible Object, I founded and ran a design studio called Hide&Seek. Hide&Seek made games and experiences for clients such as Tate Modern and PlayStation. I created a lot of hybrid physical/digital game projects and as the IoT revolution got going, saw an opportunity to take everything we’d been learning about and pack it down into tabletop form. It was around the time of the peak of Skylanders craze – and I thought that a lot more could be done to generate fun interactions between physical and digital.

Once back in London, I called up George, Tim and Lyall – who I’d worked with while making games at Hide&Seek. With the help of Play Sandbox, we started working on a prototype with the engineering department at Bath University. Chris began helping us with hardware, and rapidly became the fifth member of the team. We worked together on and off for about a year before we shipped our first Kickstarter campaign.

Why opt to launch via Kickstarter?
Kickstarter is just a brilliant platform. We had an incredible time with them in 2016. They introduced us to a global audience of enthusiasts who helped validate what we were trying to do, gave us invaluable feedback on the game and have formed the backbone of our burgeoning player community. And of course they helped fund our initial production run.

We’re excited to return to the platform – with a shipped game, great reviews and a load of cool new stuff to share, we think it’s going to be an exciting month.

Each of the beasts has a great, unique look to them. Can you talk us through some of the design decisions around the look of the creatures in the game?
Tim leads on product design. The challenge was to come up with something that was super-collectable and also really fun to stack. We ran through dozens of 3D printed prototypes before settling on the final forms.

How have you found the experience of straddling the line between physical toy and digital play experience?
The most exciting thing is the reaction from players and families. We’re really solving a problem in homes – kids want to play games on mobile devices, but unlimited screen time is off the table. The game manages to be inclusive – we see boys, girls, parents, grandparents all playing the game and really enjoying it.

Augmenting a physical social play experience with video game design gets people very excited, and we’re seeing that in the data we get back from the app – over 17 play sessions on average per household. 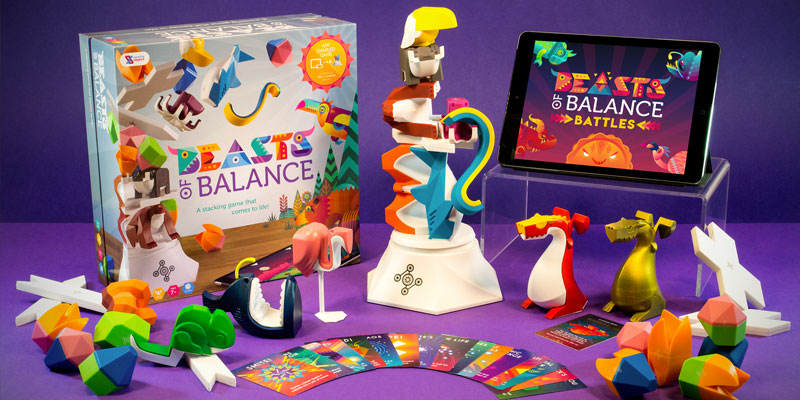 How has the response to Beasts of Balance differed between the toy industry and the tech sector?
I think that everyone’s curious about what we’re doing and supportive; they want to see us succeed. Naturally, the questions you get asked are very different! Tech people understand the analytics and digital product side of what we do – toy people are interested in BOM, retail and distribution and how we’re doing with all of that.

The challenge for us is succeeding on both of those fronts! Look out for announcements on our next project which we think are a new leap forward for mass-market connected games.

Do you think the world of toys and games is in a good place, creativity-wise?
Yes and no. I have a lot of respect for the creative work of companies in the sector, from Hasbro to Big Potato, but I think that in this new field of augmented reality/ connected play/whatever you want to call it, we’re barely scratching the surface of what’s possible. I would love to see more ambition and imagination, especially from the bigger companies.