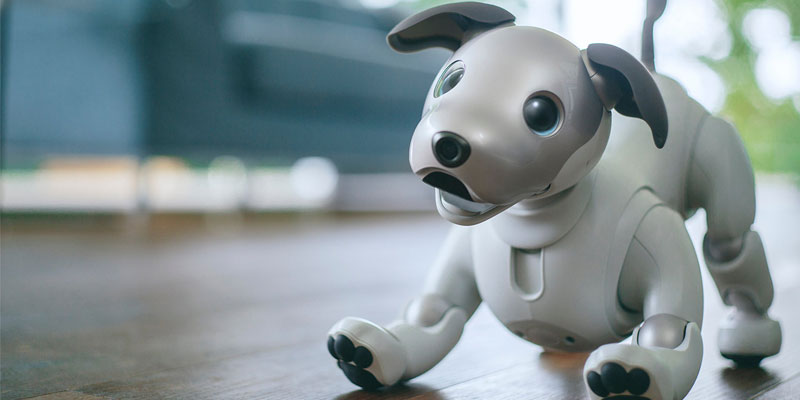 Sony has unveiled its brand new revamped version of Aibo, the four legged robot which made waves back in 1999 as ‘the first robot designed for home entertainment purposes’.

The new Aibo has been totally revamped, infused with AI technology and is set to develop its own unique personality through everyday interactions as it grows closer and closer to its owners.

Thanks to a raft of inbuilt sensors that can detect images and sounds, Aibo will recognise and actively seek out its owners, and can detect words of praise, smiles, head and back scratches, petting, and more.

Aibo also comes with fish-eye cameras that utilise simultaneous location and mapping technology, meaning as Aibo becomes more aware of its environment, it will learn to walk around an increasingly wider area and respond to situations accordingly.

“It was a difficult decision to stop the project in 2006, but we continued development in AI and robotics,” said Sony’s chief executive Kazuo Hirai.

“I asked our engineers a year and a half ago to develop Aibo because I strongly believe robots capable of building loving relationships with people will help to realise Sony’s mission to inspire.”

Sony’s AI technology will also allow Aibo to interface with the cloud and, with its owners’ permission, Aibo can collect data from these interactions, then connect to the cloud and access the knowledge accumulated from interactions between different owners. This will ultimately enable an owner’s Aibo to become more sophisticated over time.