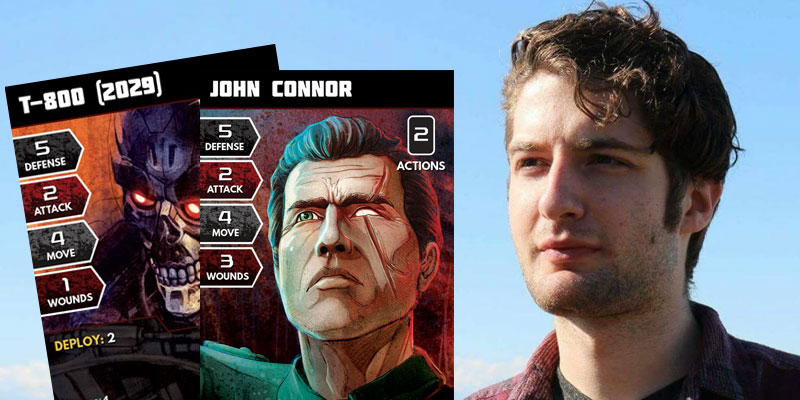 Since launching in 2006, Space Goat Productions has been one of the comic book industry’s leading providers of art and creative services, with clients including Marvel, DC, Nike, Microsoft, Universal Studios, Riot Games and Blizzard Entertainment.

Last year saw the firm enter the world of board game design via Kickstarter with Evil Dead 2: The Official Board Game. The game raised $722,622 from an initial goal of $70,000, and before you could say ‘groovy’, Space Goat revealed it had developed a second board game, this time based on the 1984 classic, The Terminator (the firm has also acquired the rights to create a game based on the cult 1981 horror movie, The Howling).

The Terminator: The Official Board Game landed on Kickstarter back in February, raising $220,456 from a goal of $120,000 thanks to 2,126 backers and much like the company’s Evil Dead 2 title, this wasn’t just a branded re-skin of a classic game. Played across two boards (one set in 1984 and one set in 2029), one player takes control of all of Skynet’s forces while the rest of the players take the role of the human resistance, with each board boasting different gameplay styles.

We caught up with Taylor Smith, creative director at Space Goat and the designer of both the Evil Dead 2 and The Terminator games to discuss using Kickstarter, balancing fan service with great gameplay and the other movies he’d love to develop games for.

First off, could you tell us a little about your history in the game design space? How did you become a game designer?
It felt like I discovered I was a game designer. I’ve always been making games, puzzles and stories, and putting my siblings and friends through their paces. Tabletop and live-action role-play games, which I got big into about a decade ago, introduced a whole new canvas to experiment with. A couple of years of self-publishing RPGs and games online, I found myself with the opportunity to design the Evil Dead 2 game and Terminator after that. 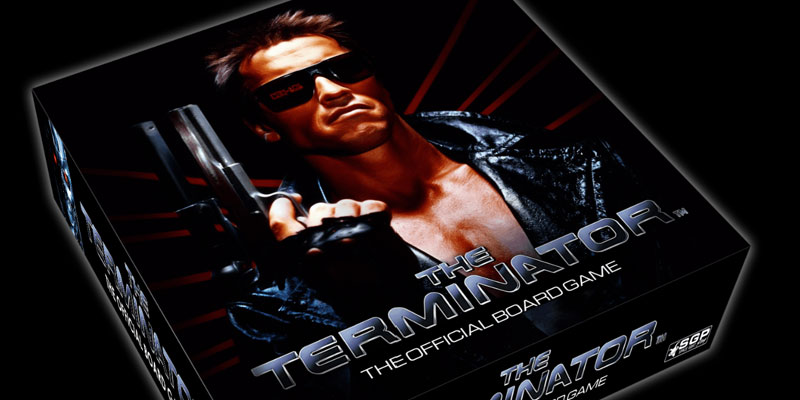 What is it about The Terminator that lends itself so well to a board game adaptation?
Terminator is an action move – a massive chase sequence – at its heart, built out with some awesome sci-fi lore. It lends itself really well to dynamic play because of that and, because that universe is so built out, the tactics naturally populate with rad robots and killer designs.

Can you talk us through some of the key design choices behind the game? The dual game board is a brilliant concept – how did this decision come about?
The dual board concept was the first thing I came up with. We’d been talking with the licensor off and on about Terminator – it’s a property we all dig and thought would be a good fit for the company – and, to me, the time travel aspect was the key ingredient to make this a unique and exciting game.

I re-watched the movie a couple of times and that idea of the paradox, the causality, was so great and the time loop in the plot was so perfect, I knew that both settings needed to be represented in a stressful, dynamic and connected way. I wanted each side to play differently, so it made sense to have 2029 be a tactical war game and 1984 to be a personal chase around the city. From there, it was just a matter of fleshing out an endoskeleton.

What is your relationship like to the movie? Does being a fan of a particular film add any pressure when developing its official board game?
My relationship with the movie is pretty healthy; we communicate well and make sure to keep the spark alive. Sorry, sorry. I grew up having seen it a couple of times, but also being aware of The Terminator as this ubiquitous cultural thing that existed.

I’m too young to have seen the release, but it permeated all the media I grew up watching. Approaching the film with fresh eyes let me explore the theme without getting caught up in the details; fortunately we were working with Mike, the awesome guy behind TheTerminatorFans.com, to help us keep all those details straight.

Why opt to use Kickstarter for The Terminator: The Official Board Game?
The runaway success of Evil Dead 2 on Kickstarter allowed us to build a game far beyond what we would’ve been able to do otherwise. When it came to Terminator, we knew we needed to open it up to the fans and let them influence its development. The community on Kickstarter continues to be supportive and frequently hilarious, which lifts a project like this higher than otherwise possible. 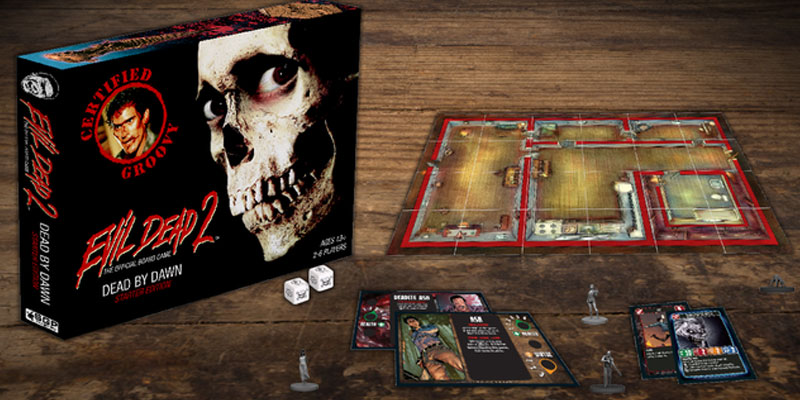 You also designed the Evil Dead 2 board game, and we’re seeing more and more sophisticated games come out based on movies, TV shows and video games. Do you feel we’re entering into a golden age of licensed board games, with more titles being authentic adaptations than just branded re-skins of classic games?
I’d like to think so. Board games in general have been growing more and more in the mainstream, which has led to a fantastic amount of innovation and discussion and sharing of new ideas.

To me, designing a licensed game needs to satisfy both fans of the property who haven’t played a board game since Monopoly and board game fans with shelves full of all their obscure favourites. We need both fan service and solid mechanics and, especially with Kickstarter, there are more ways to interact with those communities and have a lot of fun with the process.

Are there any other movies out there that you’d love to design a game for?
That list is so, so long. I have pitches upon pitches for every property that would even be remotely available to me to develop for. Here are a few that’d be a lot of fun, from the top of my head: Time Bandits, Jurassic Park, an original Studio Ghibli game like they did with Ni no Kuni, and, I’ll be honest, I have a Guardians of the Galaxy-based RPG campaign totally planned. 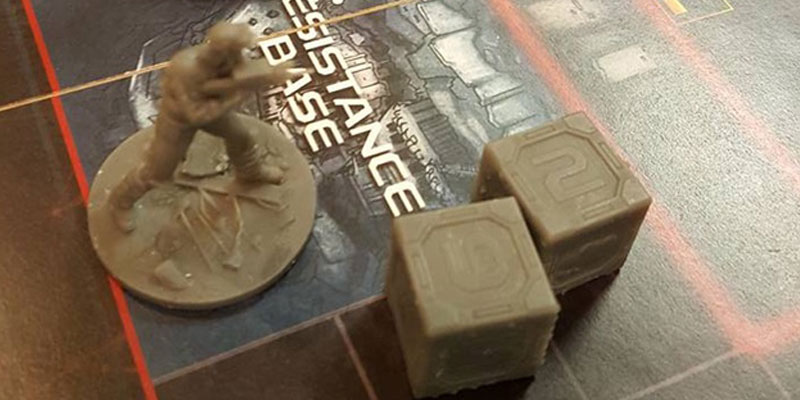 Are you a tabletop gaming fan and if so, what are some of favourite titles and which games, if any, inspired elements of The Terminator: The Official Board Game?
I am a tabletop gaming fan, but unlike Evil Dead 2, I have far fewer games I can directly point to as inspiration.

Treating the two boards separately, the 2029 side is inspired by the idea of war games – and I say ‘idea of’ because I’m not very deep in the wargaming community. I wanted to keep 1984 simple, so I just distilled the core mechanics I know work, like objective-based goals, location-based movement, limited involvement of chance, and choice-based tactics, and put the focus on the theme from there. In that way, it should feel familiar and accessible to most board game fans without being too much like any one other game.