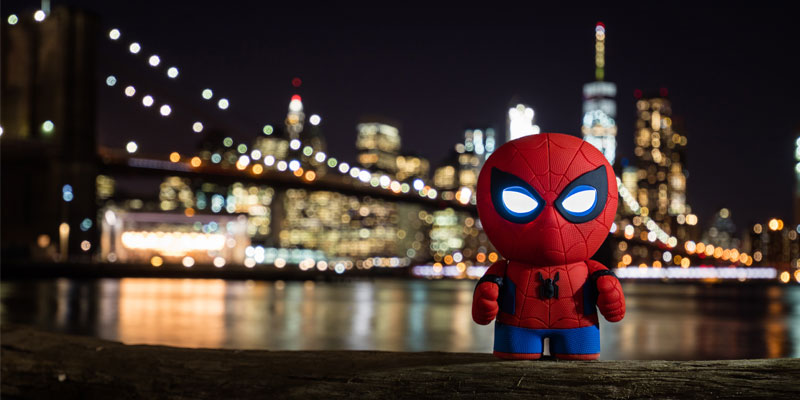 Sphero has launched its latest collaboration with Disney in the form of a voice interactive Spider-Man toy.

He can react to people passing by using his Spider-Sense (or a built-in IR sensor), act as an alarm or a room guard and kids can ask him questions and present commands that he’ll respond to.

Kids can take part in 25 super villain missions with the stationary toy or play one of 15 games, while the web-slinger also has 100 jokes and 20 stories in his locker.

Users can also create a super hero identity and keep tabs on their accomplishments as Sphero adds new updates and content to the app-enabled toy over time.

Sphero’s Spider-Man costs £149.99 and you can check him out in action below: