Posted on 23rd May 2017 By Billy Langsworthy 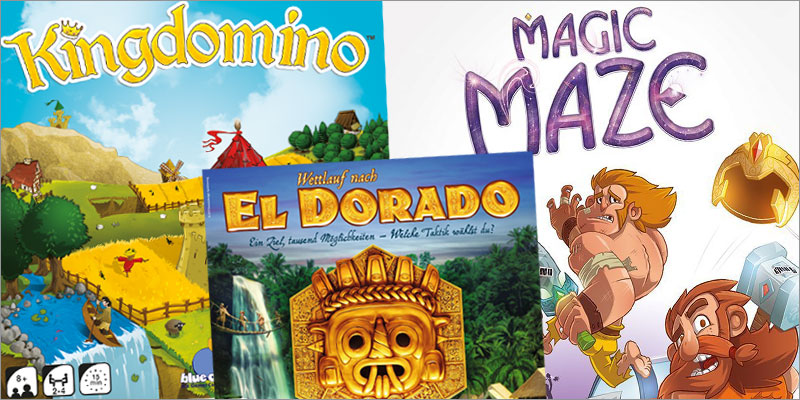 The games in the running for this year’s Spiel de Jahres awards have been revealed.

Spiel des Jahres is known as the industry’s most prestigious award for board and card games and is awarded annually by a jury of Germany game critics. 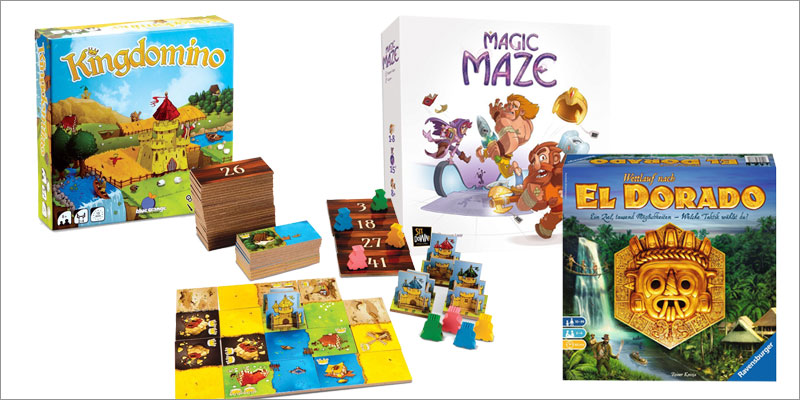 Spiel des Jahres 2017
Kingdomino (Bruno Cathala) – Kingdomino, the Kingdom building dominoes game, sees players step into the shoes of a lord seeking new lands to expand their Kingdom. The more matching terrain you have, the more points you score, and those with houses earn you even more.
Magic Maze (Kaspar Lapp) – Magic Maze is a real-time co-op game where gamers play a a team of magical characters who are forced to rob the local Magic Maze shopping mall for all the equipment necessary for their next adventure.
Race to El Dorado (Reiner Knizia) –  A blend between deck building and a racing game, Race to El Dorado sees players make their way through jungle and bending rivers to become the first goldsmith. 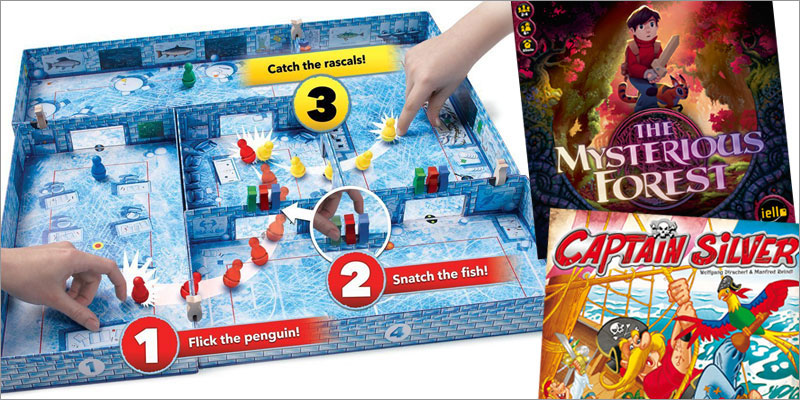 Kinderspiel des Jahres 2017
Captain Silver (Wolfgang Dirscheryl & Manfred Reindl) – Captain Silver sees players strive to grab the right pirate object out of their pirate bag, with only the quickest and most skillful pirate winning Captain Silver’s treasure challenge.
Ice Cool (Brian Gomez) – Ice Cool is a flicking game in which each round one of the players takes the role of the Hall Monitor (also called “the Catcher”) – whose aim will be to catch each other penguin and get points for that. The others (also known as “Runners”) will try to run through several doors, thus gaining fish (that give them points) on their way.
The Mysterious Forest (Carlo A. Rossi) – This game, inspired by The Wormworld Saga, sees players help Jonas cross the Mysterious Forest and face the Queen of the Draconias. During the scouting phase, players look at each of the eight forest cards in play and try to memorise the equipment they need to cross the forest. Then they prepare Jonas’ backpack by rolling the dice and trying to get the right pieces of equipment. Once ready, the players start the expedition by turning the first forest card face up and discarding the required equipment from the backpack. If they can reach the final card and choose the right equipment before they reveal it, they win the game. 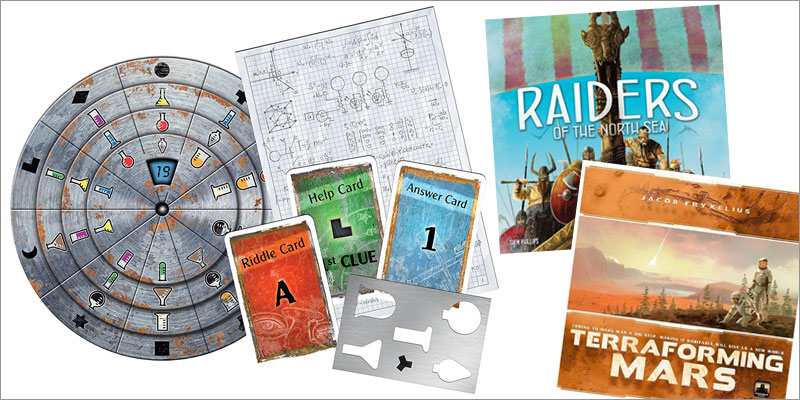 Kennerspiel des Jahres 2017
Exit: The Game (Inka Brand & Markus Brand) – The series of Exit games brings players their very own Escape Room experience. Players solve one puzzle at a time to finally master the final puzzle. The faster the team is, the better the rating.
Raiders of the North Sea (Shem Phillips) – Raiders of the North Sea is set in the central years of the Viking Age. As Viking warriors, players seek to impress the Chieftain by raiding unsuspecting settlements. Players will need to assemble a crew, collect provisions and journey north to plunder gold, iron and livestock.
Terraforming Mars (Jacob Fryxelius) – In the 2400s, mankind begins to terraform the planet Mars. Giant corporations begin huge projects to raise the temperature, the oxygen level and the ocean coverage until the environment is habitable. You play one of those corporations and work together in the terraforming process, but compete in doing the best work.