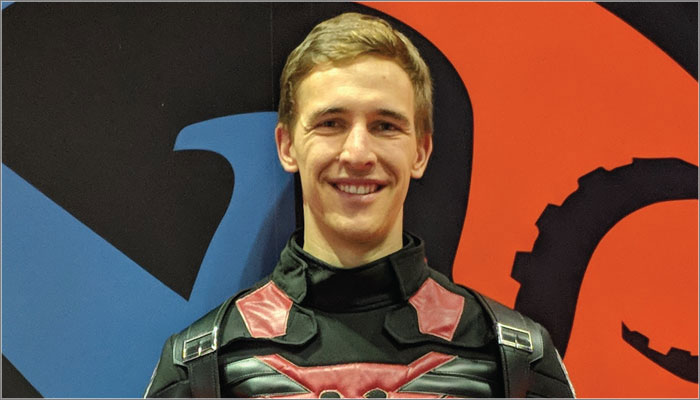 The game sees players step into the shoes of one of the five tribes of Wakanda, each battling to take on the mantle of Black Panther. Ahead of the game’s launch next month at Gen Con, we caught up with Metzler to learn more about what went into bringing the much loved Marvel IP to the tabletop space. 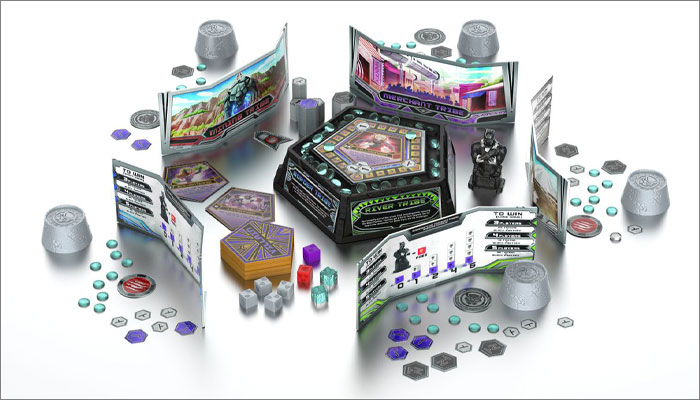 Where did the idea for Wakanda Forever come from?
We, the Spin Master games team, wanted to capture the experience of becoming the Black Panther. If you’re buying a Black Panther game, you expect to play as the Black Panther and have the feeling of power and responsibility as King. Trouble is, there can only be one Black Panther at any given time.

Since everyone wants to play as him/her, we had two options: to make it a cooperative game where everyone was Black Panther, or to make it competitive where the throne changed hands enough during the game to make it seem like everyone had a shot at the throne. I settled on competitive play because I wanted each individual to get the feeling of becoming the King.

The rest of the storyline fell into place as a result- each player became a tribe, all the tribes were working to defend Wakanda against villains, and each tribe would get victory points by dealing damage to the villains.

The strategic choices came in the form of Vibranium- should you use it mainly to attack the villain and earn points, or should you save it to try and take the throne for yourself! To balance the game, I gave the Black Panther all sorts of special powers, which worked nicely with the brand. 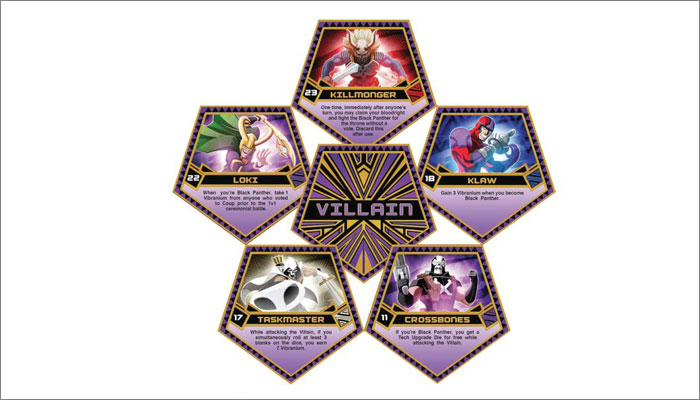 How did you go about deciding what parts of the world of Black Panther to bring to the game?
I focused first on the emotion I wanted players to have and picked a moment that I wanted someone to experience in the game: Winning a one vs. one ceremonial battle, yelling ‘Wakanda Forever’ and taking the throne, ready to lead the fight. Once I knew that the game should incentivise that play pattern, I developed the rest of the storyline and worked with the brand to pick the right game mechanics.

Through iterative testing we as a games team brainstormed different ways to bring Wakanda to life, and settled on creating a monumental centerpiece where all the Vibranium could live: The Great Mound. We also wanted a collectible figure in the game, and it lent itself nicely to having a Black Panther bust with the play pattern I had developed. 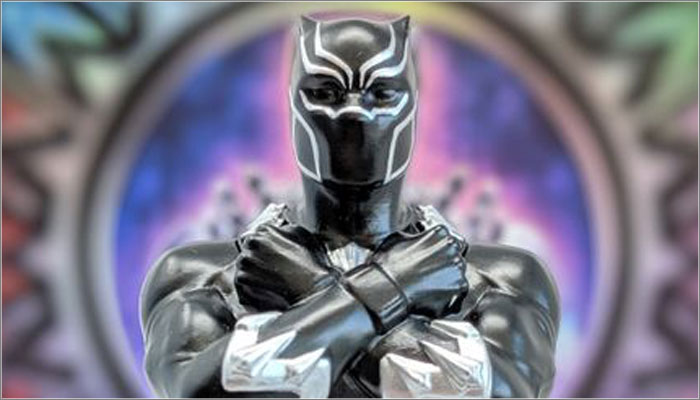 How close was the first concept for Wakanda Forever to what’s launching at Gen Con in its finished form?
It’s not very common for the first concept of a game to make it through the gauntlet into market. Normally it gets adapted pretty heavily depending on materials, playtesting, and the like. But Wakanda Forever was a bit different since it was driven primarily by a story. The story needed to go a certain way and the game mechanics we used to convey that story were optimised for it.

Of course there were small changes here and there, like adding cups and hidden information into the game, but for the most part, the game was quite streamlined.

The largest and most influential design decision was to make The Great Mound centerpiece out of plastic and give it the ability to hold not only all the Vibranium, but also the majority of the game components so it could double as a vac tray. That was true brilliance from our design director Mike Bisogno. 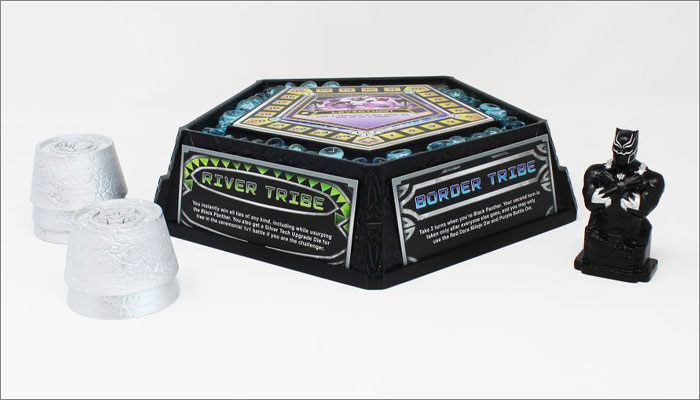 The packaging actually had a lot more volatility. We experimented with several designs from watercolour to thermal reveal ink. We wanted to capture something truly special, while evoking a modern look but keeping a tribal art style. It needed to stand out on shelf and provide that wow factor.

In addition, we needed the Black Panther front and centre. We eventually settled on a full holographic front with an eye-catching rainbow burst of a watercolour metal look. The box really sells this game – shoutout to Geizi Guevara for his package design brilliance. He’s been inspirational to work with and instrumental in the design of Hail Hydra and our other new game, Zodiac Clash, which features a full clear front of box, turning the entire product into the on-shelf statement. 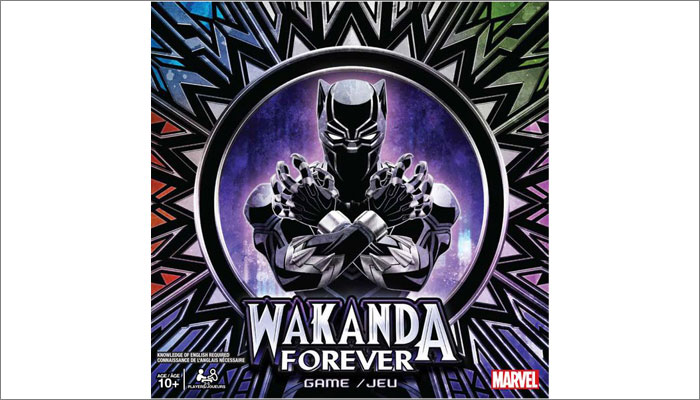 You’ve tackled Marvel before with Hail Hydra. What is it about that world that lends itself so well to games?
Games are a medium, a way of experiencing a story that you socially tell with the group you’re with. Marvel is an incredible brand to work with because many people already have a concept of the story that exists. So when you gather a group of people, they already have expectations of the story they’re going to experience. They can embody the characters or schemas that they’ve seen in comics and movies, engaging their emotions and imaginations.

As a game designer, all we need to do is deliver on that expectation by creating a game system that allows them to feel the main climax points of those stories. It’s on me to ensure that each player’s optimal strategies drive toward that climactic moment while providing enough meaningful choices and replay-ability so the game doesn’t grow stale after a couple plays.

I wanted this game to be simple enough for families to pick up, while giving it enough depth for those same families to discover new strategies years down the line. Marvel is an incredible brand for that, due to the depth and broadness of their universe.