Posted on 13th May 2019 By Billy Langsworthy 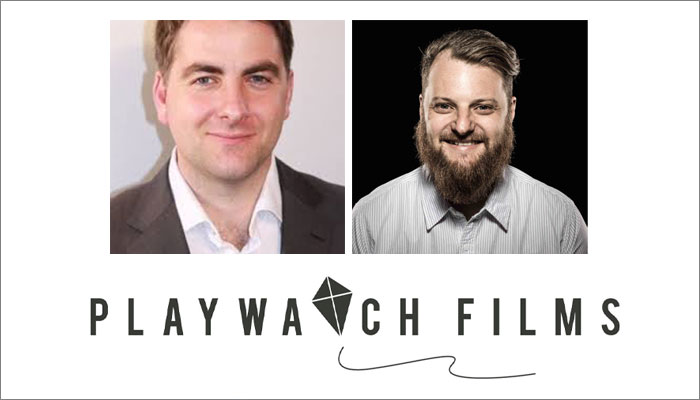 Steve Reece and Matt Knott both began their toy industry careers at Hasbro; Reece in the market research department and Knott as a producer.

Since then, Reece has gone on to run Kids Brand Insights, a leading consultancy firm in the toy and game space, while Knott now runs Matt Knott Interactive, a design agency specialising in interactive play.

The two have now joined forces to launch Playwatch Films, a new content creation company working exclusively in the toy and game space.

We caught up with both Reece and Knott to learn more about the new venture, and why toy firms need to embrace some of the new techniques offered by Playwatch, rather than clinging solely to the TV commercial model.

Can you talk us through your respective histories in the world of toys and games?
Steve Reece: I entered the world of toys via Hasbro’s market research department near the end of the Nineties. Then I moved onto brand management and commercial roles. During this time I managed the spend of multi-millions of pounds on video content, which taught me a lot (the hard way!) about what makes for compelling content for consumers.

I started running my own toy business consultancy in 2011. This has kept me very busy looking at multiple aspects of the toy and game industries. The most exciting aspect has been, of course, content production, especially at this time when toy companies need to get a handle on how to create cost-effective content which helps them a) entertain the consumer and b) sell toys!

Matt Knott: I joined Hasbro in 2006 as a producer, working out of the then ‘Zoodio’ design and development team. I got to work alongside some brilliant people, names I’m sure everyone in the industry would recognise.

After the global financial crash, I was a casualty of some redundancies made late 2008/early 2009. It was only in 2015 when I met a budding designer that I decided I’d been out of the industry long enough. Ingenium Games was formed and we Kickstarted our first game, Wordstacker. We went through the entire process, design, development, manufacture, logistics, distribution, licensing. You name it we did it. I continue to work with Ingenium, and work with big brands, producing content that connects with audiences and consumers through Playwatch.

Talk us through Playwatch and what it offers companies.
Having combined career production spend of well over £10m, deep knowledge of the toy industry and the toy consumer, Playwatch focuses on compelling and connected content.

We have sat where the client sits and we have been in-house producers or brand managers, so we know the pressures retailers and senior management bring. We also know – from having conducted or observed in excess of 1200 focus groups with kids on toys – what kids respond to and what misses the mark.

We love working with other production companies too. We’re not interested in producing corporate films or commercials for anyone, although we’ve been approached; Playwatch only works with toy and game companies. We know where our insights and talents lie and its in toys and games.

Why the toy space is in need of something like this?
MN: The audience has changed. We’re not here to denigrate what anyone else is doing either; there are so many talented individuals and companies out there who can bang out well-produced content. But we’re seeing consumers and audiences accessing content in exciting new ways and toy and game companies need to proactively engage to reach these consumers.

Long-form, short-form, unboxing, influencers, analytics, the list goes on; there are more variables than was ever involved in TV commercials and the scope to capture the imagination of the consumer has exponentially grown. It’s the most exciting amazing time to be involved in the business.

SR: I once inherited a TVC from a production agency which cost £110k to produce, and it frankly looked great, but the message completely missed the mark, so instead of doubling sales, it halved them! I then commissioned a reshoot to make sure we hit the target, which we duly smashed! Having toy and game people involved is absolutely vital to deliver the right message and this is why we formed Playwatch.

Can you tell us a bit about what each of you bring to the table with this new initiative, and why toy firms should be heading your way above any other content production firm?
Playwatch delivers effective online YouTube (and other) content to drive sales for toy companies. We’re not looking to win awards – the only awards we want to see are top-selling toy awards on products we work on and with.

Toy companies looking for a new approach are perfect partners, embracing these new techniques versus the old fading TV commercial model. We work well with product originators too, we can help them provide powerful product and marketing solutions for any potential distributors.