The Bedlam Cube’s inventor, Bruce Bedlam, on staying creative – and why questions are key 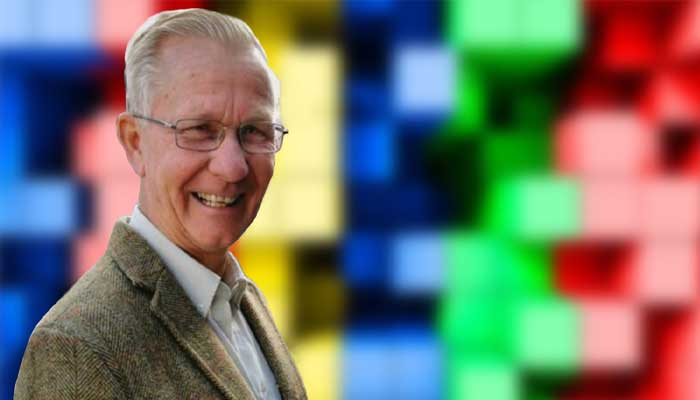 Bruce Bedlam! You’re the inventor of the Bedlam Cube. For those that don’t know the product, how would you describe it?
The Bedlam Cube is a puzzle. It’s easy to play – difficult to solve! My dream originally was to create a puzzle cube that gave adults and children a huge amount of fun. And also, actually, to show them that they’re capable of great things. They don’t need people to show them how it’s done – they can do it themselves. So it’s really a personal challenge, with thousands of solutions – can you find one?

Not always, Bruce, but I do love trying! It’s a great diversion. Before I go on, I’m curious… Did you change your name because you wanted to be associated with the toy? Or is Bedlam, by happy fortune, your real surname?
A bit of both, actually. I changed my name to Bedlam over thirty years ago. It wasn’t because of the cube, though… It was associated to a place – a village called Bedlam in Lancashire.

So it perfectly fitted in with the cube, but it was actually because of the village?
Exactly. I was involved in a treasure hunt and found myself in Bedlam looking for the next clue. 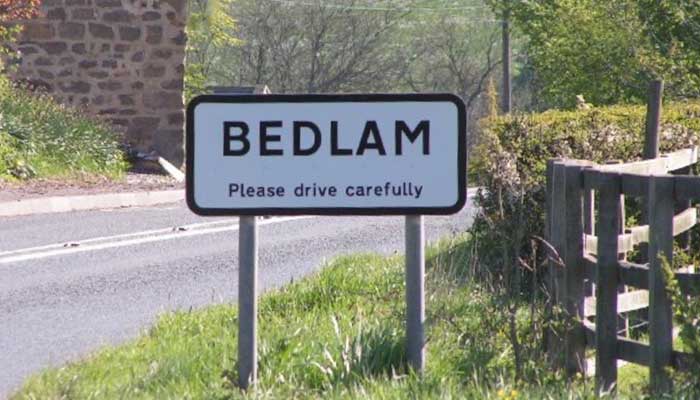 Okay! I nearly didn’t ask; I’m glad I did. How did you come up with the idea for the Bedlam Cube?
I spent years solving puzzles. It was early 1980 when I started working on the cube. I wanted to offer the maximum number of permutations, but the chances of doing it completely at random were almost impossible. It took a while to get right.

I bet! So you very deliberately sat down to invent… And how long was it before you felt you had the right balance?
It took over two years to find the right combination! It was completed by 1983. I first started to make the cube in Plymouth with a friend. Then a large toy company spotted me at a toy show. I stopped production to go with them, but they pulled out causing me to close.

Oh? I didn’t know that. Then what?
A couple of years after that, I went with another friend and that was okay. Then the nightmare happened. I won’t go into details, but – despite its success – I saw very little of the money from the Bedlam Cube. It was horrible.

Is that right? I had no idea… So are you not involved in the cube anymore?
No, it’s all in the past. I know my Bedlam Cube reached a lot of people all over the world, though, and created a lot of fun and excitement for so many people. It would’ve been nice to have been a part of that journey. Now, though, I have other amazing puzzles; I know they’d also give a lot of pleasure to people. 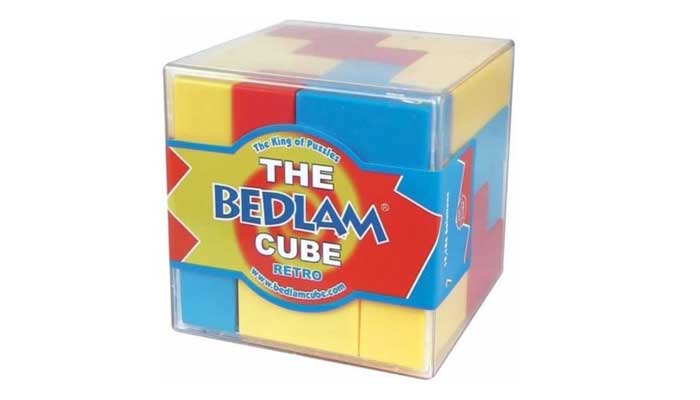 Well, let’s chat about that after this! What kind of inventions are under your belt?
I have many! I love inventing puzzles… I have a real beauty called Bedlam Bricks – it’s a flat pack with 13 pieces. Devilishly difficult! I also have an alien puzzle with 13 pieces – it’s from another world – again, a flat pack. I’ve made puzzles for executives to test their intelligence. Then there’s the Holy Grail of puzzles – one I don’t think anyone will solve…

It’s solvable, but almost impossible?
Right. It has millions of combinations – made up of molecular-shaped pieces. Oh! And my latest invention, which is in the research and development stage is the Bedlam Bike. What makes it special? It has no chain!

And what, Bruce, generates that kind of thinking?
I love challenges and puzzles. And I love questions! There are so many questions in life… So when I see something – like a bike – I really look at it, and I start asking myself questions…

About how and why things work? And whether they could be done differently?
Right. I mean, the bike has had many modifications over the years, but it’s basically stayed pretty much the same. I took the concept and started again – which was a real challenge. After years of looking, I finally found a design which is going to excite a lot of people – I hope! 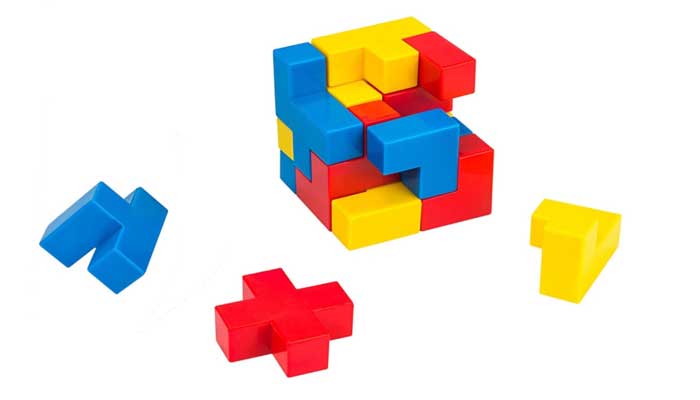 And on that point, is it easy to get people to buy into new ideas?
Well, like many products I design, they have to sell themselves. Once a person buys an item, I want their friends see it and want to buy it too. But it takes commitment and determination to bring a new idea into being. Most people want it to magic itself into being – but I know it takes time, commitment and effort.

Tell me, how do you stay creative?
We all have ideas from time to time, but not everyone puts them through the mill to make them into products. Rather than expect an idea to come to me at random, though, I think about what’s missing in everyday situations. Then I have to create something to fill the gap.

As easy as that!
Ha! If only it was, right? As you know, that’s when the really hard work begins. I can see the need for an item – but what will a solution look like? How will it be made? What colour? Can we make it to suit everyone? It’s so exciting to have a concept and take it to its final design, ready for market. Another thing I always consider is this: most good ideas have no language barrier! They’re truly international since the internet has created a global market.

At what age did you start inventing, Bruce?
My mother trained me from the age of five. I got the highest IQ in the army – they said I must be cheating because I got impossible scores! There are so many questions or investigations to solve, though… I’ve been involved in research on numerous projects. It’s who I am – my mind never stops! 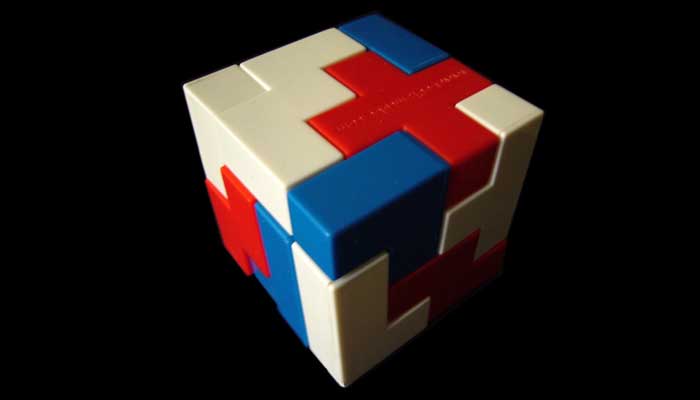 Would you say that’s due more to nature or nurture?
I guess my engineering background helps me a lot – I worked in research and development for years. To create a good product, you have to look at ease of manufacture: materials, weight, size, colours and so on. Then the marketplace… Who, really, are the people that will buy it? And a big part of it is that a product has to have the wow factor! It has to be a phenomenon; totally different – almost unexplainable. That way it captures people’s attention and holds it so it offers what I call play value.

In your experience, what stops people being creative?
I’ve been to college, university and industry – what I’ve observed is that people only copy and paste. That’s how the world works for most people – it’s easy and it saves time but, for me… Well, I like to think outside the box.

What advice would you give new inventors?
I’d advise them that the idea is one thing – but even having the product is just the beginning. You have to consider the wider picture. Where does the idea fit in the market? How do you get it to market? Finding the right person to manufacture, distribute, promote and sell the product is very important. It helps if an inventor understands all aspects of manufacture, marketing, distribution, intellectual protection and so on, but trying to do all those things yourself can be almost impossible – and finding someone you can trust to help is paramount! 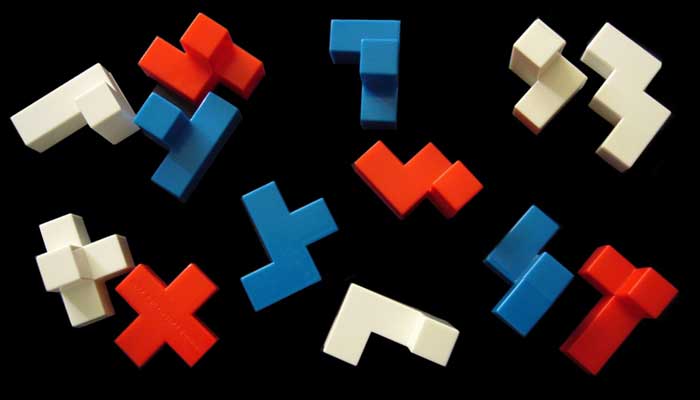 Good answer. I’m also fascinated by one of your non-inventor projects… Tell me about your thoughts on Stonehenge!
I’ve spent 50 years studying Stonehenge. I can tell you – 100% – that I’ve solved every detail of what was a magnificent building. I’ve made the greatest archaeological discovery in history… Nothing is in the pubic domain – it’s complete and ready for the right people to take it forward. I also found, during my research, King Arthur’s Round Table. It’s complete and ready to build – it will astound the world.

Wow. I’m glad I asked! Where can people find our more about that?
The only way to find out more about Stonehenge is to see me in person. Nothing’s on the web – all photographs are kept by me. I’ve been hurt in the past and that was a good lesson. I won’t let anyone take this information away – it’s more valuable than gold.

I wouldn’t presume to debate you. Finally, then, let’s wrap this up with my favourite question… What’s the most interesting object in your office or on your desk?
A pair of bronze lions made by Charles Knight – he was known as The Man who Could See Through Time.

This is the fella that did incredible paintings of dinosaurs, wooly mammoths, sabre-tooth tigers and so on?
That’s him!

Then that’s a fantastic answer! Bruce, thank you so much for making time to chat. 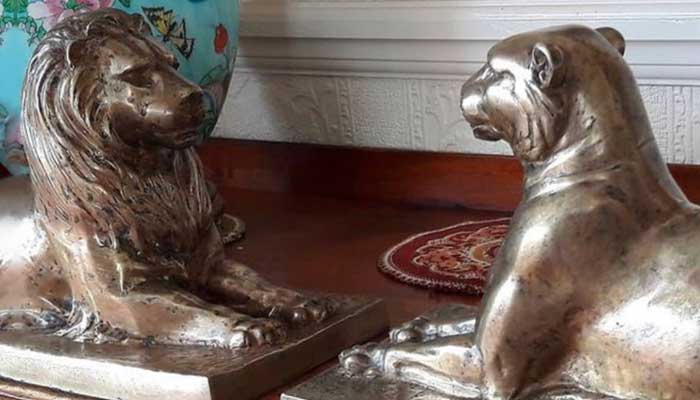