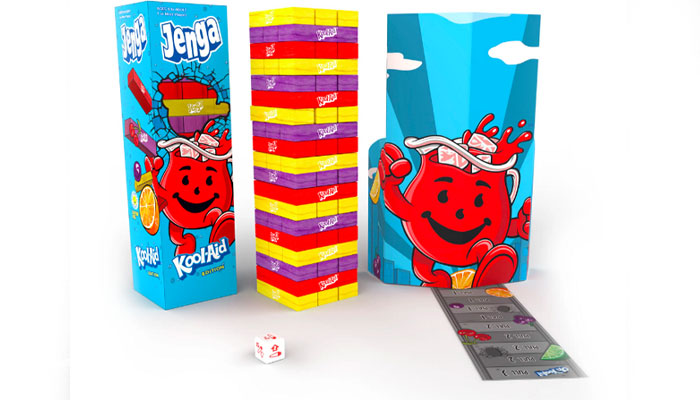 The Op is bolstering its line of licensed Jenga games with a Kool-Aid Edition.

In this version of Jenga, players have to remove and replace Cherry, Lemonade, and Grape coloured blocks according to the roll of a die, as Kool-Aid Man sets his sights on toppling it over.

A standee featuring Kool-Aid Man points to instructions on an Approach Track that indicates how many blocks a player must pull on their turn. The die can multiply that number by two or reverse the order that the turns go around the table. The winner is last player to complete a move before the flavour blocks come crashing down.

Other licensed Jenga launches from The Op includes Scooby-Doo, Bob’s Burgers and Harry Potter editions of the game.