Thomas Dagenais-Lespérance on how Bridge, music and simplicity aided the design of Decrypto 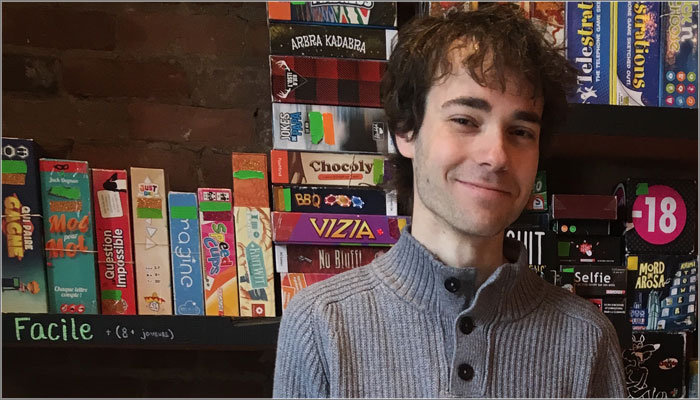 4, 3, 1… If you’ve never felt tense saying that sequence of numbers, there’s a good chance you’ve not yet played Decrypto.

The game’s addictive blend of logic, deduction and lateral thinking can either turn you into a master code-cracker or a gibbering loon based almost entirely on your teammates.

We caught up with its inventor, Thomas Dagenais-Lespérance, to find out if he’s on our wavelength… 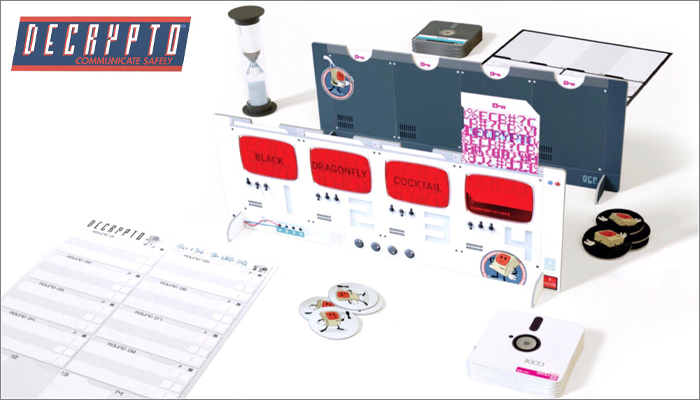 Thanks for joining us, Thomas; we’re huge fans. Your first published game was Decrypto… Calling it a word-association game doesn’t do it justice! It’s smart, it’s funny and it’s maddening. How did it come about?
The idea came partly from hearing my grandmother talk about her experience playing Bridge. In this game, or at least the way she plays it, partners may send codes to each other about the cards they have in their hands. I thought it was fascinating, and it gave me the idea to create a game about sending codes to your teammates, but running the risk of being intercepted by the enemy.

And in what ways did Decrypto change or grow between your having that idea, and it being published?
A lot and very little at the same time. It changed a lot in my head between the moment I had the initial spark and the first prototype, but relatively little between that time and publication. Very early versions in my head were much more tied to a war theme; there were to be attacks, movements of troops, that sort of thing.

Sounds like it was much more complicated?
Yes! As I slowly untangled how the game mechanic would actually work, the theme was simplified at the same time. I was walking home from work one day and it finally all came together in my head… When I arrived, I immediately wrote down the rules and made plans for a prototype. Some little things had to be tweaked after that, especially during the development process with the Scorpion Masqué, but the core game was all there.

Scorpion Masqué was the publisher but your background was as a logistics manager at FoxMind Games, and in music. How do these things help you as a game designer?
I think my background in music composition helps me a lot. I’m finding myself going through similar creative processes. Also, I was doing mostly instrumental composition, which meant that my music had to be played by actual people, which puts constraints on what you compose compared to say electronic music, not unlike board games versus video games.

So you used to apply simplicity as a restriction?
Yes; I always had to make sure everything was as simple as possible to play for the musicians, and I now do the same thing for games. As for the logistics part of my life, I think it mostly helped me understand how the industry works; what goes into the cost of a game. 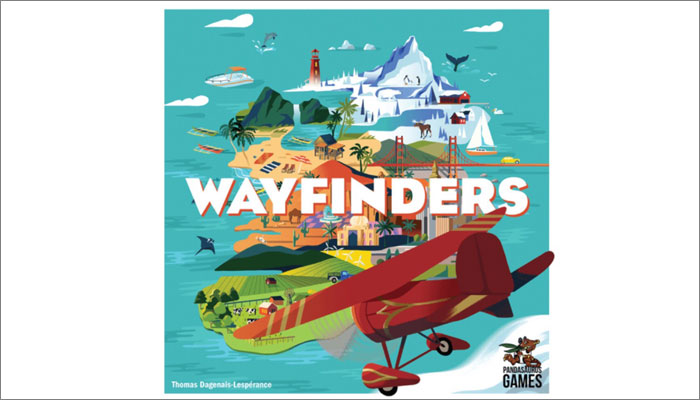 Of which, the upcoming Essen show sees the release of your latest game, Wayfinders. What’s the idea?
Wayfinders is sort of my take on the Splendor style of games. It’s a quick and simple strategy game with a press-your-luck element to the resource-collection aspect. Players move their airplanes around a shared board with different types of islands… They also build airstrips to earn all sorts of bonuses.

Sounds offbeat! How did it come about?
I wanted to do a game I’d be able to play with just anybody and teach in a few minutes. It’s also one of the few games I created where my inspiration was a mechanic. I usually try to create experiences first, then think of themes and mechanics that fit that experience. Wayfinders was different. I was just having fun with the resource-collection mechanism and decided to build a game around it. 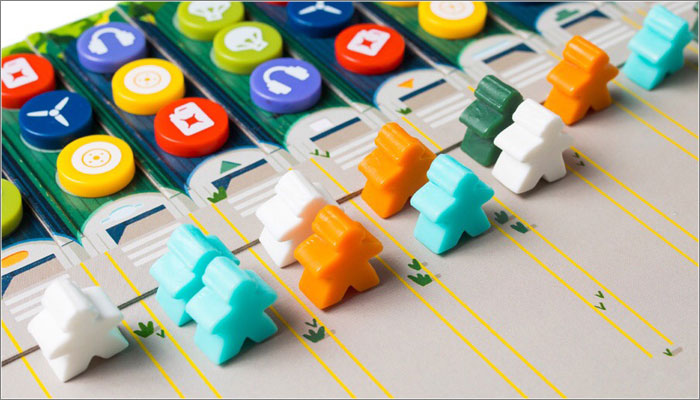 Finally, what’s the most interesting thing on your desk?!
Right now? Probably an origami crane… I’m working on a game that uses paper cranes as pawns, so I have a few laying around on my desk.