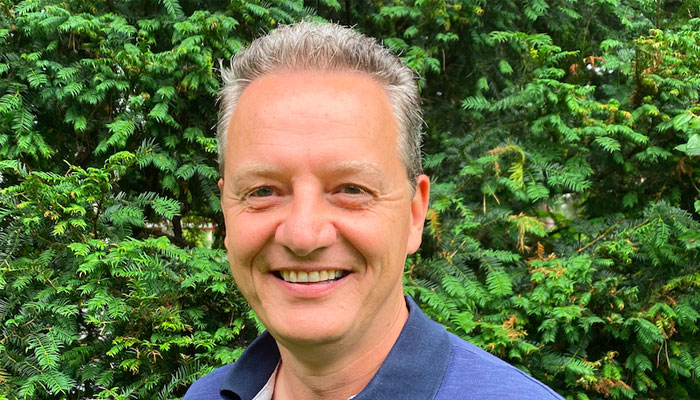 Thorsten, it’s a great to connect. Let’s start at the beginning ­– how did you find yourself working in games?
I grew up playing games, but I used to be an electrical engineer. During my engineering studies, I played board games, collected games and I even used to write board game reviews for the newspaper. I always wanted to have a game on my shelf that had my name on it!

I thought about designing games, created some prototypes and sent them off to different companies. A few were taken on by companies, but at this point, it was still just a hobby for me – I was still an engineer.

What helped you swap engineering for games full-time?
There was an opportunity that came up at Schmidt Spiele. Two of my games had been developed at Schmidt, so I knew the people there. They were looking for a game development manager and I put myself forward because we’d worked on games together already and I’d loved games for years. I said: “Please have a try with me!” and they did – I worked there for 15 years!

Amazing. You’ve been with Ravensburger for the past few years as an Inventor Relations Manager. Talk us through your approach to working with game inventors.
I want to see as much as I can from game inventors. We use Spielwarenmesse, Essen and many other shows to meet inventors throughout the year, and in recent years we’ve had a lot of video calls with this community.

We also started to host our own Game Inventor Days, where inventors can present their ideas to us. We saw 710 game ideas at the first one, so now we split it up a bit to manage the number of ideas that are submitted! It was great because we met inventors from all over the world.

My days are spent reading rules, playing games and writing a lot of emails – normal stuff for people working in inventor relations.

You’ve been an inventor yourself. Has that shaped how you work with inventors in your role now?
Absolutely. Having been on the other side of the table, I know how much an inventor can love their game. It’s their baby and sometimes it’s not an easy thing to pitch it to a company, especially when you mostly hear “Sorry, it’s not for us.” It’s a hard life for a game inventor! That said, I also know that when you do get something licensed, that’s great and it gives you the power to license more games.

I’ve experienced both feelings, so I try to make sure I give inventors useful feedback around how concepts can be improved. It’s my job to find the diamond in the rough. Sometimes the diamonds are dusty and need polishing, but because I was an inventor in the past, I can often help in that regard.

Most games can be made 10% better by changing something small, like dropping a rule to make it simpler or more replayable.

Have you got any recent example of games you’ve licensed that have gone through a bit of a transformation during that kind of creative collaboration?
Yes, Explorers – a game we licensed from Phil Walker-Harding – went through several changes through playtesting. It took a bit of time from the beginning of development to the end, and the game looked very different – but it worked out very well. 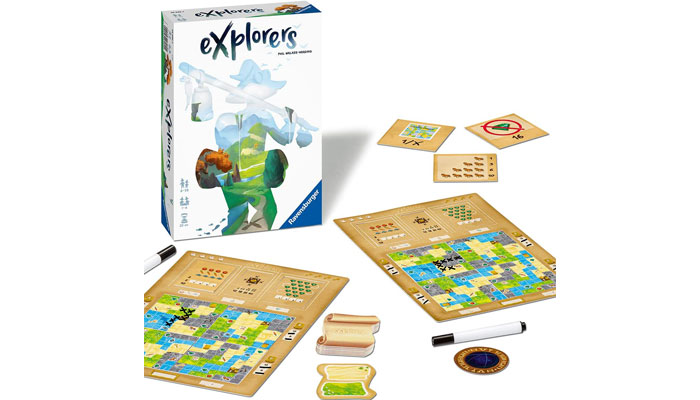 Ravensburger’s portfolio of games is vast, and quite eclectic – stretching from strategy titles to more family-friendly, mass market games. What sorts of games are you currently interested in seeing?
We’re interested in seeing most things. There are a few things that aren’t for us – we don’t want to develop two-player games, war games, sports games… But pretty much anything else we’re open to. We want fun games with simple rules, as well as heavier strategy games. We span the mass market to ‘gamer games’.

On that, we’re seeing mass companies dip a toe into tabletop more, and vice versa. Are the lines between the two blurring?
Yes, and I think both sides can learn a lot from each other. For example, mass market companies want games that have simple rules and tabletop companies like games that don’t rely on luck. On these two points, both sides could benefit from adopting the other’s approach.

Looking at your games line-up, and theme-wise, it spans everything from the lost city of El Dorado to The Great British Bake-Off. What advice would you give designers about choosing a theme for their titles?
Well, we’re seeing lots of exciting new games that show not all games have to have a medieval theme, or classic fantasy tropes. Games like Wingspan or Ark Nova bring fresh themes and it helps advance the industry because a lot of people find the ‘build a castle’-type narratives quite boring.

This is also where licenced games can really play an important role. Good licensed games – whether it’s based on a film, TV or another brand – help bring new people into board games. It can help broaden people’s perceptions of what a board game can be.

On that, Ravensburger’s licensed line-up has really impressed in recent years. What’s the key to crafting great licensed games?
It’s so important that players don’t feel we’re just taking pictures from a film or TV show and putting them on a board. You need to translate the feeling of a brand into the game completely, whether that’s the fun of The Princess Bride, the thrill of Jaws or the suspense of Alien. You have an immersive experience playing these games. 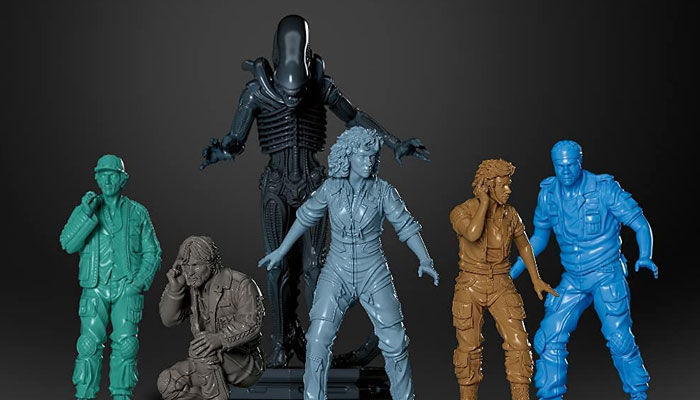 You absolutely do! I remember being startled by the image of Jonesy that greats you when you first open Alien: The Fate of the Nostromo!
Ha! Exactly! That was a brilliant decision from the team.

One of Ravensburger’s latest licensed games is an official Great British Bake-Off title. It’s not a brand that immediately screams ‘board game’… Are these kinds of ‘left field’ licensing deals something we’ll see more of moving forward?
It’s important to surprise gamers, and I think these kinds of launches do that. If it works, and it’s a great game, then I think why not! The Bake-Off game is the perfect example. These days, all kinds of brands can extend successfully into board games; with the right design, there’s no limit. 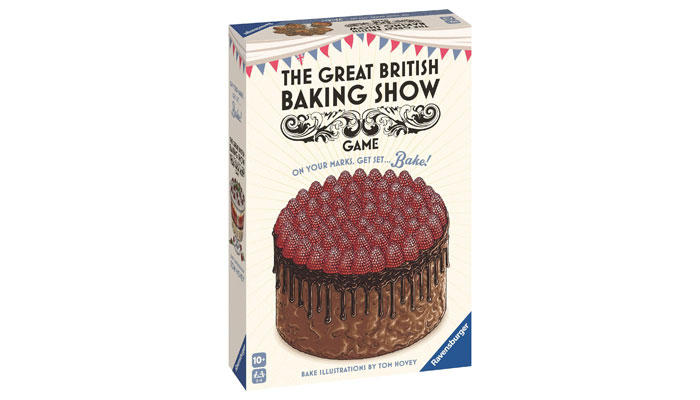 Let’s talk pitching. How can inventors impress you in a pitch?
It’s important to know what’s new about your game… Why is it innovative? We don’t want a game that’s like a lot of other games. You need to be able to tell us what makes it unique.

And what’s the worst thing to do in a pitch?
Ha! Don’t tell me: “This is the next Monopoly! You’ll sell hundreds of thousands of my game!” That’s never a good opening line for an inventor.

Agreed! One last question: what helps you have ideas?
A bath! In fact, most ideas come to me in the bath! You have to make space for your mind to wander; your brain needs to take a vacation. Any sort of pressure or stress to come up with ideas kills creativity.