Toys and gender: What’s a marketeer to do? 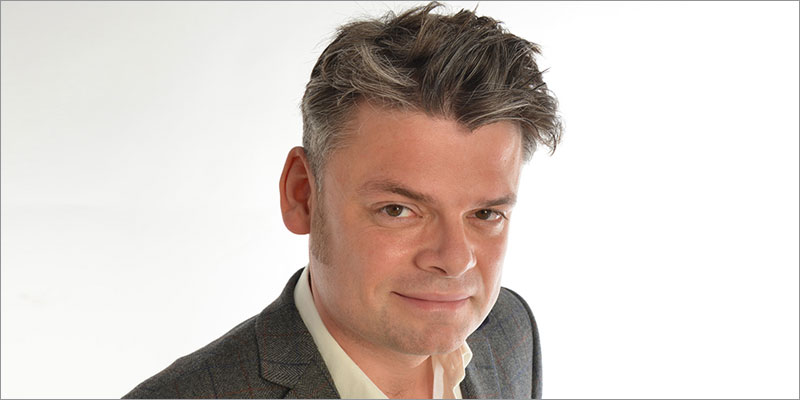 While ‘fun’ will always be at the front of a designer’s mind, it’s worth remembering that marketing – even of innocent games and toys – does not exist in a vacuum.

Here’s a childhood confession for you: I spent more time shampooing the strange felt hair of my ‘Eagle Eyes’ Action Man toy than I ever did throwing him around in the mud.  My memory’s fuzzy (just like Action Man’s hair was), but I don’t think that ‘play pattern’ ever featured in the TV ads of the 1980s.

Of course, this probably says more about me than Palitoy’s classic soldier doll (with facial scarring!) but the debate about gender equality and the social responsibility of the toy industry continues to play out, seemingly without end, in the press.

This week, it was the turn of Barbie’s boyfriend Ken to get a progressive make-over with a range of new models being released – one even with a ‘man-bun’, the hipster hairstyle of choice (I was holding out for ‘Dad Ken’ with a middle-age paunch and a sense of greying existential tiredness, but it was sadly not to be). 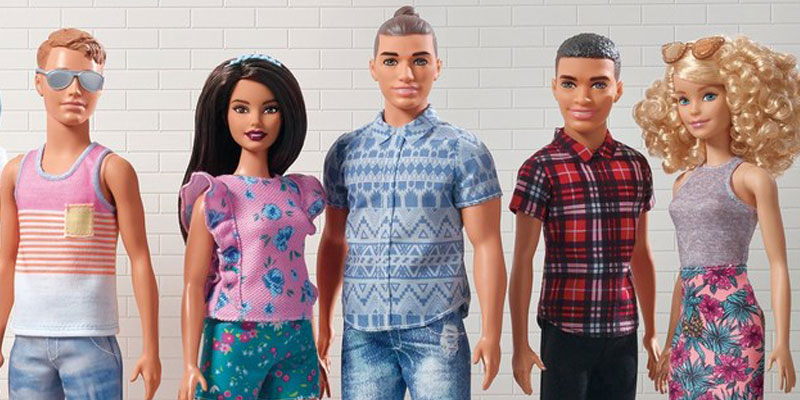 The DC Super Hero Girls line from Mattel will hopefully reverse a tendency to minimise female characters in superhero play sets, and plaudits are due to the industry marketeers mixing up gender traditions in advertising, such as Smyths’ ‘If I Were A Toy’ Christmas ad and (hello again Mattel) the ‘Dads Who Play Barbie’ campaign.

But for every positive story like these, or about retailers such as Hamleys and Target ditching the distinction between ‘pink girl’ and ‘blue boy’ toy aisles, a counter-outrage will soon boil over about sexist Subway kids’ meal bags (action figures for the boys, pretty wristbands for the girls) or the Early Learning Centre promoting ‘regressive’ play stereotypes (boys as heroic knights, girls as the rescued princesses).

Two steps forward then, one step back – but in a content-hungry age of media sensationalism, it’s worth trying to spot actual ‘outrage’ from clickbaity PR confections.

Lobbying groups like Let Toys Be Toys provide a commentary policing every apparent industry slip-up, but there’s plenty of anecdotal evidence from parents who simply don’t see the issue or don’t feel it is one to get animated about. Conversations with retailers often provide a pinch of ground-level realism – one independent shopkeeper I spoke to praised LEGO’s Research Institute Set (featuring all-female scientists), while at the same time flicking the dust off the box and moaning no one would buy it. 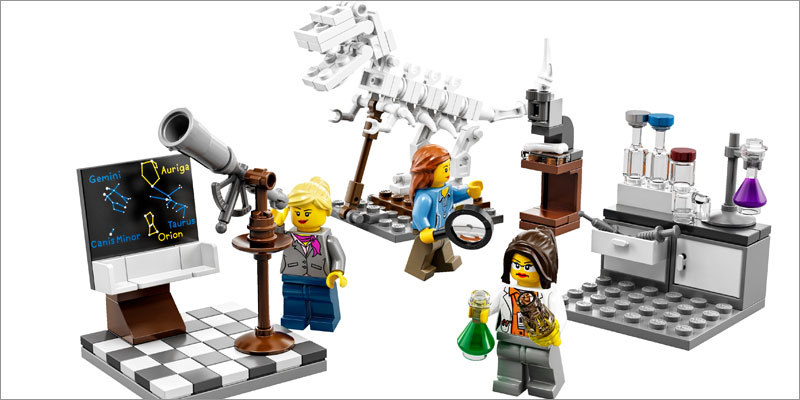 Treading the right line of gender politics is tricky in any public sphere, and it’s not difficult to feel sympathy for toy companies who are damned if they do and damned if they don’t – particularly with historical franchises and ingrained, multi-generational fan bases.

When Hasbro bought out the first wave of Stars Wars toys for The Force Awakens, they were hit by a #WheresRey? Twitter campaign (protesting the absence of Daisy Ridley’s movie character from the toy line), while the LEGO Friends brand initially managed to upset both dyed-in-the-wool LEGO geeks (by not being proper LEGO) and progressive parents (by being too pink and frivolous).

However, given levels of hype and movie studio secrecy issues, not to mention production lead times, it’s reasonable to assume toymakers may not have full access to storylines or be able to predict which characters will be an audience hit, whereas it’s a historical fact that almost from their inception, LEGO has tried to market to parents of girls (the company’s 1981 ‘What it is is Beautiful’ ad became a recent viral hit). 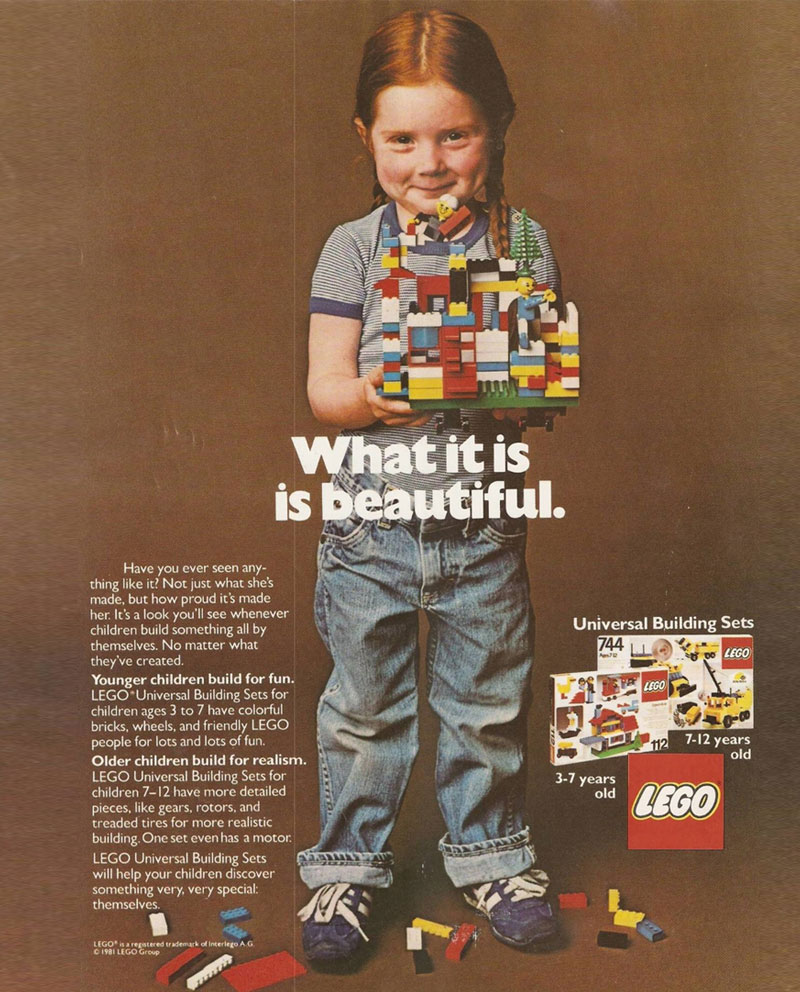 As a Dad to both a boy and a girl, I’m always surprised by what my kids will and won’t play with, both together and individually. I recognise it’s my own perceptions of what makes a good or bad toy that shapes what they get access to (although I run a losing race against what they see on the internet or talk about with their peers). The worthy, middle-class shop stocked with wooden, humourless toys can make my teeth itch just as much as the most violent plastic gun or simpering princess doll.

It seems toy brands – which often combine that heady mix of nostalgia and innocence – are peculiarly vulnerable to political and social critique, even more so when there is a trend for advertisers to co-opt nostalgic childhood figures to advertise distinctly ‘adult’ products (Thunderbirds for Halifax anyone?). Much as we’d like toys to ‘just be toys’, we probably can’t.

The challenge of gender-neutral toy marketing is part of a wider industry debate about whether social purpose can be grafted onto brands and have profit follow. It’s an approach already being contested by industry experts who claim consumers see beyond this sleight of hand.

It will be fascinating to see if new marketing approaches and ‘progressive’ toy lines will perform in this environment.

Can Ken’s man-bun shift the units? If so, you heard of Shampoo Action Man here first.

Nick Swift is a marketeer, writer, cartoonist and game designer.  His satirical (and distinctly gender non-neutral) card game, Modern Horrors, can be found at www.modernhorrors.co.uk or he can be contacted at nick@nickswift.com. 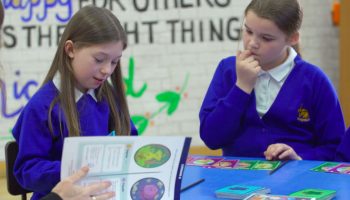