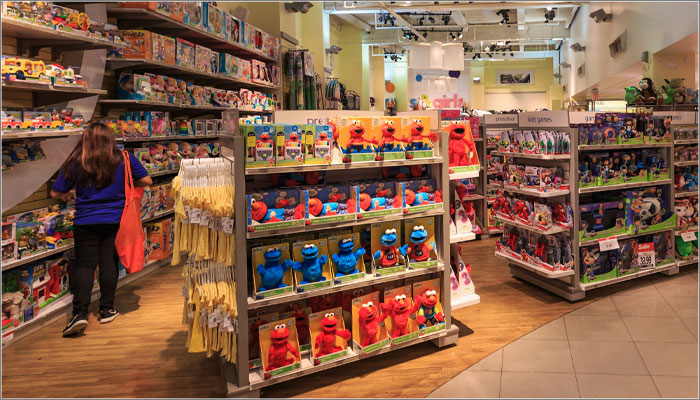 Sales in the first half of the year declined due to comparisons to the Toys R Us liquidation sales, which grew the first half of 2018. This was followed by growth in Q3 and declines in Q4, which was burdened with six fewer shopping days between Thanksgiving and Christmas.

Comparing noteworthy sales weeks over the holiday period, the week of Black Friday was flat when compared to the same time period in 2018, while the week of Cyber Monday grew 13%, and Christmas week grew 40%.

For the first time in NPD sales tracking history, toy sales during the week of Cyber Monday were larger than the week of Black Friday.

“2019 was one of the more complicated years to get a good read on toy industry health,” said Juli Lennett, vice president and industry advisor, Toys, The NPD Group.

“Every time period had a substantial ‘one-off’ event that impacted the trend. 2020 will be far less complicated and we should get a clean, like-for-like comparison of toy industry trends as early as January.”

Two Disney properties that had very successful movie sequels in 2019 were at the top of the property growth list: Frozen and Toy Story.

The Fashion Dolls class was the top dollar growth class of the 96 classes tracked by NPD. L.O.L. Surprise! led the growth in this class with the new O.M.G. fashion dolls followed by Disney Frozen and Barbie, which also contributed to the growth.

Supercategory sales highlights include Action Figures, growing 11%, led by growth in Toy Story and Fortnite which, combined, made up almost half of growing properties in Action Figures.

Sales were flat in Games and Puzzles, but Pokémon and Magic: The Gathering were two growing properties in the Strategic Trading Card Game class, the second largest top absolute dollar growth class behind Fashion Dolls.