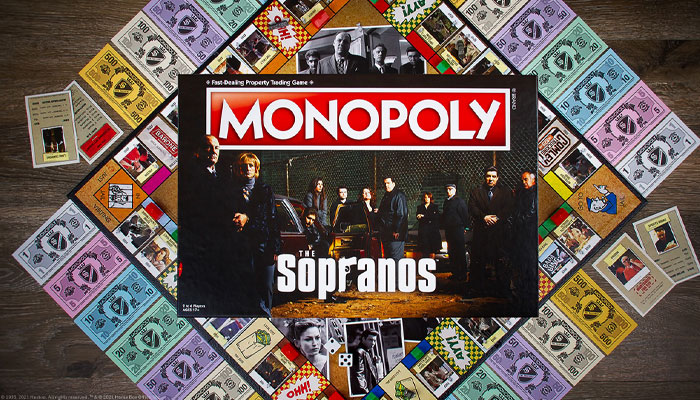 USAopoly has debuted Monopoly: The Sopranos, based on HBO’s Emmy Award-winning mob series.

AYY! and OHH! cards replace Chance and Community Chest cards, and players can stack up Stashes and Contraband on their properties to ensure they’re getting the most out of each visit.