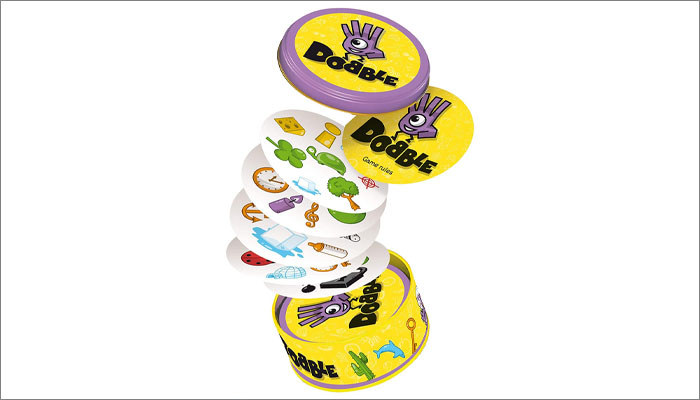 Usaopoly has signed a licensing agreement with Asmodee to release licensed versions of Dobble (also known as Spot It!), the multi-award winning pattern recognition game.

“Spot It!’s appeal, especially amongst families and kids, lines up perfectly with The Op’s long history of bringing fun games with a pop culture twist into American living rooms and kitchen tabletops,” said Michael Goncalves, Head of Zygomatic Studio, the Paris-based division of Asmodee responsible for the Dobble franchise.

Heather Campbell, Vice President of Sales at The Op, added: “This collaboration between Asmodee and The Op will add even more eye-catching and unmistakable visuals to the mix, making Spot It! not only a challenge of perception and dexterity, but personally enjoyable for fans to associate their favourite characters with victory.

USAopoly’s first wave of licensed Dobble games will launch in the US this fall.