Posted on 24th May 2022 By Billy Langsworthy 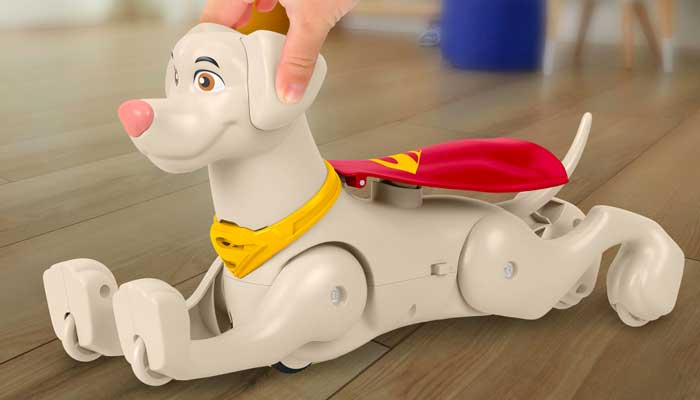 Warner Bros. Consumer Products and DC have detailed the line-up of toy partners for its upcoming DC League of Super-Pets film.

Fisher-Price has a line of figures, vehicles and play-sets, including the Rev & Rescue Krypto and Baby Krypto items, while Just Play is launching a range of plushies based on characters from the film.

Elsewhere, Rubies will debut a selection of officially licensed children’s costumes, including outfits inspired by Krypto the Super-Dog and Ace the Bat-Hound, while in Australia, Headstart will launch a plush toy range available at Australia Post and Big W.

“The endearing characters and themes of teamwork and inner strength depicted in DC League of Super-Pets inspired our team to develop a varied, cross-category collection that brings the heart, soul and fun of the film into the lives of fans around the world,” said Pam Lifford, President, Warner Bros. Discovery Global Brands and Experiences.

“From pre-schoolers who tell their own stories using Krypto and Ace toys, to parents introducing their future Super Heroes to reading, our goal is to give fans a variety of ways to bring DC League of Super-Pets home with them.”