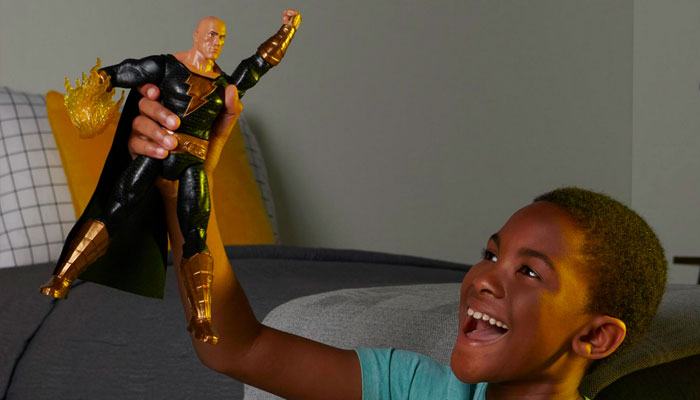 Warner Bros Consumer Products and DC have detailed the toys and games slate for its upcoming superhero blockbuster, Black Adam.

The company is also launching a Hawk Cruiser Patrol toy that stands at 16-inches wide from wing to wing, and features sounds, LED lights and comes with Black Adam and Hawkman figures.

McFarlane has 7” scale figures of characters including Black Adam, Dr. Fate and Cyclone, as well as mega figures of Atom Smasher and Sabbac.