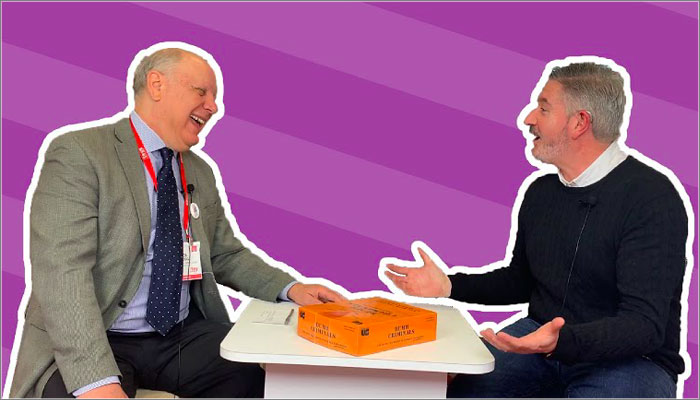 In the video, the two cover The Fantastic Factory’s Stupid Deaths and upcoming game, Dumb Criminals, as well as how David got into inventing games and what he feels is key to inventing a great game.