Posted on 13th May 2022 By Billy Langsworthy 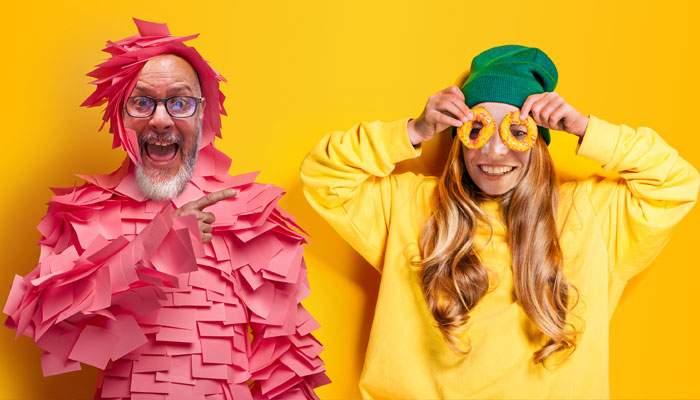 Ed, April; it’s great to catch up. Before we dive into your new course, how did you guys meet?
Ed Gartin: About four years ago I was walking ChiTag’s New Inventor section – just trying to do a lap before they closed between meetings – when I walked up to a table with a woman who was enthusiastic, excited about what she had and absolutely engaging; that was April.

April Mitchell: I was just starting out as an inventor in toys and games, it was my first time at ChiTag – now People of Play – and I had a couple of concepts at the time… Looking back, I was definitely a bit of a clueless newbie and a long way from where I am today. Still, I was proud of what I had and determined to make the time and money I had invested worth it.

So how did that first meeting go?
EG: Well, April pitched me her different concepts, and I could see that she really had a passion for it all. She had that kind of determination and grit you need to keep hammering away at it in this industry. I mean, it had been a long day already of pitching and just trying to get anyone interested in what she had, and here she was with as much passion at the end of the day as I am sure she had at the beginning.

AM: After I pitched my ideas to Ed, he was kind enough to give me some good feedback about what I had and his business card, which then led to me reaching out via email and following up with phone calls. Eventually our conversations become more than feedback on my current idea, but also suggestions and recommendations about what games to play and other things I needed to make it in the industry. It became more of a mentorship.

On that, Ed, what was April like to mentor?
EG: Amazing. She did so much learning and personal development between our chats and every time she came back, you could tell that she had learned a ton more and was on a fast track to success.

And April, what was Ed like as a mentor?
AM: Ed was a fantastic mentor. He was tough on me, but I needed it! He would say “Have you playtested this?” Of course, I had, but he’d say: “Have you playtested it 20 times?” and then tell me he wasn’t going to give me any more feedback until I had playtested it more. During those additional playtests, I would see so much more I could do with the game.

He provided me with lots of information, strategy, techniques and feedback; all the things you need to learn to push through to the next level. Basically, he’s a super fun guy to be around and a wonderful teacher. I am sure anyone who has the opportunity to work with him or learn from him would say the same. 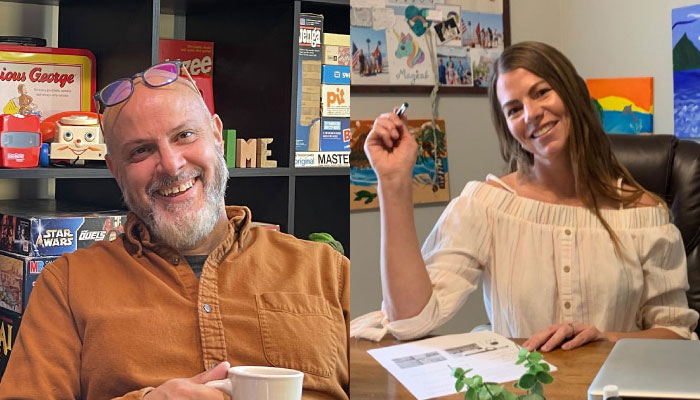 Well, people will have that opportunity soon with your new game design course. Where did the idea for this course come from?
EG: This course came about organically – it was built out of our interactions over the past few years. It started out with me mentoring April and then out of that – as she pitched much more than I did and met with a ton more people than I did – it grew into a mutual sharing of information.

At some point during that time, we thought it would be great if everyone could have this kind of experience, but the question was always: how do we take what we are doing and share it with more people? This led to the idea that maybe we could do this as a course together.

For those interested in the course, what are you covering? Who is it best tailored for?
AM: We will be covering a ton of great information to fast-track an inventor’s success in the Tabletop gaming industry. We are going to start out with research, inspiration, and ideation, then dive into understanding game design which will cover aspects such as developing your theme, experience, mechanics, dynamics and aesthetics; wrapping it up in the last two weeks with sell sheets, sizzle videos, and pitch decks.

EG: Each week, students will be applying what they learn to design a game, playtest it, iterate, and at the end of the course end up with a fully realised game. As a bonus, every student in the course will have the opportunity to pitch to us the game they’ve developed and get invaluable feedback on their pitch and their product.

There are various sources of information out there for budding game inventors, but what would you say is unique about this course?
EG: What makes it different from all of the high-level ‘here’s the toy and game industry as a whole’ type courses is that ours is a really focused course on game design and being a game inventor.

Most of the other courses that are out there right now want to teach you everything they can about the industry in 12 weeks, how it operates, and how you should operate as an inventor within it – which is really good information to know. But there are plenty of other people doing that… What we wanted to focus on is giving Inventors the specific skills and tools needed to excel as a game inventor.

Maybe in the future we’ll build on that and teach another course on another aspect of the industry. But this course is for people who really want to excel at inventing games. Whether you’re just starting out or are a seasoned-veteran, you’re are going to get a lot of great information on designing great games. What we have created will give you the skills you need to be successful as a game inventor, without spending an inordinate amount of money to get there.

Yes, what is the cost?
EG: The course is only $495, that’s 16 sessions with April and I, over the course of eight weeks. If you break that down, it costs less than a night out for dinner, to learn all the skills you need to become a professional game designer.

What’s the key to being a good student on a course like this?
EG: A good student is open to new ideas and feedback. They are willing to be pushed and try new strategies and different ways of doing things. A good student is eager to learn and makes the most out of their time in the course.

Conversely, what makes somebody ‘tough’ to teach?
AM: During all my years coaching at inventRight, I’ve learned that someone is tough to teach when they are set in their ways and not truly open to learning. If they come in unwilling to try something new and listen to some ideas that may at first sound crazy, they just aren’t going to get all the value out of this course.

This is obviously a brand-new course, so what formed your own game design education?
EG: Well, certainly the fact that I have been in the games industry off and on for the past 22 years. I have spent time working with and meeting lots of game inventors over the years, and I have seen and played hundreds and hundreds of games, which certainly also taught me a thing or two about gaming.

But one of the most important factors in me getting to where I am and knowing what I know is the mentors I have had in my life. Which is why I have tried to repay the kindness of others over the years by being a mentor to other people.

And what about you April? How did you learn the ropes of game design?
AM: Playing other games is so important in the process of becoming a game designer. I find that playing games with my friends and family gives me all sorts of ideas, not just for new games, but what sort of other game mechanics are out there that I may want to use in a future game. If you are going to be in the game industry you really need to play a lot of games!

And, of course, finding and listening to mentors like Ed who have been in the business a lot longer than I have! I also find that co-designing games with companies is a fantastic opportunity to develop your skills as a game designer. Pretty much every company has its own way of doing things, and by working with them you will pick up some new tools and techniques for designing games.

Guys, this has been fun. I have a final question: what’s one lesson you wished you learnt early in your career, that your students will get to grips with on your inventRight course?
EG: It’s important to understand how games work, and why they work. Loads of people will try to make the next Monopoly by using the existing game mechanics of Monopoly and applying a new theme. But you aren’t looking at making the next Monopoly… You should set out to make something entirely different. That’s how you create games like Catan, The Mind, Wingspan, and The Crew, which are just a few of the fantastic experiences out there that are so much better than Monopoly or any of the classics.

AM: An important lesson I’d wish I learned earlier on is the importance of playtesting! Just because a game worked out a few times doesn’t mean it’s 100% good to go. You really need to playtest it a ton of times yourself and with other people to find out how great it is. I always recommend game designers have other people besides their family playtest their game to get different reactions and perspectives. Playtesting is a game-changer!

Wise words. Guys, a huge thanks again for taking time out. And for anyone interested in the course, you can find all the details at: https://inventright.com/master-tabletop-game-design/#open.