X2 Games debuts St. Noire, a new murder-mystery board game that you play with Amazon Alexa 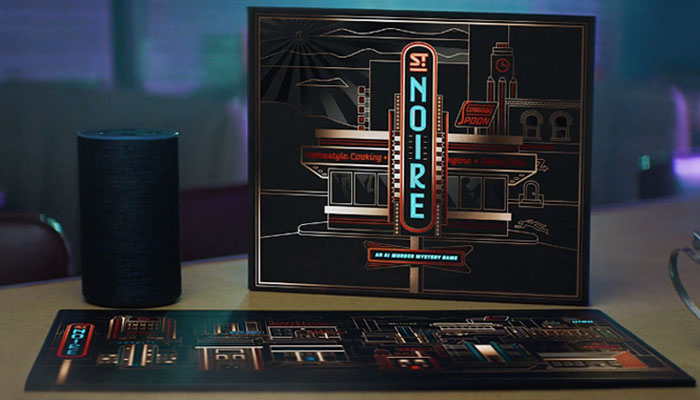 X2 Games has unveiled St. Noire, a murder-mystery board game that you play with Amazon Alexa.

The game sees players work together to solve a murder case in the mysterious small town of St. Noire. Players will interact with their Alexa smart speaker to discover clues, interrogate witnesses and figure out who is behind the killings.

Professional voice actors will voice all characters in the game, and there are six different plots to play through.

The game is due for release next month, and you can check out the trailer for St. Noire over at: https://www.st-noire.com/amazon-alexa.