Hywel Sedgwick and Ruth Knox: What do people want to play on the world’s only double-decker bus board game café? 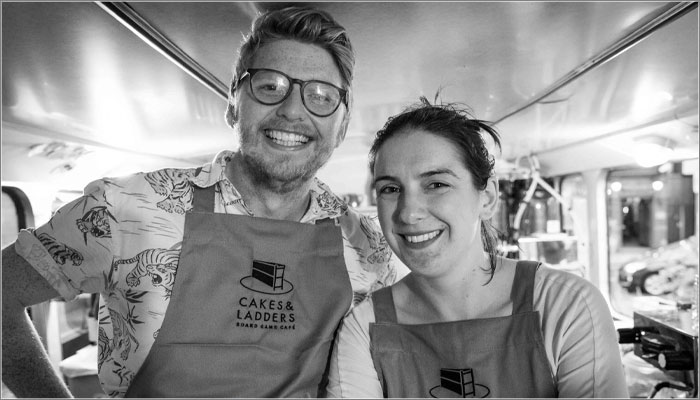 We’re currently raving about a theatre show called, ‘The Pun’ – we love a play on words… And so too, it seems, do Ruth Knox and Hywel Sedgwick; founders of board game café, Cakes and Ladders.

Intriguingly, this North London venue is on an ever-stationary double-decker bus! We chatted with the pair to learn more about who plays what at one of the quirkiest cafés in town… 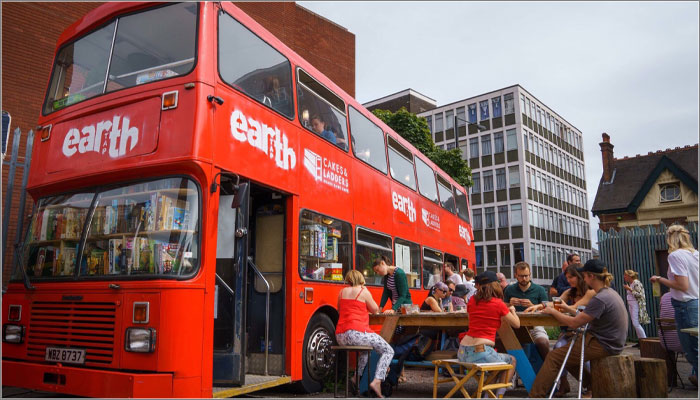 So – a board game café on a bus. First off, whose idea is that? How did it come about… And where did you get the bus?!
Funnily enough, we were looking for a traditional bricks-and-mortar café, and our bus just fell into our lap! A member of the team at Tempo, a social enterprise who run a London-wide time-banking scheme, heard we were looking for a site. They put us in touch with Earth Ale, a local brewery… They were taking over the bus to run as their taproom, but looking for a partner to run the café side of things – the rest, as they say, is history!

Happy days! And this might seem like an odd question, but who are your customers? Passersby that like a bus? Or regulars who like a game?
Bit of both! Increasingly, we’re building up a regular-customer base from the North London community, and even people coming from as far afield as Australia, the U.S. and Germany to join us for a game or two. We certainly get the odd bus spotter, though; they really get a kick out of it, and many a passerby just can’t resist a cuppa on the top deck.

If only Top Deck shandy was still available; you’d sell loads! And it’s a London bus, is it?
It was actually driven over from Ireland! Originally, it was green; it’s only painted red to look like a London bus! But shhh… Don’t tell anyone!

Your secret’s safe; no one reads this column. What kind of events do you put on?
We have a board-game club on the last Wednesday of the month, which is specifically aimed at keen board gamers looking for new people to play. We also have themed quiz nights on the first Wednesday of the month… They’ve included Harry Potter, Game of Thrones and Friends trivia to name a few! Then we have Role Playing Game Tuesdays – including Dungeons & Dragons – and other one-off games such as Fiasco and Dread. 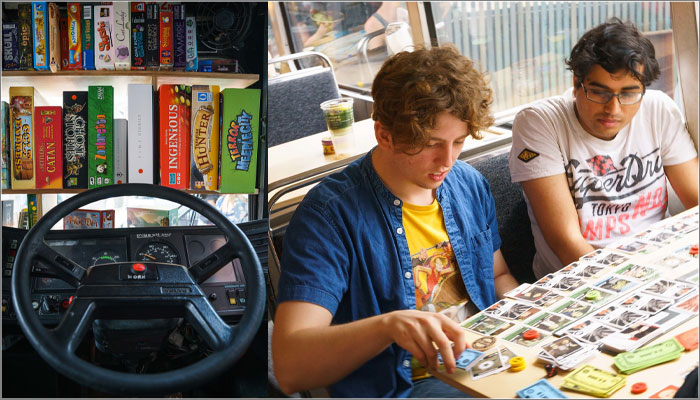 For interim customers, do you have a list of games that are super-simple to explain?
Yes, we have some favourites we recommend time and again. Particularly two-player games such as Hive and Lost Cities, and party games like Colourbrain and Obama Llama. We get a lot of people asking for those.

And are there titles that you think should be more popular than they are? Or vice versa?
Sometimes I’m amazed that Catan and Ticket to Ride remain as popular as they do; in my mind there are more engaging alternatives. One of my personal faves is a competitive code-breaking game, Decrypto… It always seems to get overshadowed by Codenames somehow.

Oddly enough, we just spoke to the inventor. It’s fantastic; and you’re right: underrated. Do your customers appreciate the creativity of these games, or is that not evident?
Most customers just want something to keep them entertained for a few hours – but then the creativity of a designer is central to this. We definitely get some customers who can chat for hours about different mechanisms and design features. 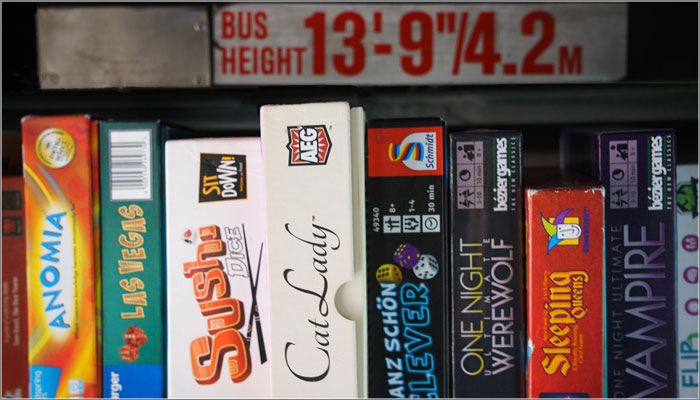 How often do folk come to you with ideas for games, asking if they’re on to something?
We’ve had a few people turn up with prototypes! Unfortunately, we’re generally too busy slinging coffee to sit down for a game there and then… Always best to call ahead. We probably get a message every week or so from new game designers about things they have in development. We’re always happy to have a demo copy for our games library, or promote a Kickstarter if we like the look of it.

Terrific! What can people learn, do you think, from playing lots of different games?
You can learn a lot about different game mechanics and game design by playing as many games as you can. Games can also teach you any number of things, from random trivia, how to engage in a group, to training your balance and having a steady hand!

Finally, if you could consign to oblivion something about games that you hate, what would it be?
From our perspective, I’d probably say the ability for pieces to go missing. That may not be realistic! I’d also say badly-written rulebooks… These often get in the way of our customers having a good time with a game.

You’re preaching to the converted there! This has been fascinating; thank you so much for your time. We’re going to look for an excuse to come back soon!